Central to the question of reform is gauging the actual power of the comparatively young Crown Prince Mohammed bin Salman. "The character of Saudi Arabian authoritarianism has changed," said Steinberg. "An oligarchy dominated the country between the 1970s and 2015. Today, you only need to know two people who can make decisions."

The first is the autocratic duo King Salman (Salman bin Abdulaziz Al Saud) of Saudi Arabia, born in 1936 and currently suffering from ill health; and the second, the active head of the Saudi government Crown – Prince Mohammed bin Salman, who was born in 1985.

"After the Khashoggi murder, there was a brief hope that [their power] would be weakened," said Steinberg, referring to the murder of the U.S.-based Saudi journalist Jamal Khashoggi in the Saudi consulate in Istanbul in October, 2018. "But that does not seem to be the case." 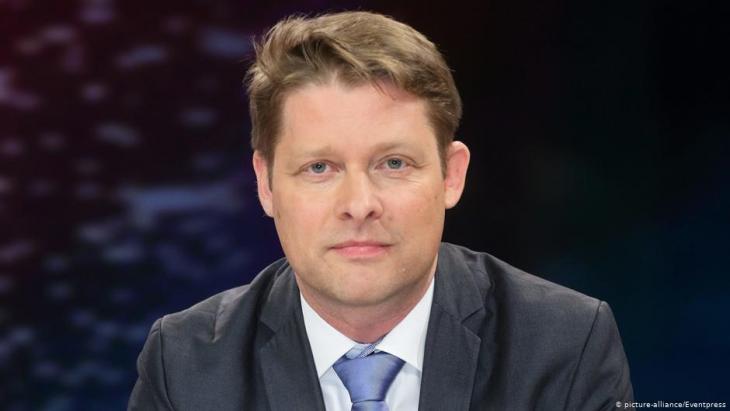 King Salman and Mohammed bin Salman hold the reins of power in the Kingdom: "The character of Saudi Arabian authoritarianism has changed," says Steinberg. "An oligarchy dominated the country between the 1970s and 2015. Today, you only need to know two people who can make decisions"

According to Steinberg, reforms and authoritarianism are no contradiction for bin Salman. "A few years ago in Saudi Arabia, it was easy to criticise government policy. There were two taboos: religion and rulers. You could happily have constructive policy discussions. Today, you have to expect that you will land in prison for very, very weak criticism."

And yet Salman may still be seen as a source of hope for the younger Saudi generation, even after the Khashoggi murder that he allegedly ordered.

Steinberg said that the current regime has been willing to liberalise some aspects of Saudi society, including allowing women to drive cars, and to travel without the permission of a male guardian such as father or husband.

Such reforms "give him support," Steinberg said of a leader who is said to be slowly breaking down an ossified system. "I believe that he really has the chance to become a great reformer, if he is economically successful," Steinberg added.

While Germany, Britain and France agreed this week that Iran was behind the attack on Saudi oil facilities in early September and called on Tehran to avoid further "provocation", Steinberg is unwilling to apportion blame. Instead, he has tried to understand how the situation has presented itself from the perspective of many cosmopolitan Saudis.

According to Steinberg, these Saudis have complained that the Iranians were now ruling four capitals: Baghdad, where Iranian influence is very strong; the Syrian capital Damascus, where Iranian militias have kept Bashar al-Assad in power; Beirut, which is controlled by Iranian-backed Hezbollah; and Saana in Yemen.

Paradoxically, Iranian influence has increased dramatically as a result of U.S. intervention in Iraq, with the ousting of Saddam Hussein having destabilised the region. "On the other hand, we see new alliances that we have not thought possible," Steinberg noted. "Saudi Arabia and Israel have a nearly identical Iranian policy."

Guido Steinberg is senior associate and member of the Middle East and Africa Research Group at the German Institute for International and Security Affairs.

Madawi al-Rasheed is one of a group of Saudi exiles responsible for founding NAAS – the National Assembly Party. Set up on Saudi National Day in September, it is the first ever ... END_OF_DOCUMENT_TOKEN_TO_BE_REPLACED

In the Arab world, freedom of opinion collides with a societal juggernaut that silences imagination with remarkable efficiency. Egyptian author and novelist Khaled al-Khamissi ... END_OF_DOCUMENT_TOKEN_TO_BE_REPLACED

This 11 September marked the nineteenth anniversary of the terrorist attacks in New York and Washington. The wide-ranging repercussions of those attacks in the years since 2001 ... END_OF_DOCUMENT_TOKEN_TO_BE_REPLACED

Thousands of migrant workers from Africa are currently living in degrading conditions in detention centres in Arab countries. A human rights organisation has accused the Gulf ... END_OF_DOCUMENT_TOKEN_TO_BE_REPLACED 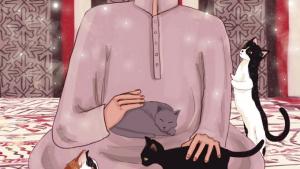 "You see me in the eyes of cats, and I see you"

In late August, Twitter was awash with grief and disbelief at the gut-wrenching news of the passing of a man known only by the pseudonym Barg ou Ra'd ("Lightning & Thunder"). ... END_OF_DOCUMENT_TOKEN_TO_BE_REPLACED

Is he a reformer, a despot, or both? Ben Hubbard's detailed biography explores Mohammed bin Salman's style of rule – even though he has not yet acceded to the Saudi throne. Moritz ... END_OF_DOCUMENT_TOKEN_TO_BE_REPLACED
Author:
Sabine Peschel
Date:
Mail:
Send via mail

END_OF_DOCUMENT_TOKEN_TO_BE_REPLACED
Social media
and networks
Subscribe to our
newsletter