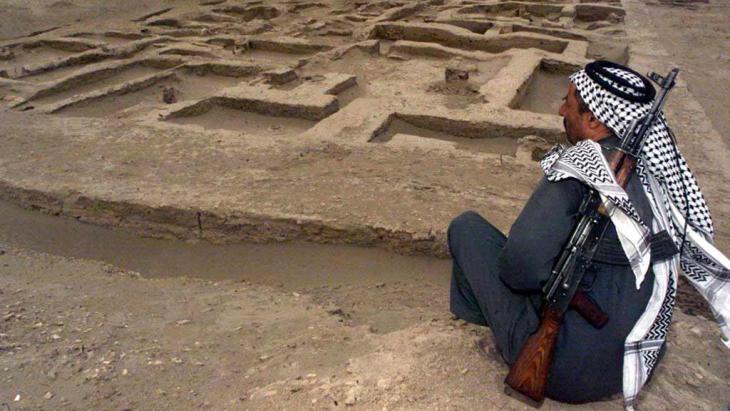 Between Tigris and Euphrates
Mesopotamia: the cradle of civilisation

The Middle East is not only the scene of terrible violence, but also the birthplace of modern civilisation. It is high time we recalled the historical significance of ancient Mesopotamian culture, realising that current events in the Middle East are also a threat to our own identity. By Melanie Christina Mohr

"Deep is the well of the past. Should we not call it bottomless?" is how Thomas Mann introduces his epoch-making novel "Joseph and his Brothers". This fertile sheaf of printed paper challenges its readers and blithely plunges deep into the layers of the ancient Orient, as if its subject matter were self-evident. The reader frequently needs help, jotting down question and exclamation marks in the margins. And for this reason the book is a fantastic example of the function assigned to literature when it comes to humanity’s collective cultural memory.

These troubled times are crying out for literary linchpins, books that will form connections and do the work of memory. Books to make people realise that the places where terrorism and war are currently spreading like wildfire also formed the origins of our civilised existence. To point out that our collective memory must not be limited by man-made geographical borders, which were completely unknown to ancient Mesopotamia: from its beginnings, through its heyday, to its final decline. And that the belligerent methods mistakenly used by the three great monotheistic religions to protect and spread their influence – methods that some of their supposed representatives still use today – were never part of the pathos of the ancient Orient. On the contrary, there was once a place in the Pantheon for each new divinity who came along; religious wars were unknown.

Cornerstone of literature and culture

The Orient was thousands of years ahead of Europe; until the high Middle Ages, it was the cultural centre of the world. While the ancient Greek chronicler of history, Herodotus, was marvelling at the history of ancient Egypt in the 5th century BC, Rome was still an unremarkable landscape. The end of the European Ice Age coincided with the start of agriculture and animal husbandry in Mesopotamia, known as the Fertile Crescent; this was followed by the domestication of cereal crops and animals and the development of the first settlements, then city-states and finally territorial powers.  The early fortresses of the Middle East were already slumbering under a millennium of earth when the first farmers began working their land in Europe. 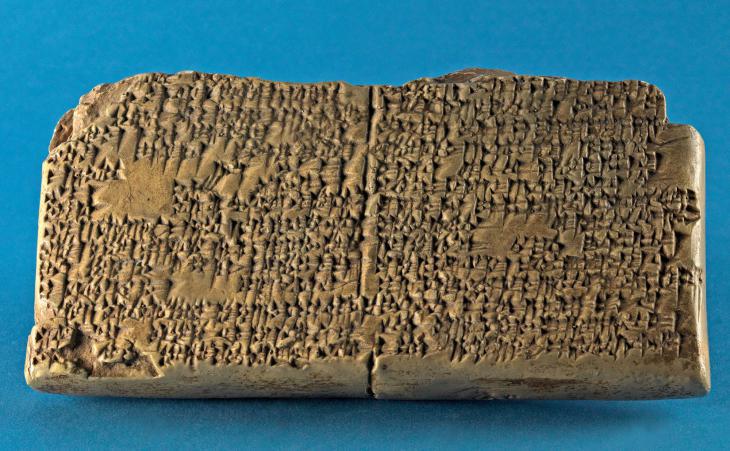 "The oriental invention of writing in around 3200 BC laid the cornerstone for literature and scholarship. The Gilgamesh epic - the first epic in world history - was written in the Babylonian language on solid clay and continues to fascinate and inspire poets and philosophers to this day," writes Mohr

The oriental invention of writing in around 3200 BC laid the cornerstone for literature and scholarship. The Gilgamesh epic - the first epic in world history - was written in the Babylonian language on solid clay and continues to fascinate and inspire poets and philosophers to this day.

It is not – as is so often claimed - enlightened Romanticism that tied German classicism and later writers like Thomas Mann so closely to the Orient. It is rather the far-reaching understanding that this was something familiar, not foreign.

Preserving the fascination of the everyday

Over the last 150 years, meticulous research has brought to light much information about what was harboured over thousands of years in the heartland of the ancient Orient between the Euphrates and Tigris rivers – its fertile womb. We have available a vast wealth of textual sources that allow us to understand the beginnings and the development of our culture.

We need to throw off the blinkers of our Eurocentric perspective in favour of a whole, rounded picture; one that naturally creates the fascination and the knowledge to make us value and protect humanity’s beginnings. Thanks to the remarkable work of archaeologists and experts on the ancient Orient, these days we can reconstruct events in the Middle East from 10,000 years before Christ, up to the spread of Islam.

Alongside archaeological field work, the tireless work of scholars worldwide on the wondrous cuneiform script allows us to glimpse a world that has provided the basics of our everyday lives. Things that now seem obvious to us, like dividing a day into 24 hours, a minute into 60 seconds, a circle into 360 degrees, not to mention the use of the alphabet; and these are just a fraction of the accomplishments that have been handed down from the ancient Orient to our present day. 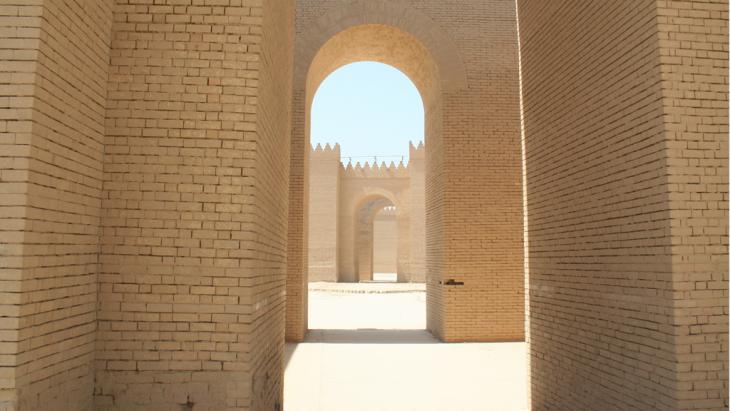 The end of the European Ice Age coincided with the start of agriculture and animal husbandry in Mesopotamia, known as the Fertile Crescent; this was followed by the domestication of cereal crops and animals and the development of the first settlements, then city-states and finally territorial powers. The early fortresses of the Middle East were already slumbering under a millennium of earth when the first farmers began working their land in Europe

At a time when culture was not an accessory-like addition, but an essential, autonomous whole; a tool that influenced the course of events in an area that, in its natural form, did not define itself using geographical borders.

Today, in particular, it is tremendously important to be aware that the havoc and destruction in the Middle East doesn't merely represent a loss for those who are now coming to Europe; it is a loss for all of us. We must remember that the desperate people enduring life in refugee accommodation have hitherto been preserving and cultivating something that represents the keystone of our culture. It is not a case of stylising what is ours by drawing a line between it and what is foreign, but of understanding that in this sense, there is no "foreign".

The senseless extinguishing of human lives and the destruction of what humans have created is a brutal act which can only be defined as weakness and will result in much more than just silencing our collective memory. In spite of the great risks, human rights organisations are travelling to the Syrian and Iraqi crisis areas and tirelessly attempting to provide aid there; archaeological teams are going to the region dominated by terrorism to carry on their excavations and support the local population in protecting their cultural inheritance.

In places, it may have read like a naive desire for global unity, but at bottom it is just a simple conclusion by analogy, that we must protect what defines us.

Home
Print
Newsletter
More on this topic
The destruction of Yemen's cultural heritage: Treasures of humanity under threat Syria's cultural heritage under threat: "Virtually nothing is left"The German archaeologist and explorer Max von Oppenheim: Enchanted by the myth of the OrientIslamic Archaeology: Samarra, centre of the world
Related Topics
Antiquities and historical monuments, Arabic literature, Archaeology, History of the Near and Middle East, Literature, Middle Eastern studies
All Topics

The clashes in Baghdad between supporters of Muqtada al-Sadr and pro-Iranian militias show that an intra-Shia power struggle is in full swing. An analysis from Cairo by Karim El- ... END_OF_DOCUMENT_TOKEN_TO_BE_REPLACED

Bachtyar Ali sends the hero of his latest novel – "Mein Onkel den der Wind mitnahm" – literally flying. Jamshid is so thin after his years as a political prisoner that a gust of ... END_OF_DOCUMENT_TOKEN_TO_BE_REPLACED

In this essay, renowned Lebanese journalist and writer Hazem Saghieh asks whether the Arab Levant, which stretches from Iraq in the east to Egypt in the west, will remain an ... END_OF_DOCUMENT_TOKEN_TO_BE_REPLACED

Climate change is taking its toll on communities in Iraq. Younes Ajil turns on the tap in his home but nothing comes out. Villages in the south of the drought-hit country are ... END_OF_DOCUMENT_TOKEN_TO_BE_REPLACED

END_OF_DOCUMENT_TOKEN_TO_BE_REPLACED
Social media
and networks
Subscribe to our
newsletter