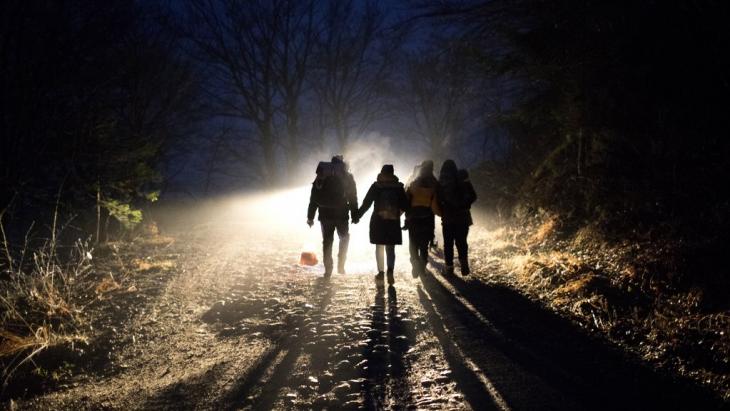 Beyond the hackneyed Syrian refugee trope
Engage with our work, not our biographies

Over the last five years, there has been a "boom" of Syrian literature translated into German that has been noted by numerous writers, translators, and publishers. While no concrete data about the scope of this boom exists, this intense interest in Syrian writers is felt across Berlin.

But what limitations have come with this interest? Ramy Al-Asheq, one of the more well-known Syrian poets in Berlin, said that demand for his work has definitely increased in the last four years, but, "The problem is that they’re not really interested in the literature or in the Arabic language, but in certain countries where there is conflict, and where there are sexy stories." Many authors cited a pressure to relay "current events" rather than craft a work of literary merit. In Al-Asheq’s words:

People say, 'show us how much you are suffering on the way to Europe, and how much Europe is good' – they want to know about [the Syrian conflict] because it is something happening now, so it’s not about the literature, it’s about events. I don’t find this really progressive. Because… the problem is that a lot of authors… started writing what the Europeans expect and what they want to read.

Writers describe this pressure to write about the Syrian crisis, whether through fiction, poetry, or personal narrative, as a central part of being a Syrian writer in Germany. Beyond this, conflation of the author’s lived experience as a migrant with their literary work appears to be ubiquitous within the industry. This was forcefully expressed by writer Yassin Al-Haj Saleh:

You are writing a paper, and you can hide behind your work, and your analysis; I cannot hide behind analysis. I am always there, and even when I am not there and I’m not writing about my story, and there is no 'I' in most of my work, still, in a way, it is 'my story' … I feel as if I am not read closely, or critically. I want the content of my work to be read, not the biography on the back cover. 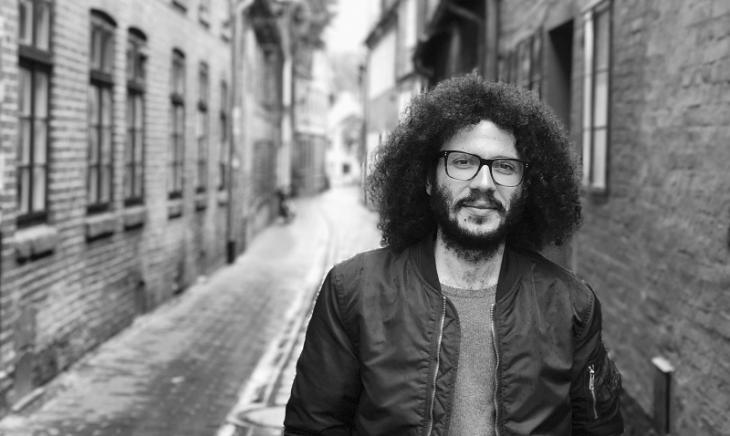 Writers under pressure to cater to the lowest common denominator: "People say, 'show us how much you are suffering on the way to Europe, and how much Europe is good' – they want to know about [the Syrian conflict] because it is something happening now, so it’s not about the literature, it’s about events," says Asheq

Many scholars have noted the conflation of Arab women authors with their fictional work, where Arab women’s literary voices are seen as representative of the experiences of the group (Amireh, Booth). The same is true of stories of Syrian migrant authors and the wave of Syrian literature being published today. As Al-Haj Saleh said, "I am famous now because of what happened to me, but it is always an exaggeration." His story is packaged to be consumable for an audience hungry for these "sexy stories of suffering".

For Al-Haj Saleh, being taken as representative of a survival narrative, without being able to extend beyond this narrative, is, in his words, "racist". A university-educated doctor and political scientist in his late fifties, he observed that while he tries to provide political analyses in his works, they are often reduced to testimonial literature, saying that "we can be witnesses, we can give our own stories, but in a way audiences are thirsty to listen to our stories as testimony, as a low level of knowledge. It is not at the level of theorising or conceptualising about phenomena."

Education for girls and women is still possible in Afghanistan, says Reinhard Eroes of the Kinderhilfe Afghanistan initiative. In interview with Elisa Rheinheimer, he talks about ... END_OF_DOCUMENT_TOKEN_TO_BE_REPLACED

We are in favour of human rights. But One Love armbands are self-righteous and ignore some fundamental issues. Stefan Buchen examines the debate surrounding the World Cup in Qatar END_OF_DOCUMENT_TOKEN_TO_BE_REPLACED

In Doha, Arabs from Morocco, Tunisia, Egypt and Algeria are gathering to celebrate the first ever FIFA World Cup to be held on Arab soil. The criticism from Europe? Over the top, ... END_OF_DOCUMENT_TOKEN_TO_BE_REPLACED

Canan Topcu came from Turkey to Germany as a child. In her essay, she describes how bothered she was by the racism she encountered in her country of origin when she travelled ... END_OF_DOCUMENT_TOKEN_TO_BE_REPLACED

All organisers use major sporting events like this year’s FIFA World Cup in Qatar primarily to advertise their country and promote a slick public image. This is not something we ... END_OF_DOCUMENT_TOKEN_TO_BE_REPLACED

A leading light of Israeli theatre, Ofir Henig has directed the Israel Festival and is the only female director to have been awarded the Israel Theatre Prize. These days, however ... END_OF_DOCUMENT_TOKEN_TO_BE_REPLACED
Author:
Mari Odoy
Date:
Mail:
Send via mail

END_OF_DOCUMENT_TOKEN_TO_BE_REPLACED
Social media
and networks
Subscribe to our
newsletter