Biden aims to "strengthen a strategic partnership" with Saudi Arabia 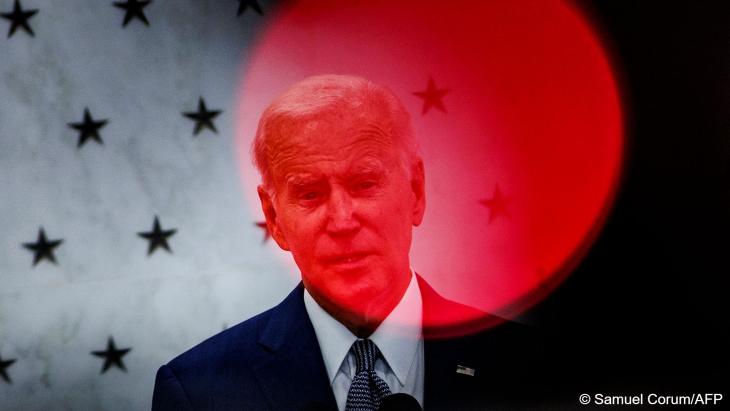 U.S. President Joe Biden said on Saturday he aims to "strengthen a strategic partnership" with Saudi Arabia during a controversial visit there next week, but added that he will hold true to "fundamental American values".

"I know that there are many who disagree with my decision to travel to Saudi Arabia. My views on human rights are clear and long-standing, and fundamental freedoms are always on the agenda when I travel abroad, as they will be during this trip," Biden wrote in a Washington Post opinion piece published on Saturday.

While Biden is expected to press for increased Saudi oil production in the hope of taming spiralling fuel costs and inflation at home, his visit signals a shift: an apparent abandoning of efforts to ostracize the kingdom's de facto leader, Crown Prince Mohammed bin Salman, over the horrific murder of a dissident.

As a presidential candidate, Biden said the 2018 murder and dismemberment of Jamal Khashoggi - a Saudi-born U.S. resident known for writing critical articles about the kingdom's rulers for The Washington Post - had made the country a "pariah".

U.S. intelligence findings released by the Biden administration identified bin Salman, often referred to as MbS, as mastermind of the operation. Last month Biden had sought to distance himself from the upcoming encounter, stressing to reporters he was going to meet with King Salman and his team. But the White House confirmed earlier this week that he will meet MBS as part of that larger delegation during the trip.

"As president, it is my job to keep our country strong and secure," the U.S. leader wrote on Saturday in the Washington Post. "We have to counter Russia's aggression, put ourselves in the best possible position to outcompete China, and work for greater stability in a consequential region of the world," he continued. "To do these things, we have to engage directly with countries that can impact those outcomes. Saudi Arabia is one of them, and when I meet with Saudi leaders on Friday, my aim will be to strengthen a strategic partnership going forward that's based on mutual interests and responsibilities, while also holding true to fundamental American values."

Biden will also visit Israel and the West Bank during his July 13-16 trip, which he wrote will "start a new and more promising chapter of America's engagement" in the Middle East. He said the region was "more stable and secure" than when he took over the U.S. presidency in January 2021, citing in particular recent thaws in relations between Israel and some Arab nations. "These are promising trends, which the United States can strengthen in a way no other country can," Biden said.

And he touched on the Iran nuclear deal, agreed with world powers in 2015 but abandoned by his predecessor Donald Trump three years later.

"My administration will continue to increase diplomatic and economic pressure until Iran is ready to return to compliance with the 2015 nuclear deal, as I remain prepared to do," Biden wrote.    (AFP)

END_OF_DOCUMENT_TOKEN_TO_BE_REPLACED
Social media
and networks
Subscribe to our
newsletter