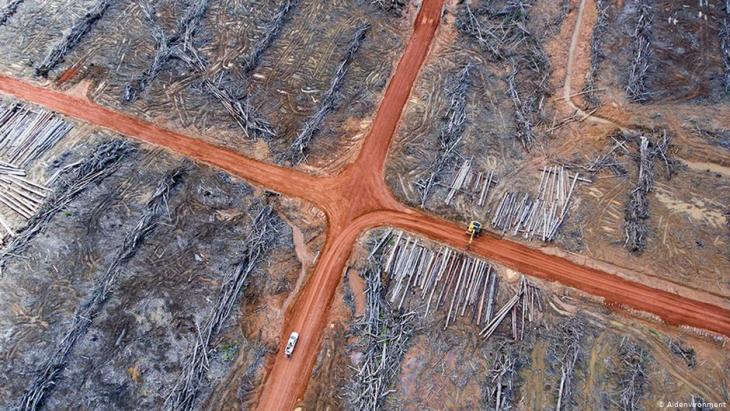 Germany continues to believe in the fiction that palm oil obtained from South East Asia to blend with diesel fuel is ecologically sound and climate-friendly. But that belief is mistaken, as Inge Altemeier and Stefan Buchen found out

"There cannot be a right life amidst wrongs." We may have heard this famous saying by the philosopher Theodor W. Adorno one too many times. But it can most definitely be lobbed at Germany's palm oil policy.

Germany imported more than 500,000 tons of palm oil for use as biofuel in 2018, the most recent year for which statistics are available. As a result, the rainforests in Indonesia and other countries in South East Asia are being decimated to make way for more and more palm oil plantations.

The large tropical islands of Sumatra and Borneo, once a paradise of biodiversity while also serving as giant natural carbon sinks, have been transformed into agro-industrial complexes. If we let our gaze wander over the island lowlands, palm oil plantations stretch toward the horizon as far as the eye can see.

Millions upon millions of tons of CO2 are thus escaping into the atmosphere. The lush rainforest used to bind much more of the climate-damaging gas than a palm oil plantation sprawling across the same area. Some of the destroyed rainforests grew on peat soils, additional carbon sinks that have now been burnt up.

In 2015, when slash-and-burn agriculture caused huge fires to break out on Sumatra and Borneo, Indonesia became the world's fourth largest emitter of CO2. Similar fires blazed in 2019. The greenhouse gas statistics for the past year are not yet available. 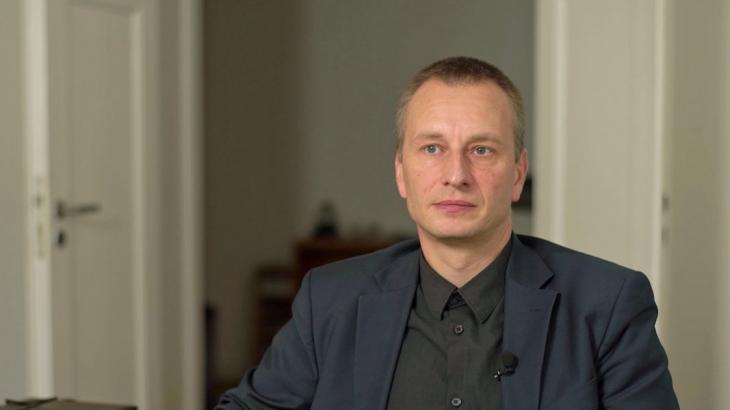 Indonesia's government relies on palm oil production to keep the country's economy afloat. President Joko Widodo's regime has announced that 30 percent of the fuel for the diesel cars driven by the 270 million Indonesians will soon come from palm oil.

"If things go on like this, there will be no more rainforests in Indonesia by 2050," says Tom Kirschey from Germany's Nature and Biodiversity Conservation Union (NABU), an expert on the economy and environment in South East Asia. In addition to producing for the domestic market, Indonesia and its smaller neighbour Malaysia are pushing for more and more exports.

China and India are major customers – as is the European Union. Europe buys some eight million tons of palm oil a year, more than half of it for fuel, mainly as an admixture for diesel used in vehicles. When a motorist fills up with 50 litres of diesel fuel, half a litre to a litre of palm oil is usually included. After rapeseed and biowaste, the raw material from South East Asia is the third most important biofuel. And the used grease from Asia that makes up a considerable proportion of the recycled biowaste also contains palm oil.

The idea here is that adding biofuels to diesel supposedly improves the carbon footprint of the transport sector. As palm oil replaces a small proportion of the petroleum that is the main component of diesel, cars allegedly save some CO2, the logic being that an oil palm "consumes" CO2 from the atmosphere as it grows.

It is possible to write about the Holocaust and the crimes of colonial powers without downplaying anything. In her latest book, Charlotte Wiedemann focuses on the numerous blind ... END_OF_DOCUMENT_TOKEN_TO_BE_REPLACED

This year Annemarie Schimmel, the great German scholar of Islamic studies, would have turned 100. Unique within the German and international academic community of her time, ... END_OF_DOCUMENT_TOKEN_TO_BE_REPLACED

The highly controversial Indian blockbuster "The Kashmir Files“, on the exodus of Kashmiri Hindus in the 1990s, is characterised by unilateral representations, negative ... END_OF_DOCUMENT_TOKEN_TO_BE_REPLACED

Asked about the Shoah, Palestinians often bring up the Nakba, the displacement of Palestinians associated with the founding of the state of Israel. An Israeli Holocaust researcher ... END_OF_DOCUMENT_TOKEN_TO_BE_REPLACED

END_OF_DOCUMENT_TOKEN_TO_BE_REPLACED
Social media
and networks
Subscribe to our
newsletter