The Europeans, with strong German participation, therefore decided to pursue this path starting in 2009. The EU stated in its "Renewable Energy Directive I" from that year that this policy would increase the demand for palm oil and thus "encourage" its cultivation in countries such as Indonesia.

At the same time, Brussels defined the downside, saying that European consumers would find it "morally unacceptable that their increased use of biofuels and bioliquids could have the effect of destroying biodiverse lands".

The EU Member States have in the meantime fallen from this pedestal of high moral standards. Ten years on, the EU Commission is forced to admit that precisely what it wanted to avoid as morally reprehensible has now come to pass: the rainforest has had to make way for oil palms. The Commission noted in March 2019 that an "expansion of production acreage (for palm oil, editor's note) to areas with high carbon stocks" is "being observed".

Besides the loss of biodiversity, the EU also cites the second dramatic consequence of the palm oil boom: the biodiesel fuel made from palm oil has a large carbon footprint. Instead of saving CO2, even more is emitted than when burning normal diesel. According to an official EU report, greenhouse gas emissions from deforestation can reach significant levels, cancelling out any greenhouse gas savings. 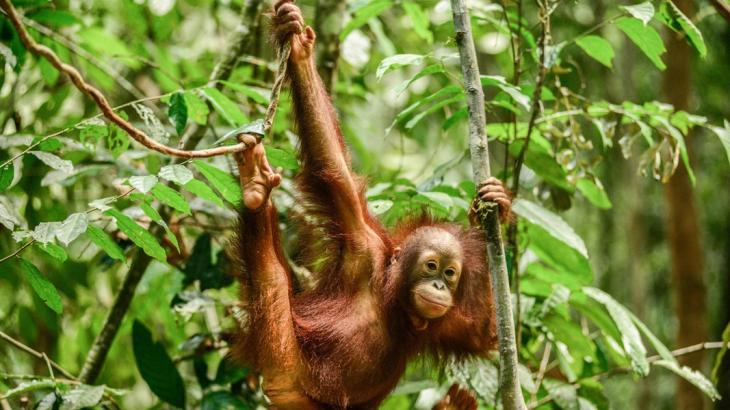 Palm oil plantations are endangering biodiversity on the tropical islands of Sumatra and Borneo. Indonesia is now not only the world's largest producer of palm oil, but has overtaken the EU as the largest consumer of palm oil for biofuels, according to a recent analysis by the German Environmental Aid Association (DUH)

Taking all factors into account, from planting the plantations on "carbon-rich soil", through the refining process, to transport from South East Asia to Europe, the carbon footprint for palm oil is even worse. Even quantifying the cumulative negative impact and all the rainforest areas that have fallen victim to palm oil is difficult.

The EU refers to several studies that share the same tenor in their assessment of the harmful climatic effects of palm oil though differing in detail. One study concludes that diesel from palm oil may be responsible for releasing more than twice as much carbon dioxide into the atmosphere as conventional diesel.

The German Biofuels Industry Association (VDB) cites such uncertainties in its continued defence of palm oil as a diesel admixture. But the German lobbying association for renewable energy resources puts forth an argument that in its view carries even more weight: only palm oil with a sustainability seal is used for diesel.

"It would be absurd not to use a raw material certified as sustainable. We need to make use of all the resources at our disposal if we are to meet the 2030 climate targets of the EU and the Member States. Sustainably certified palm oil is part of these efforts," said Elmar Baumann, head of VDB, in an interview in Panorama. If we are to believe Baumann, the sustainability seal certifies that no rainforest was cleared for the palm oil delivered to petrol stations in Europe.

Libyan political analyst Faraj Alasha argues that the Berlin conference on the Libyan war did nothing to change the fact that there is no political solution to end the war raging ... END_OF_DOCUMENT_TOKEN_TO_BE_REPLACED

As COVID-19 sweeps across the globe, it is forcing religions to adapt and take action to prevent infection. But experts warn against using the crisis to fuel conspiracy theories. ... END_OF_DOCUMENT_TOKEN_TO_BE_REPLACED

On their fourth CD "Irade" (willpower), Masaa has left its piano sound behind, yet continues with its new guitarist to pursue a path that bridges jazz improvisation and Arabic ... END_OF_DOCUMENT_TOKEN_TO_BE_REPLACED

The parties at the centre of Germany's political landscape have often exhorted citizens to distance themselves from the right-wing AfD party. And yet, Europe's response to what is ... END_OF_DOCUMENT_TOKEN_TO_BE_REPLACED 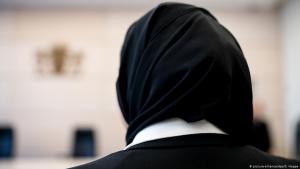 The judges at Germany's Federal Constitutional Court in Karlsruhe are wrong to treat the hijab as a purely "religious symbol". The act of a woman demonstratively covering her head ... END_OF_DOCUMENT_TOKEN_TO_BE_REPLACED
Author:
Inge Altemeier & Stefan Buchen
Date:
Mail:
Send via mail

END_OF_DOCUMENT_TOKEN_TO_BE_REPLACED
Social media
and networks
Subscribe to our
newsletter