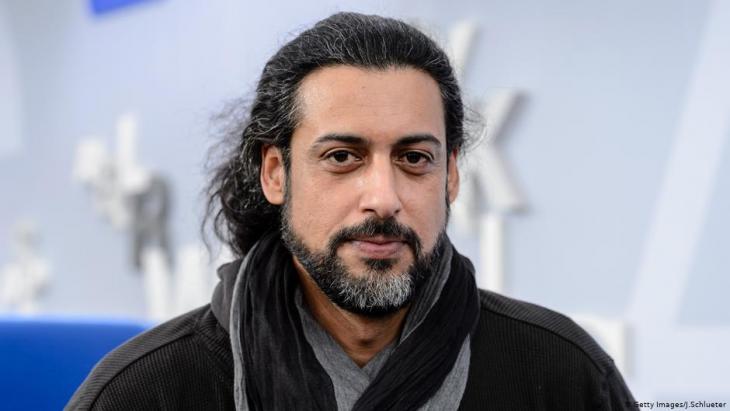 The German language should be simplified and made more accessible to all. Then integration would also work, says Abbas Khider. His proposals sound strange at first, but they are not. A book for grammar lovers. By Swantje Schutz

"Deutsch fuer alle: Das endgueltige Lehrbuch" (i.e. German for everybody: the ultimate textbook) by Abbas Khider has only 122 pages. But it contains so much grammar that those with no interest in things grammatical probably wouldn't get past the first page. If, however, you love the rules and subtleties of language, Khider's attempt to simplify and renew the German language is an exciting little book.

He does this out of self-interest: to cope with his "linguistic traumas". Fortunately, and to aid understanding, he provides enough sample sentences so that one can at least follow his ideas well.

What are the main problems of the German language, which Khider compares to a monster? One must look no further than the " insidious articles, dangerous declensions, unpredictable verb reflections and the stumbling blocks of verb position, the dative and genitive cases, the countless pronouns and prepositions, irregular and separable verbs, the umlaut letters and many other strange linguistic peculiarities".

Abbas Khider was born in Baghdad in 1973 and arrested for political activities at the age of nineteen. Before coming to Germany in 2000, he was an illegal refugee in various countries. 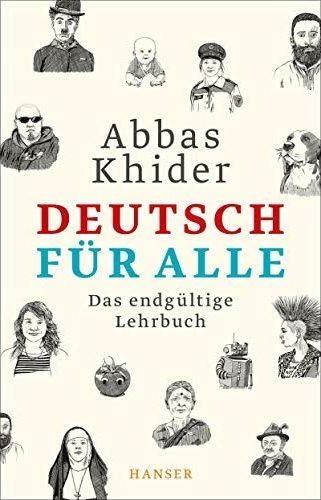 A complex linguistic monster: the author has a sense of humour, his text a pleasantly sarcastic undertone. The reader either considers himself infinitely fortunate when reading because German is his mother tongue and he can spare himself Khider's suffering. Or the reader is herself struggling with acquiring the language and constantly nods in agreement because she would like to send the German language to hell

In his native Iraq, he was assigned a subject to study, but he would much rather have studied literature. Khider made up for this in Germany, but first he had to learn the language – obviously – so well that he could go to university.

There he studied comparative literature and modern German literature, as well as philosophy.

He now can rightly claim to have come quite close to perfect German. But "the umlauts Ä, Ö and Ü have so far managed to escape my control. As far as pronunciation is concerned, these remain my greatest enemies."

What he now proposes is quite understandable: "Ali Baba ist sehr glücklich, weil er kann verzichten jetzt auf de Verb an de Ende von de Nebensatz" (Ali Baba is very happy because he can now do without the verb at the end of the subordinate clause).

The previous German sentence is not an accumulation of typos, but thus intended. If it were up to Khider, for example, the verb would always come after the subject and there would no longer be any declensions – all forms of articles and nomina would be unalterable.

The author has a sense of humour, his text a pleasantly sarcastic undertone. The reader either considers himself infinitely fortunate when reading because German is his mother tongue and he can spare himself Khider's suffering.

Or the reader is herself struggling with acquiring the language and constantly nods in agreement because she would like to send the German language to hell.

In Khider's case, so he writes, the tears flowed: "German paragraphs and German grammar have one thing in common: they're enough to make one weep. Over the years, both topics have brought me to the brink of madness and made me shed more tears than many a terrible experience during my escape."

But the effort has paid off: the author can be proud of his 39-word tapeworm sentence on page 27, it is so wonderfully German, long and complicated! Anyone who writes such a sentence has made it.

Only for advanced students

In his preliminary remarks the author writes: "This booklet is serious linguistic nonsense" – very true. But it's hilarious. However, it should not be recommended to language students at the beginning of their career in German. You have to be enthusiastic about grammar and have successfully taken the hard road of language acquisition to really appreciate the book.

The open-minded and unsparing treatment of the book's sub-theme is definitely worth reading. It touches on politics in the broadest sense, on questionable German behaviour and bureaucracy, refugees and xenophobia.

The author hopes that "at least some language schools in the country will take a few ideas from my work seriously, especially the Goethe-Institut and adult education centres". Dear Mr. Khider, we will gladly pass on your recommendations to the relevant in-house departments ...

Translated from the German by Edith C. Watts

Iranian author Fariba Vafi is adept at describing everyday scenes and concealing within them something ambiguous, in parts strange and grotesque. She writes novels – which have ... END_OF_DOCUMENT_TOKEN_TO_BE_REPLACED

Her grandparents are Jews – born in Tunisia and Algeria. Director Cleo Cohen has now broken the silence about this with a very personal debut. By Nadine Wojcik END_OF_DOCUMENT_TOKEN_TO_BE_REPLACED

Life imprisonment for crimes against humanity: that was the sentence handed down to Anwar Raslan in the world's first trial of a member of the Syrian torture system. Matthias von ... END_OF_DOCUMENT_TOKEN_TO_BE_REPLACED

Every year in December, the team at Qantara.de takes a look back at the articles that proved most popular with our readers. This year is no different. Here is a run-down of the ... END_OF_DOCUMENT_TOKEN_TO_BE_REPLACED

With his new album, "A Voice Keeps Calling Me", the Persian santur player Kioomars Musayyebi is building bridges from Iran across the Arab world to European early music. By Stefan ... END_OF_DOCUMENT_TOKEN_TO_BE_REPLACED

Former lawyer Said Haider has invented a chatbot for those seeking advice on anti-discrimination issues – Meta is the first chatbot of its kind in the world. In conversation with ... END_OF_DOCUMENT_TOKEN_TO_BE_REPLACED
Author:
Swantje Schütz
Date:
Mail:
Send via mail

END_OF_DOCUMENT_TOKEN_TO_BE_REPLACED
Social media
and networks
Subscribe to our
newsletter