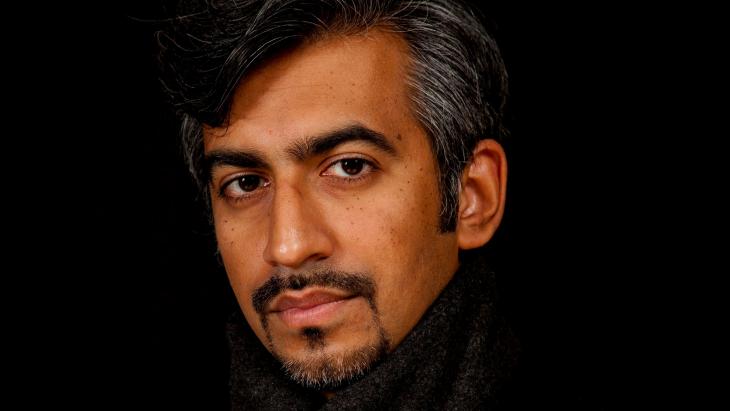 In his new novel "Native Believer", published by Akashic Press, Ali Eteraz takes us behind the headlines of the Islamophobic attacks by politicians to show us the damage inflicted upon a generation of American citizens and the deep-seated scars they bear. Richard Marcus read the book

Collateral damage comes in all shapes and forms. We're used to hearing the term associated with direct acts of violence; the innocent bystander to a drone strike or the hospital hit by the so called smart bomb. However, it hasn't been limited to those who are in the direct line of fire. Since 11 September 2001, North America has seen a steady increase in anti-Islamic sentiment. It doesn't matter whether you were born here or are a recent immigrant, your religion (and colour) make you suspect.

We see this world through the eyes of M – a name resonating with echoes of Joseph K – referred to as K – from Franz Kafka's"The Trial". In both novels the protagonist is caught up in trying to find their way out of a complicated maze – a game in which it seems like any of the rules they are used to playing by no longer apply. In each case the characters are being put on trial for reasons beyond their comprehension.

However, M quickly discerns he's being judged based on the religion he's assumed to practice. The irony is he has never considered himself a Muslim either. He's married to his college sweetheart, a white woman from the South and has been gradually working himself up the slippery ladder of career success. He works for a PR firm and is more concerned with office politics than what's going on in the world.

It's at a party he is hosting for his new boss and colleagues that his world begins to fall apart. Just before she died, his mother had visited and presented him with a small Koran, complete with little wooden stand and decorative bag. At the party his new boss spies the book in its bag perched atop the book case – where M had basically hidden it. Assuming its position reflected its importance – elevated above the rest of the books in M's possession – the new boss makes assumptions as to M's character and personality. 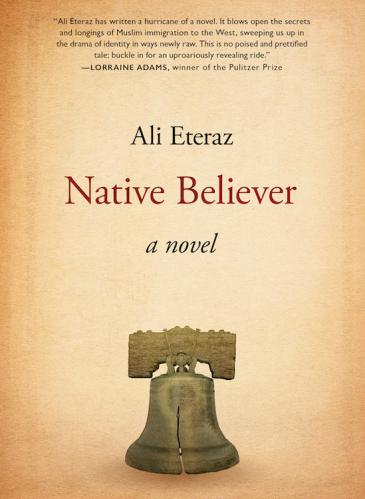 A car crash of a book: "You don't want to look at what it’s showing you, but at the same time you can't seem to drag your eyes away from it. Eteraz isn't subtle in his depictions, but that's a necessary evil," writes Marcus

On the first work day following the party, he's called into the boss's office and fired for business cultural reasons. In, other words he's fired for being a Muslim. He's shocked and appalled by what's happened, after all, as he says to someone who suggests he sue the company for discrimination, "I'm not a Muslim". But what he believes himself to be and what others see him as are two separate things.

After he's laid off he takes to wandering the streets of Philadelphia – specifically the poorer areas of the city where he wouldn't have previously travelled.

It's through these wanderings and his attempts to rustle up freelance work, that both he and the reader come to understand the level of trauma Islamophobic sentiment has created.

A freelance film maker he meets serves as Virgil to his Dante during his descent into the various circles of hell that have evolved out of bigotry.

The circles of Hell

At the first level he sees how popular culture, the example here being "professional wrestling", has stigmatised Muslims as the "villain" who can never win and must always be defeated.

A film maker is creating a documentary about a dark skinned, non-Muslim, wrestler who was cast in the role and how his career was impacted by prejudice. However, this is only the tip of his new acquaintance's career ambitions. It turns out his main source of income is making pornographic films with the aim of turning Muslim men into figures of attraction for white women.

It's also through his new acquaintance that M receives his introduction to Philadelphia's Islamic community. At first this mainly involves visiting various restaurants catering to the population, but also includes introductions to individuals. From earnestly religious students at Temple University seeking to make people understand that Islam is the religion of peace to the loose affiliation of people associated with the band Gay Commie Muzzies.

In their own ways each group is dealing with trying to convince everyone they're harmless and not a threat to anyone. The pious do so by showing how the religion is all about peace, while, as another character says, "Sucking cock is the best way to prove to the government you aren't a threat".

Yet, no matter where M goes and no matter what group of Muslims he associates with – including becoming a member of a State Department organisation sending American Muslims overseas to convince people how good it is to be a Muslim in the United States – he finds anti-Islamic sentiment runs deep and there's no escaping the harm it inflicts.

″Native Believer″ is a car crash of a book. You don't want to look at what it’s showing you, but at the same time you can't seem to drag your eyes away from it. Eteraz isn't subtle in his depictions, but that's a necessary evil. There is no way of truthfully depicting the scars and degradations societal racism inflicts. No matter how many times a politician might say "Islam is not our enemy", their actions, deportation, imprisonment and bombing Muslim countries back into the Stone Age, create an atmosphere where fear and racism thrives.

Unless you've experienced this type of racism firsthand, there's no way you can fully appreciate its impact. However, Eteraz has done the nearly impossible and brought it to life in an a way that can't be ignored. Anyone who is of the belief that statements like ″We should patrol Muslim neighbourhoods with the aim of rooting out fundamentalists″ don’t cause irreparable harm or who fails to understand what that does to people's emotional well-being needs to read this book.

This is a brilliant, unapologetic book that takes a grim look at a dirty topic. It’s also the perfect book for our times. In a just world it would be awarded a place alongside other great civil rights books. However, it will probably just end up being banned and scorned by the self-righteous and the blind; the ones who need to read and understand it the most.

Home
Print
Newsletter
More on this topic
Lizzie Doron′s book ″Who the fuck is Kafka?″: ″Only as enemies did we become friends”Interview with the Moroccan writer Mahi Binebine: Forging a futureBook review: Rasha Khayat′s ″Weil wir langst woanders sind″: A life in limbo
Related Topics
Dialogue of Cultures | Intercultural Dialogue, Islamophobia, Literature, Muslims in the West
All Topics

As the Western world emerges from a holiday season made less festive by COVID-19, millions of children in Afghanistan are starting 2022 facing the prospect of famine, illness, and ... END_OF_DOCUMENT_TOKEN_TO_BE_REPLACED

Russia is seeking to shore up the government of Kazakhstan and is sending in the military. For President Putin, there is more at stake than simply his influence in a partner ... END_OF_DOCUMENT_TOKEN_TO_BE_REPLACED

Their exhausting escape from the Taliban took them from Kabul to Qatar, though European cities and U.S. military bases. But now this Afghan family has finally arrived in a small ... END_OF_DOCUMENT_TOKEN_TO_BE_REPLACED

The catastrophic human rights situation in Bahrain is being largely ignored by the rest of the world. Despite all the damning evidence, which includes a Human Rights Watch report ... END_OF_DOCUMENT_TOKEN_TO_BE_REPLACED

Restrictions imposed by the Taliban after their takeover mostly targeted urban women. Now, the expanded rules could affect all women in Afghanistan. By Monir Ghaedi END_OF_DOCUMENT_TOKEN_TO_BE_REPLACED

Every year in December, the team at Qantara.de takes a look back at the articles that proved most popular with our readers. This year is no different. Here is a run-down of the ... END_OF_DOCUMENT_TOKEN_TO_BE_REPLACED
Author:
Richard Marcus
Date:
Mail:
Send via mail

END_OF_DOCUMENT_TOKEN_TO_BE_REPLACED
Social media
and networks
Subscribe to our
newsletter