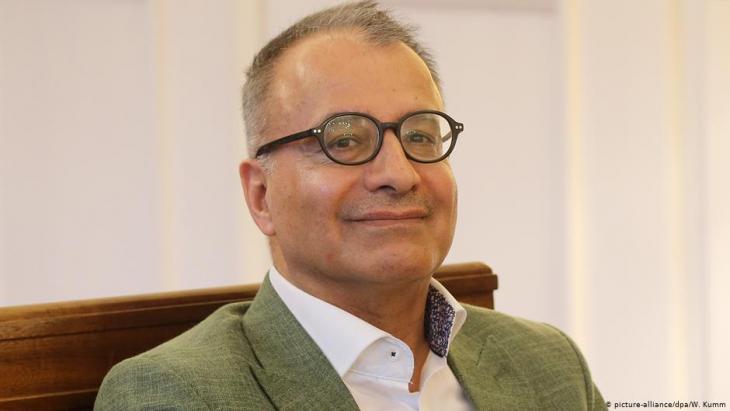 For decades, lovers of literature would gather at the house of writer Amir Hassan Cheheltan's family to debate classical Persian works – until politics forced its way into the readers' cocoon. By Gerrit Wustmann

Once more, the Iranian writer Amir Hassan Cheheltan is taking his readers to the point of rupture in his country's history, to the days on which he has focused in so many of his novels, not least in his much-lauded Tehran trilogy: the 1979 Islamic Revolution.

But this time, the focus is on literature, rather than on political events. Every Thursday, an illustrious group of authors, translators and readers would gather in the guestroom of the Cheheltan household in the well-to-do northern part of Tehran. For decades, from the final years of the Shah era to the period of reform under Mohammad Khatami, this circle of literature lovers mentioned in the title of the German translation by Jutta Himmelreich  ("Zirkel der Literaturliebhaber") became an anchor for Cheheltan – and a mirror of Iranian society.

An essayistic work, not a novel

One thing should be pointed out right away: the publisher describes this book as a "novel" – probably for the sake of marketability. But this is seriously misleading and does both the author and his readership a disservice because this is a work of non-fiction. It is a well-founded, essayistic work about Persian literature, woven through with the author's personal memories. Anyone expecting a novel will undoubtedly be disappointed; anyone who is looking for a work of non-fiction on the topic may well overlook Cheheltan's commendable book. This decision on the publisher's part is impossible to comprehend. 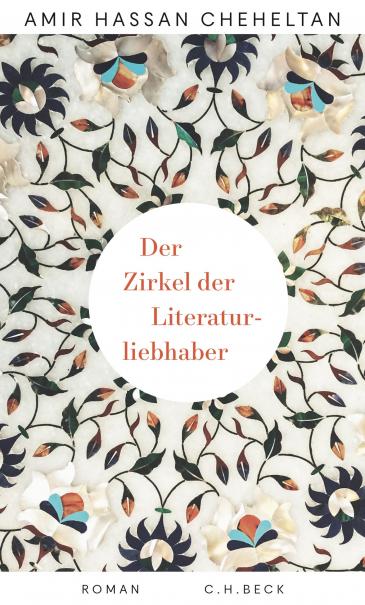 Cover of Amir Hassan Cheheltan's "Der Zirkel der Literaturliebhaber", which at present is only available in the German translation. According to Gerrit Wustmann, it would undoubtedly never receive permission to be published in Iran

Once again, the book is only available in German for the time being. It would undoubtedly never receive permission to be published in Iran. The teenager's sexual awakening is only the most banal of many taboo themes that Cheheltan addresses very openly.

Other taboos include a criticism of what the conservatives claim to be the role of women. In the Cheheltan household, a role reversal demonstrates how far the reality of people's lives is from the ideas of the religious hardliners. Cheheltan's mother worked as a teacher, while his father was the one in the kitchen, wearing an apron and cooking the family dinner – which he adored doing when he wasn't engaged in his favourite pastime: reading.

"The West only sees us from the outside"

The house, one suspects, must have looked like a library, and the literature lovers' Thursday meetings, which went on for hours, were the highpoint of every week. That became clear to the young Amir Hassan Cheheltan early on; his curiosity was awakened among other things by the fact that he was banished from the room when they were debating passages by classical poets that weren't suitable for children's ears.

This explains why Cheheltan's delight was all the greater in later years when he studied the obscene and pornographic elements in Saadi, Rumi and many others – elements that are inseparable from Persian literature, but that are now either officially ignored or mitigated by means of ludicrous interpretations.

But Cheheltan also takes the outsider's view of Iran to task, in particular the huge number of Orientalist works that attempt to explain these classics to a Western readership – and he comes to the conclusion that "the West only sees us from the outside", not from inside.

"It has been trying to explain the East for three hundred years. At present, with the intensifying crises in the Middle East and phenomena like the Taliban, al-Qaida and ISIS, it is more obvious than ever how badly the West is doing at this, and how little it knows about us." He reinforces this argument with various historical examples, and it becomes clear that talking about the East rather than to it is the main problem here.

When it comes to Rumi, who is one of the most-translated and most-read poets not just in Iran but worldwide, Cheheltan generally opposes the urge to interpret his work. Instead, he quotes passages in which Rumi draws his strength from clear language and very unambiguous images and metaphors, and points out that during his lifetime, the poet read his verses aloud in public to ordinary people. A cryptic, intricate, symbolic language would have prevented this audience from accessing his work. He therefore has little time for the mystics' approach of reading hidden meanings into every word.

Cheheltan pays great attention to the homoerotic poetry without which classical Persian literature is inconceivable: "At that time, homoerotic love wasn't seen as a disgrace. And one can without exaggeration describe the eleventh century AD as the epoch of homophilic Iranian poets." He provides a wealth of examples, with similar trends to be found in Arabic literature.

According to Cheheltan, we should not shy away from comparing Susani Samarghandi with De Sade. Homosexuality, which is taboo and even criminalised today in many countries, was for centuries a normal part of life in the Islamic world. The change came only when – and unfortunately Cheheltan does not address this – it was imported by pleasure-hating western invaders who brought with them their skewed sexual morality.

The political reality in Iran forces its way into the circle of literature lovers almost imperceptibly, a little at a time. They felt themselves to be in a cocoon, closeted away from the outside world. But then things begin to unravel: first, a spy for the Shah's secret service (SAVAK) is discovered in the group. Later, after the Revolution, Cheheltan's mother resigns from her teaching job because she would otherwise be forced to wear a chador in the classroom. Finally, Cheheltan himself has to spend several years on the front lines of the Iran–Iraq war.

Their supposed idyll was shattered for good in the 1990s, when the new regime began systematically producing death lists that featured the names of writers and other creative minds, and had these people murdered. "To this day, the people who are driving this agenda still do not realise that everything a government politicises for its own ends will sooner or later also be used against it politically," Cheheltan concludes from this attempt by the regime to co-opt culture for itself and silence critical voices.

In his novels – first and foremost "Iranische Dämmerung" (Iranian Twilight) – Cheheltan has written a great deal about the last hundred years of Iran's history, and particularly the period of the Revolution. By contrast, "Der Zirkel der Literaturliebhaber" is above all an invitation to read and to discover; it is a door through which we can gain access to the great, timeless works of Persian literature.

The Prophet Muhammad never executed anyone for apostasy, nor encouraged his followers to do so. Nor is criminalising sacrilege based on Islam’s main sacred text, the Koran. In ... END_OF_DOCUMENT_TOKEN_TO_BE_REPLACED

Surging coronavirus cases in many parts of the world have overshadowed the start of this year's Muslim holy month of Ramadan, with festivities once again curtailed by contagion ... END_OF_DOCUMENT_TOKEN_TO_BE_REPLACED

German Middle East analyst Guido Steinberg and television journalist Ulrich Tilgner have both published new books on the conflicts in the Middle East. Their analyses and their ... END_OF_DOCUMENT_TOKEN_TO_BE_REPLACED

On 27 March, Iran and China signed a 25-year accord intended to foster "strategic co-operation". Despite ongoing uncertainty over the deal's actual scope, content and chances of ... END_OF_DOCUMENT_TOKEN_TO_BE_REPLACED

Researchers agree that climate change alone cannot be blamed for the outbreak of war in Syria in 2011. However, neither can it be ignored as a reason this once blossoming country ... END_OF_DOCUMENT_TOKEN_TO_BE_REPLACED

END_OF_DOCUMENT_TOKEN_TO_BE_REPLACED
Social media
and networks
Subscribe to our
newsletter