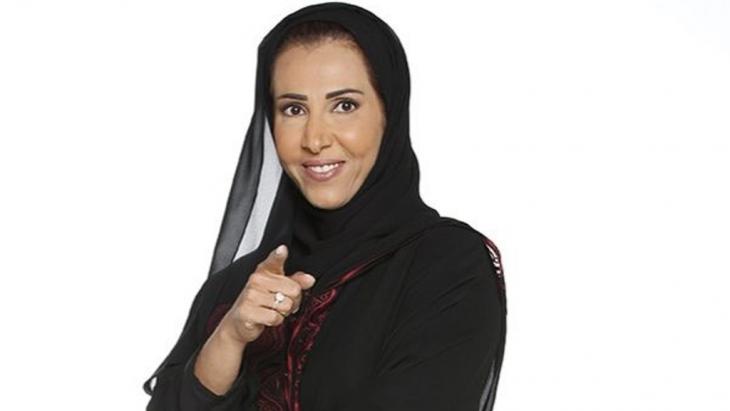 Badriah Albeshr′s ″Hend and the Soldiers″ created a small uproar in Saudi Arabia when it was first published in Arabic in 2006. Much of Saudi women′s literature at the time was shrugged off as chick lit. Yet, shuttling between chatty romance, political commentary and a stylised literary work, ″Hend and the Soldiers″ struck a nerve. Marcia Lynx Qualey read the book

Albeshr′s brief, evocative novella depicts a woman – Hend – surrounded by ″soldiers″. These figures menace her from all sides as she attempts to battle her way to independence and agency.

Two of these soldiers are Saudi military men: Hend′s father was a sergeant and her husband Mansur is a lieutenant. Yet these two are only minor foot soldiers in the book′s social-control army, which is made up of relatives, co-workers, men from the Committee for the Prevention of Vice and the Promotion of Virtue and even passersby.

The 128-page novella, ably translated by Sanna Dhahir, unspools in a language that veers between straightforward and lyric, as the grim reality of Hend′s war is punctuated by descriptions of coffee-making, gossip and stories.

The book begins and ends when Hend, a divorced mother in Riyadh, must choose her own path. To help her launch a new life, Hend turns to family stories, remembered folktales, romances and dreams. The stories begin when the family servant shares tales of Hend′s mother and her own, Nweyyir, a former slave who was kidnapped and sold to Hend′s grandfather.

King Faisal officially abolished slavery in the 1960s, but, in the novella, hierarchies hardly shift. Nweyyir stays with the family, without pay and her daughter Ammousha later serves Hend. Ammousha is the family′s invisible memory – she sees and remembers all while perpetually covered, so that even the family′s children don′t know her face. 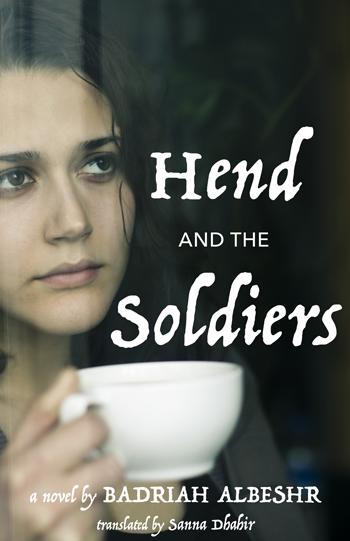 The novella shuttles between past and present, reality and romance. The first story Hend loved as a child was the fairytale ″Cinderella″, which she discovered through school. This stands in sharp contrast to a story she heard at home, ″The Girl with the White Socks″.

In ″The Girl with the White Socks″, the hero is not rescued by a prince, nor does she live happily ever after. Instead, she is raped and murdered. Yet the girl is a hero because she scribbles the names of her attackers and hides the paper in her sock, so that they might be punished and her honour protected.

Hend is raised on both sorts of stories – the written fairytale and the oral folk legend. Both enforce strict gender roles, although Hend is more attracted to the romantic tales, even when she mocks them.

Women as the enemies of women

A rather poignant scene unfolds early in Hend′s life, when she tries to sing her mother a romantic song. It′s a tune she brings home from school, hoping to make a connection with her mother, who seems to care only for Hend′s brothers.

Hend′s harried mother has no time for songs. Hend remembers: ″I hoped my mother would throw her arms around me after she had heard the song; I even thought of putting the baby down so that she could hug me properly, with body and soul. Instead she took the big spoon out of the pot and brought it to my face. ′Get out of my way before I whack you on the head with this spoon!′″

Throughout the novella, women struggle to connect with each other. The servant Ammousha wants Hend to sympathise with her mother, so Ammousha describes how Hend′s mother was married off as a child, raped by Hend′s father and beaten when she ran away. Yet Hend continues to see her mother as a controlling tyrant.

Hend also can′t sympathise with the holier-than-thou Juhayr, a co-worker whom she calls ″Hajja Juhayr″ behind her back. The prim Juhayr is constantly reporting others for violating social codes. So they′re all stunned when Juhayr flees the country with a Pakistani doctor. Hend′s sweetheart Waleed feels sympathy for Juhayr, but Hend and her friend Shaza do not. ″Why did she think she was entitled to exercise her rights while she damned all those who thought of getting a quarter of what she seized[?]″ Hend wonders angrily.

The book′s men are no less constrained by gender roles. Yet the men, even when they are cruel and violent, make more sympathetic characters. Hend′s brother Ibrahim kills for his jihad, yet he cuts such a pathetic figure it′s hard not to feel some head-shaking compassion. Hend′s retired-sergeant father seems to want a gentler life, but he can find no way out.

The novella reserves its severest criticism for the systematic infantilisation of women. Hend, a successful columnist and hospital social worker, is told by her husband that ″women have tiny brains″. At the hospital, a woman bleeding from her uterus is in urgent need of care, yet cannot go into surgery without her husband′s permission. It′s finally Hend who signs the paperwork and takes responsibility for the woman′s procedure.

Hend isn′t the only one who defies the system. Young people are constantly subverting it in the name of romance and Hend′s brother Fahad also takes a stand against his sister′s imprisonment.

"Hend and the Soldiers" is a somewhat uneven novella, patchworking together different styles. And yet it remains a vital take on contemporary Saudi Arabia, stories and romance, particularly as it doesn′t invest its energy in fiery young loves. Instead, the book places its hopes in the charm of an older romance: the possibility of falling in love with one′s eyes open, in defiance of all the stories one′s been told.

While Bashar al-Assad is still shunned by the West, which blames him for a decade of brutal war in Syria, a shift is under way in the Middle East, where Arab allies of the United ... END_OF_DOCUMENT_TOKEN_TO_BE_REPLACED

Berlin's annual Human Rights Film Festival closed at the weekend. One entry to the festival was the documentary "Captains of Zaatari". Its Egyptian director Ali El Arabi focuses ... END_OF_DOCUMENT_TOKEN_TO_BE_REPLACED

International relations are shifting across the Middle East as regional powers adapt to America's retrenchment and China's growing influence. Although the region could become the ... END_OF_DOCUMENT_TOKEN_TO_BE_REPLACED

Germany's foreign policy is explicitly values-based. But what happens, Ralf Bosen asks, when democracy, the rule of law and human rights collide with the logic of trade and ... END_OF_DOCUMENT_TOKEN_TO_BE_REPLACED

Two decades after the attacks of 11 September 2001, the West faces the shattered debris of its failure – not only in Afghanistan, but also in Iraq, Syria, Libya and Yemen. What ... END_OF_DOCUMENT_TOKEN_TO_BE_REPLACED
Author:
Marcia Lynx Qualey
Date:
Mail:
Send via mail

END_OF_DOCUMENT_TOKEN_TO_BE_REPLACED
Social media
and networks
Subscribe to our
newsletter