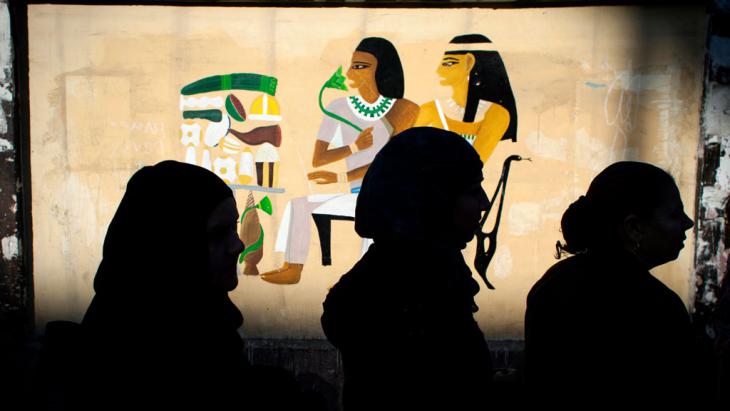 Were George Orwell′s ″1984″ to meet and mingle with the rich, detailed portrait of Cairo in Naguib Mahfouz′s ″Trilogy″, the two would birth a novel something like Basma Abdel Aziz′s ″The Queue″. Marcia Lynx Qualey read the book

Abdel Aziz, a first-time novelist, works as a journalist and psychiatrist; her previous books include the nonfictional ″Beyond Torture″ and ″The Temptation of Absolute Power″. Here, she brings her careful observations of power, pain and Egyptian society to a remarkable debut that′s been spun into fluid, persuasive English by Elisabeth Jaquette.

″The Queue″, published in Arabic in 2013, was written before Egypt′s current president, Abdul Fattah al-Sisi, assumed power. But since its publication date, the book has grown only more relevant. It takes place in an unnamed country that is clearly Egypt and indeed has a nuanced, Mahfouzian feel for the lives and hopes of Egyptians. While it follows a large cast of characters, each is individual. Most are standing in a kilometres-long queue formed outside a government Gate that never opens.

This ″Gate″ was erected after the ″Disgraceful Events″, a mass shooting of civilians by the country′s security forces. To clamp down on public anger and grief, the unnamed regime put up the Gate and required citizens to get various paperwork stamped there. At the centre of ″The Queue″ is a taciturn man named Yahya Gad El-Rab Saeed, who needs permission from the Gate to get a government bullet removed from his pelvis – which entered his body during the Disgraceful Events. 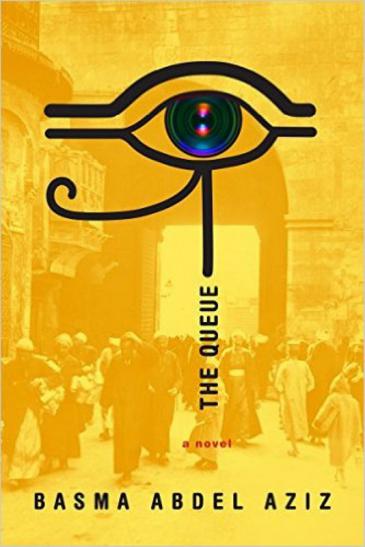 "As in ″1984″, one of the regime′s central weapons is its control over history. But ″The Queue″ differs sharply from ″1984″ in that this isn′t some far-off, futuristic scenario. Egyptian government statements about the deaths of real-life poets, activists and researchers like Shaimaa al-Sabbagh and Gulio Regeni have been almost as factually tortured as those in 'The Queue'," writes Lynx Qualey

As in ″1984″, one of the regime′s central weapons is its control over history. But ″The Queue″ differs sharply from ″1984″ in that this isn′t some far-off, futuristic scenario. Egyptian government statements about the deaths of real-life poets, activists and researchers like Shaimaa al-Sabbagh and Gulio Regeni have been almost as factually tortured as those in ″The Queue″.

The struggle over what facts mean

We are not privy to what′s happening behind the governmental curtain in ″The Queue″, which is told from the perspectives of ordinary Egyptians. But these ordinary people aren′t passive consumers of government ″facts″.

Even as they stand in line, they′re in continual action: actively colluding with the state, preaching on the street, writing revolutionary pamphlets, collecting funds, seeking out information, staging protests.

Just by surviving, Yahya is staging his own protest. After all, as he slowly bleeds to death in the line, he carries proof that the police did shoot at citizens during the Disgraceful Events.

He wants to have the bullet removed at a private hospital, but state edicts forbid doctors from removing bullets without explicit permission. Later, the state forbids x-rays – and yet later the possession of x-ray machines. Copies of suspect x-rays are removed from all but the police hospital.

The doctor who initially saw Yahya desperately wants to remove the bullet and save Yahya′s life. Indeed, he has nightmares about it. But he is also afraid of the state.

Abdel Aziz′s powerful analysis isn′t confined to a look at pure state power. Religious and economic powers also work along with the army and political authorities. As Yahya slowly bleeds to death, the state′s High Sheikh issues a ruling that ″true believers″ should accept bullets as though they come from God. ″He must acknowledge how lucky he was to be struck by a bullet, and exalted to a place in heaven ordinarily reserved only for the most dutiful.″

The High Sheikh also supports Violet Telecoms, a company that′s colluding with the state to spy on mobile-phone users standing in the queue. One of the High Sheikh′s fatwas forbids harm of the country′s economic interests. ″Believers shall not boycott their brothers, nor cause them to suffer financial or emotional distress…unless done in support of religion. ″

But it is not only the ″big men″ who control the citizens. Ordinary patriarchal social practices also give government repression an assist. A schoolteacher named Ines initially speaks her mind, joining with ″the short-haired woman″ and other rebels. But, after people begin disappearing from the line, Ines grows afraid and finds safety in a male-centred congregation of conservative Muslims. 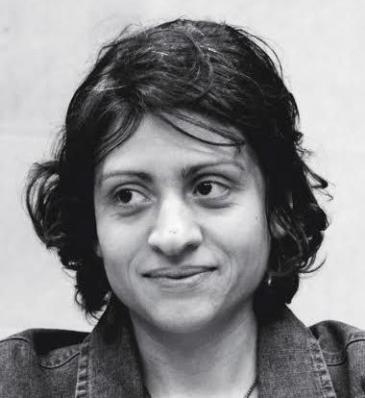 Known as ″the rebel″ for her indefatigable struggle against injustice, torture and corruption, Basma Abdul Aziz is an Egyptian writer, psychiatrist and visual artist. A weekly columnist for Egypt’s al-Shorouk newspaper, she has also won the Sawiris Cultural Award, the General Organisation for Cultural Palaces award and the Ahmed Bahaa-Eddin Award

″The Queue″ is remarkable, in Egyptian fiction, for its detailed portraits of women like Ines. Another character, Um Mabrouk, worked as a cleaning lady before she came to spend her life in the queue. Once there, she becomes a great entrepreneur, selling tea and snacks to the others waiting.

At times, Um Mabrouk is swayed by conservative sermons. But she′s a complex character who can also act on her beliefs and personal loyalties. Several times, a conservative preacher ″advised Um Mabrouk to distance herself from the [short-haired] woman and to stop providing space for her meetings, and when she didn′t obey him, he berated and shamed her, and ordered her to throw the woman out right away. But Um Mabrouk – who had raised nearly enough money for her daughter′s treatment – was unshakeable, and faced him brazenly, refusing to get rid of her new friend.″

For all its bleakness, ″The Queue″ is ultimately more optimistic than either ″1984″ or ″The Trilogy″. Although the state′s rewritten history forces at least one central character to lose her sense of self, some individuals are able to make positive, independent meaning.

It is to the International Prize for Arabic Fiction′s shame that its judges failed to recognise this novel in 2013, a year they also missed Yasser Abdelhafez′s ″Book of Safety″. Hopefully, English-language prize-givers will not make this mistake with Jaquette′s excellent translation.

Welcome to the world of Al Qasar, where Arabic music collides head-on with punk and psychedelic to create something powerful and beautiful. "Who Are We" is a raucous, subversive ... END_OF_DOCUMENT_TOKEN_TO_BE_REPLACED

Egyptian authorities have Mada Masr in their sights once again after critical reporting. But the editor of the country's last independent news source is adamant they will continue ... END_OF_DOCUMENT_TOKEN_TO_BE_REPLACED

Like Christianity, Europe's history is one of migration. Both have strong roots in the Orient and in cultures thousands of years old. Cultural historian Bernhard Braun invites us ... END_OF_DOCUMENT_TOKEN_TO_BE_REPLACED

When she ascended the throne, millions of Muslims still lived under British rule. Later, Elizabeth II appealed for tolerance in a multi-religious society. She was the first ... END_OF_DOCUMENT_TOKEN_TO_BE_REPLACED

END_OF_DOCUMENT_TOKEN_TO_BE_REPLACED
Social media
and networks
Subscribe to our
newsletter