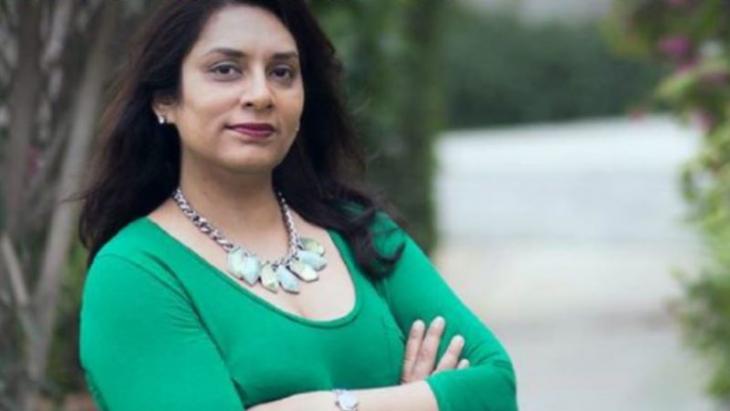 In "Before She Sleeps", which is set in the Muslim world of the twenty-second century, the Pakistani writer Bina Shah takes us on a dystopian journey into a future that may not be all that distant, where women attempt to take a stand against male domination. By Claudia Kramatschek

To many Western minds, feminism and the Muslim world don't really go hand in hand. There is, on the one hand, the difficult position of women in Muslim countries, who have often been robbed of many fundamental citizens' rights in the name of religion. And on the other, there is the narrow Western notion of what feminism is and what form it should take in order to be worthy of the name.

In fact, there are plenty of feminists in the Muslim world – but they set great store by conducting the struggle for their fellow women in a way that corresponds to the customs of their own culture, and not just to Western ideas.

The Karachi-based author Bina Shah is one such a feminist. In her novel Before She Sleeps, she foments an outwardly silent revolt, from the protection of the invisibility into which women have been gradually banished, not least in Karachi.

Around thirty years ago, women were still able to stroll around the city wearing sleeveless dresses and knee-length skirts. The colourful beauties in bright shalwar kameez that came after have since been increasingly replaced by colourless figures in chadors.

Bina Shah – a blogger and journalist who also regularly speaks out for women's rights – used a recent essay to re-emphasise the fact that the main problem is not religion itself, but the pact between the patriarchal status quo and religious obscurantism.

And in the same vein, Before She Sleeps doesn't target Islam or religion. Instead, Shah sketches out the rather bleak, and at the same time post-apocalyptic scenario of a world in which women are once again reduced solely to their fertility. 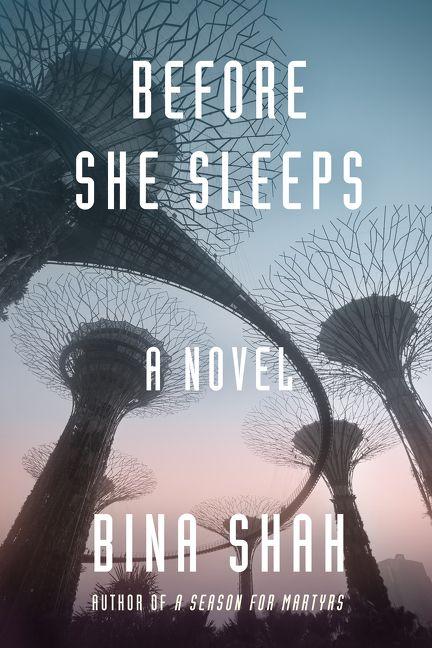 According to Claudia Kramatschek, in "Before She Sleeps", Bina Shah confidently presents a new version of the novel that is the mother of all female dystopias: Margaret Atwood's classic "The Handmaid's Tale". She writes: "Shah inscribes the iniquities of our era on her own version: where Atwood's regime was a purely phallic theocracy, Shah gives us a wider view of the sinister alliance between technological omnipotence and the mania for security"

The novel is set at the start of the twenty-second century, somewhere in Asia. Around fifty years previously, following a devastating climate catastrophe, there was a nuclear war in the territory of present-day Pakistan. Whole generations were wiped out; survivors fled into the safe regions still untouched by radiation; old national borders disintegrated and new territories were founded. One of these is the region of South West Asia – with its new capital, Green City, which is the setting for the novel.

The name of this city – which comes across as a sinister future amalgamation of megacities like Karachi and Dubai – is a statement of intent. The place, which was hard-won from the sandy soil, has to prosper – whatever the cost. And it is the women who have to pay that price: in Green City, they have to serve as human breeding machines (with the aid of drugs if necessary); contraception and abortions are strictly forbidden.

The way the sexes live together is also completely ruled by the commandment to procreate. Men – who in Shah's world also suffer from the deliberate estrangement between the sexes – live in compulsory polygamous relationships. Girls and women are under strict round-the-clock surveillance. Forced marriages are the norm.

A bunker as a safe haven

But there is a place where quite different rules apply for women: the "Panah" is an underground bunker on the outskirts of Green City, which is an ironic, terrible mutation of the phenomenon of the "parda". This is the cultural tradition according to which women have to live in an area separated from public life; and although it isn't written into Pakistani law, it is deeply ingrained in people's thought and behaviour.

And it is there, of all places, in half involuntary, half voluntarily chosen seclusion, that the women in Shah's novel who have withdrawn themselves from the regime's repressive grip find refuge. No one must know of their existence.

The women of the "Panah" are classed as illegal – although at night, they make their bodies available to comfort the city's powerful men. This alliance has worked well for 30 years. But now, at the start of the novel, one of the women has accidentally got pregnant - which she only realises when she collapses on the street. In a desperate act, the Panah's most powerful client attempts to rescue the woman – and sets a disastrous chain of events in motion.

Variation on a classic theme

The ending of the novel, which is skilfully told from the perspectives of several first-person narrators, will not be revealed here. Suffice it to say that the plot does veer off down too many side-streets, taking sometimes exhaustingly meandering detours, and that the stand taken by its main protagonist does unfortunately end once again in the arms of a man.

In Before She Sleeps, Bina Shah confidently presents a new version of the novel that is the mother of all female dystopias: Margaret Atwood's classic The Handmaid's Tale. Shah inscribes the iniquities of our era on her own version: where Atwood's regime was a purely phallic theocracy, Shah gives us a wider view of the sinister alliance between technological omnipotence and the mania for security.

But at the same time, the ideological fetters placed on women in Green City are more subtle – since they also serve to protect them. In this respect, the novel has obvious parallels with the world the author inhabits in Pakistan – where although women now play a greater part in politics and the economy, they are still subjected to high levels of domestic violence, for example.

Bina Shah is clever enough, however, not to make this link explicit anywhere in the novel. The work of "the sleeping women" is hidden in every sense. In countries like Pakistan, this conspiratorial approach is the best way to go about making lasting changes.

Young performers in Lahore are shaping their lives outside the perceptions of Pakistani society, which views many art forms as obscene. As part of a new generation that hopes to ... END_OF_DOCUMENT_TOKEN_TO_BE_REPLACED

The Pakistani Taliban, known by the acronym TTP, are regrouping and reorganising, with their leadership headquartered in neighbouring Afghanistan, according to a U.N. report from ... END_OF_DOCUMENT_TOKEN_TO_BE_REPLACED

Every year in December, the team at Qantara.de takes a look back at the articles that proved most popular with our readers. This year is no different. Here is a run-down of the ... END_OF_DOCUMENT_TOKEN_TO_BE_REPLACED

In 1971, Bangladesh seceded from Pakistan after a bloody civil war to become independent. But the events of that time are still largely taboo today. A reappraisal of this central ... END_OF_DOCUMENT_TOKEN_TO_BE_REPLACED

"American*ish" – co-written by Aizzah Fatima and Iman K. Zawahry, and directed by the latter – is a rom com for an America too many don't want to acknowledge. Whereas most ... END_OF_DOCUMENT_TOKEN_TO_BE_REPLACED

The "War on Terror" has not only failed in Afghanistan, it has exacerbated insecurity and generated more terrorism. This is the main thrust of journalist Emran Feroz in his book, ... END_OF_DOCUMENT_TOKEN_TO_BE_REPLACED
Author:
Claudia Kramatschek
Date:
Mail:
Send via mail

END_OF_DOCUMENT_TOKEN_TO_BE_REPLACED
Social media
and networks
Subscribe to our
newsletter