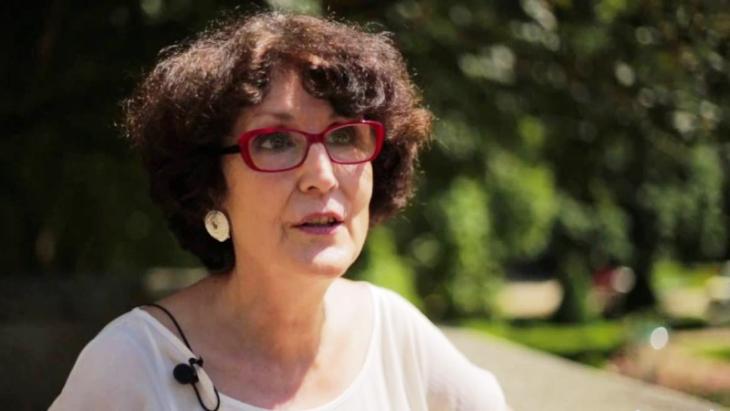 In her award-winning historical novel, French author Cecile Oumhani depicts the life story of a young Tunisian, who dreams of airship travel and a free and autonomous life, until his odyssey takes him via New York to the battlefields of the First World War. By Volker Kaminski

At first glance, Daoudʹs prospects in life appear rather unremarkable. As the son of a carpet merchant in Tunis, he experiences the kinds of limitations and humiliations typical for a young Arab in his social position at the start of the 20th century. Opportunities for personal development are few and fathers determine the future of their sons. As such, Daoud summarily takes up a position in his fatherʹs firm and, for the time being, the occasional trip to Italy on business must compensate for his great desire for freedom and his curiosity of the world beyond.

His mother left her unfaithful husband when Daoud was still a child, leaving him to rely on his surrogate mother, Mouldia, the good-hearted soul of the house. Mouldia, who originally entered the household as a slave after having been abducted as a six-year-old from her home in the Sahara, also brought up Daoudʹs father. The young Daoud listened with rapt attention to her fascinating stories of a totally unique and remote desert world.

Desperate to learn to fly

Pictures and stories describing far-off places invariably arouse in Daoud the desire to explore new frontiers and achieve personal fulfilment. Berensky, a Russian businessman and balloonist who Daoud meets by chance in Tunis, encourages him to attain a licence to pilot a tethered balloon. Daoud is at once captivated by this idea and imagines travelling the world in an airship, observing the earth from on high. The colonial authorities, however, do not permit a "native" to hold a pilotʹs licence.

Such harassing stipulations push Daoud to team up with his friends to write political statements and inflammatory pamphlets that urge the population to resist the protectorate government. Widespread efforts towards independence throughout the country lead to the repression and persecution of activists, resulting in the 1906 uprisings in the interior of the country – a momentous historical event that is referenced in the novel. 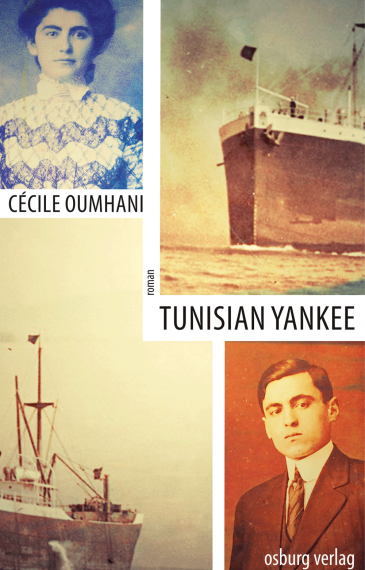 Cecile Oumhaniʹs moving novel "Tunisian Yankee" is a timely reminder that there once was a vibrant, bustling Middle Eastern neighbourhood at the heart of New York, whose inhabitants contributed to the cityʹs cultural and intellectual diversity

Daoud, however, is more of a tragic figure than a rebel. The author has structured Daoudʹs narrative so that we initially encounter him seriously wounded on a First World War battlefield and learn of his admission to a French military hospital. Surrounded by hundreds of other wounded, confined to his sickbed with pain and half-dazed from morphine injections, Daoud begins to look back and reconstruct his life up to that point.

Escape from a bleak homeland

The Tunisian "Yankee", known as Dawood in America, does indeed succeed after many futile attempts to escape from his bleak homeland, in which he saw no prospect for a better future. Yet, this only exemplifies the tragedy of his life and also provides the novel with its melancholy theme – in his tenacious struggle for independence and his attempt to build a life together with Elena, an Italian exile stranded in America who was on the same steamer during his cross-Atlantic journey, he constantly encounters defeat.

The narrator skilfully interweaves the various time periods surveyed by Daoud in his recollections. We find ourselves transported to Tunisia to the realm of his despotic and narrow-minded father, then we find ourselves in the New York district of Little Syria, where Arabic is spoken and is the setting of the most hopeful period of Daoudʹs life. Sometimes Daoud recalls Nora, a circus artist with whom he fell in love while in Tunisia, and then we are suddenly back to the midst of war during the campaign in France, where Daoud is critically wounded attempting to save a fellow soldier.

Reminiscent of Celineʹs "Journey to the End of the Night"

For each of these very different planes of her protagonistʹs recollections, the narrator has found an individual tone and a language saturated in images that vividly portrays the various stations of Daoudʹs life. Now and again, she describes the warfare as succinctly and bitterly as Celine in his "Journey to the End of the Night": "The next surge of young men who would be blown away, pitiful pin-like figures on the board of invisible players."

And then again she employs lyrical prose, in which the poetry borders on the flowery: "Her whispers are hardly more audible than the lisp of the eucalyptus leaves in the light breeze behind them." One has to commend the translator Regina Keil-Sagawe for her tremendous achievement in conveying the tone of the novel into German.

Minutiae of the period

At times, the novel reads as if it were based upon a real biography (which the historical photos on the book cover seem to suggest). The author has excellently researched her material, evidenced by the period minutiae that she includes and the various settings.

Even the emblematic optimistic spirit of progress of this epoch is brilliantly captured, as seen in Daoudʹs self-confidence and the opportunities he seeks to create for himself. Airship travel serves as an apt symbol of his enhanced utopian expectations and his indestructible hope of escaping his much too small and limited life.

Nevertheless, the novel should in no way be reduced to its historical context. Rather, it almost reads as a parable of a modern displaced person, searching the world over for a dignified life while constantly living in fear of being turned away at the border and being referred once again by the authorities.

It is an impressive literary work, in which the author provides her readers with deep insight into the character of its tragic protagonist.

With "Assad or We Burn the Country", Sam Dagher has furnished the world with some genuine ammunition against the Syrian regime's on-going campaign of disinformation. The only ... END_OF_DOCUMENT_TOKEN_TO_BE_REPLACED

Islamist attacks such as those that took place in Paris this last autumn evidence a new kind of perpetrator. In place of individual terror organisations, networks appear to have ... END_OF_DOCUMENT_TOKEN_TO_BE_REPLACED

Decades of oil exports have completely destabilised culture and politics in the Middle East. Speaking with Lena Bopp, the renowned writer Amin Maalouf says that the distorted ... END_OF_DOCUMENT_TOKEN_TO_BE_REPLACED

France is locked in a row over Islam, Islamophobia and the headscarf. But one key voice is almost completely missing from the debate – that of the women who wear the veil. By ... END_OF_DOCUMENT_TOKEN_TO_BE_REPLACED

The EU's relationship with the Moroccan government reinforces the political status quo at a time when a growing number of Moroccans appear to want change. By Chloe Teevan END_OF_DOCUMENT_TOKEN_TO_BE_REPLACED
Author:
Volker Kaminski
Date:
Mail:
Send via mail