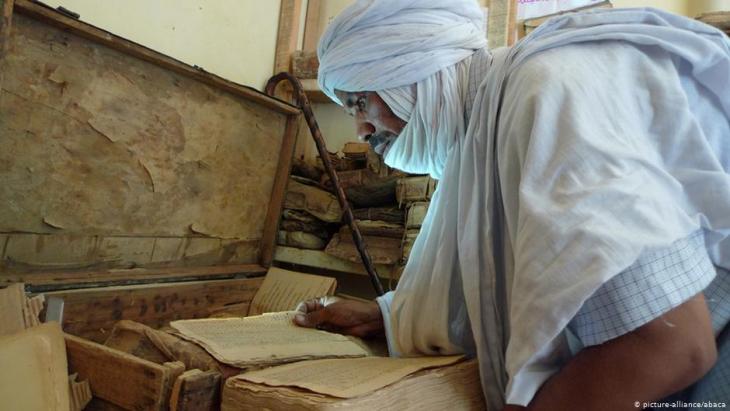 Book review: Charlie Englishʹs "The book smugglers of Timbuktu"
Of myths and heroes

Timbuktu, the ancient desert city in Mali, has always been shrouded in myths. Charlie English’s "The book smugglers of Timbuktu" proves that the city has not lost its magic. By Dagmar Wolf

Founded in the 12th century, Timbuktu developed into an important trading centre by the 14th century, due to its location as a hub between river trade on the Niger river and caravan routes through the Sahara desert. Merchants and caravan leaders spoke of immeasurable wealth and roofs made of gold.

The colonial powers Britain and France competed to find Timbuktu for years. They hoped to unveil the secret of the city – and exploit its wealth. In search of the desert city, daredevil pioneers embarked on long trips many times, but kept failing to reach their destination. Rene Caillie, a Frenchman, finally made it to Timbuktu dressed as an Arab in 1828. He saw mud buildings and dusty paths, but no golden roofs. Europeans did not believe him at first.Only 25 years later could Heinrich Barth, a German explorer, confirm Caillie’s reports. However, Barth soon discovered a completely different wealth. 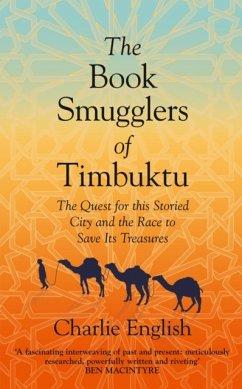 In his 2017 book, which reads like an adventure novel, English links the quest to save Timbuktuʹs literary trove from the Islamists with the history of the city, its manuscripts and myths in two parallel narrative strands

It had actually been mentioned earlier by Alexander Gordon Laing – a Brit, who got lost during his expedition. In a letter in 1826 he wrote about old manuscripts and collected writings that cast a completely new light on West African history.

Until then, Europeans had assumed that "ignorant savages" lived in the continent’s interior. The ancient manuscripts proved that traditions of writing had existed for centuries. Chronicles showed that since the medieval period Timbuktu had developed from a caravanserai to a centre of Islamic scholarship. The manuscripts were mainly Arabic texts.

They dealt with a wide range of topics, including astronomy, medicine, history, religion and poetry. There were many legal documents too. Many manuscripts were privately owned by various families. A proper research institute was only set up in 1973 with UNESCO support with the aim of collecting and documenting these precious artefacts.

When Islamist militias conquered the city in 2012, this treasure was in great danger. In January 2013, the mayor of Timbuktu informed the world that some of the age-old manuscripts had been burned. Charlie English, then head of international news at the British newspaper The Guardian, quit his job, planning to get to the bottom of the story and to write a book about it.

English did extensive research and met Abdel Kader Haidara, a librarian. In a spectacular rescue operation, Haidara in cooperation with several colleagues and other scholars, did their best to smuggle the valuable manuscripts out of the city. English’s book reads like an adventure novel. It tells the story of the book rescue and the history of the city in two parallel strands.

Haidara and his supporters managed to acquire international funds, procured boxes, crates and barrels and eventually smuggled the historical documents out of the city. They hid them under food on pick-up trucks or shipped them on boats past Islamist checkpoints on a small local river. With every trip, they risked their lives once more. According to Haidara, they managed to transfer 377,491 documents from Timbuktu to the safety of Bamako, Mali’s capital. Only a few writings fell victim to the Islamists.

At the very end of the book, English admits that the real number of rescued manuscripts may actually have been smaller than claimed. However, the smaller number hardly diminishes the merit of the rescuers – and it fits the reputation of a city of many legends.

Home
Print
Newsletter
More on this topic
Photo essay: Timbuktu manuscripts: preserving knowledge for posterityAbderrahmane Sissako's film "Timbuktu": In the beginning there was violenceInterview with Bakary Sambe: ''In the Arab world, we Africans are viewed as inferior Muslims''
Related Topics
Colonialism, History of Islam, Islam in Africa, Science, Travels in the Orient
All Topics

Ben Aylon’s debut international album sees him elevate the traditional music and instruments of Senegal and Mali into a fresh contemporary setting. Seven years in the making, " ... END_OF_DOCUMENT_TOKEN_TO_BE_REPLACED

Anansy Cisse's new release "Anoura" – literally 'the light' – is not only a fine example of Malian music, but the story behind the album is also a microcosm of the struggles ... END_OF_DOCUMENT_TOKEN_TO_BE_REPLACED

The end of July saw the launch of the African Union’s "Sauti" digital publication, the first young feminist platform in Africa, which this year showcases stories by female youth ... END_OF_DOCUMENT_TOKEN_TO_BE_REPLACED

With "Amankor/The Exile", the Kel Tamashek band Tartit have produced another cultural treasure for the rest of the world to appreciate. Their original intent may have been to keep ... END_OF_DOCUMENT_TOKEN_TO_BE_REPLACED
Author:
Dagmar Wolf
Date:
Mail:
Send via mail

END_OF_DOCUMENT_TOKEN_TO_BE_REPLACED
Social media
and networks
Subscribe to our
newsletter