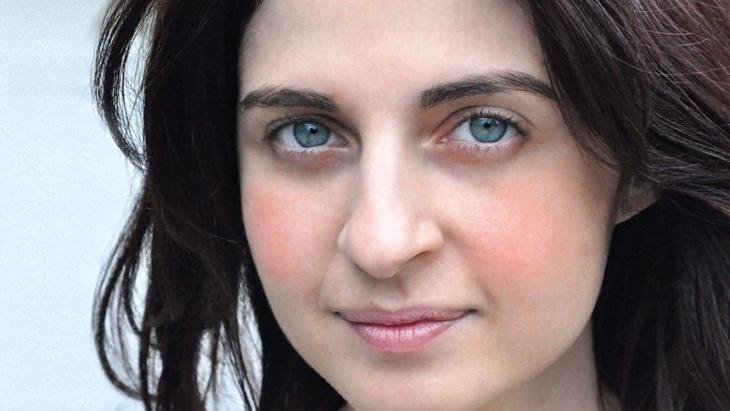 They have lost everything; they are deeply traumatised – and yet they refuse to give up hope. In “The Beekeeper of Aleppo“, bestselling author Christy Lefteri focuses on the plight of thousands and thousands of refugees. Dagmar Wolf read the book

Nuri is a beekeeper. He was actually supposed to take over his father’s tailor’s shop in Aleppo, but when his cousin Mustafa introduces him to beekeeping, Nuri makes a life-changing decision. Mustafa is a professor at Damascus University, and while he commutes back and forth between Aleppo and Damascus, Nuri takes care of the hives. The venture goes well. Before long, they have 100 hives producing 10 tonnes of honey a year. Mustafa opens a shop, attracting customers from Europe, Asia and the Gulf States. His plan is for his daughter Aya to take over the store later.

Nuri leads a simple but happy life with his artist wife Afra and young son Sami. Yet the war draws closer. Mustafa sends his wife and daughter to friends in England. He himself hesitates, unwilling to abandon his hives. One night, however, the hives are destroyed by vandals, whereupon Mustafa decides to follow his wife and daughter. But then his teenage son Firas disappears. 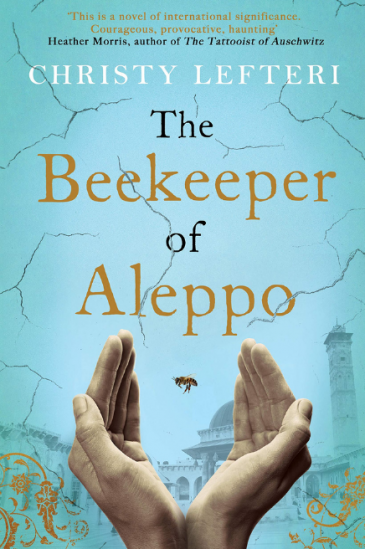 A testament to the triumph of the human spirit: as Nuri and Afra travel through a broken world, they must confront not only the pain of their own unspeakable loss, but dangers that would overwhelm the bravest of souls. Above all - and perhaps this is the hardest thing they face – they must journey to find each other again

Only a week later, Nuri’s son Sami dies in an explosion while playing in the garden one last time before the family wanted to leave for England.

Afra, who is blinded by the explosion, refuses to leave. She cannot face leaving Sami, who is buried in the garden. But the pressures mount. Mustafa disappears after observing four men execute boys by the river – and shooting three of them dead. Nuri also repeatedly witnesses cruelty and destruction.

“I wished I could wipe away what I had seen. I wanted to erase it all from my memory,” he says. When fighters seek to forcibly recruit him and destroy the family home, Nuri and Afra have no choice but to finally flee.

They are taken to the Turkish border by smugglers. On the banks of the Orontes, dramatic scenes unfold as they set out to cross the wide border river at night with other refugees, some in "big cooking pots".

On reaching Istanbul, they find they need to wait for better weather before attempting the crossing in an inflatable boat to Greece. There are regular reports of boats sinking and people drowning.

"People die slowly, from the inside"

Eventually they end up in Athens, stranded in an illegal camp in Pedion tou Areos Park along with thousands of refugees, mostly from Afghanistan, but also from other countries. Strange things go on around them. “Here in the park, it feels as if we have all been forgotten,” Nuri says. “In this place, people die slowly, from the inside. One by one, they die.”

Wherever possible, Nuri tries to keep in email contact with Mustafa. He thus learns that Mustafa has made it to England and is trying to start up a beekeeping business again.

The hope of joining Mustafa in England and their love for each other keep Afra and Nuri going.

The couple are in the very fortunate position of being able to raise enough money to pay smugglers. So, unlike most other refugees, they manage to escape from the proverbial "hell on earth" – but they pay a high price, not only in monetary terms.

At the beginning of the book, we find them in a refugee shelter preparing their application for asylum with the help of a social worker, so it is clear from the outset that they eventually make it to England. But the nightmare is far from over. They are both plagued by traumatic memories of their experiences in Syria and on the road.

Christy Lefteri grew up in London as the daughter of Cypriot refugees. In the summers of 2016 and 2017 she spent months in a refugee camp in Athens. Her conversations with people there inspired her to write this compelling and sensitive book, for which she was awarded the Aspen Words Literary Prize in 2020.

Home
Print
Newsletter
More on this topic
Syrian author and poet Ra′id Wahsh: Who ate the sky?Book review: Larissa Bender's "Inside Views from Syria": Rage and resignation in war-torn SyriaGreece and the asylum-seekers: How do you solve a problem like Moria?
Related Topics
Book reviews, Literature, Policy on refugees and migration, Refugees, Syrian Civil War
All Topics

Recent efforts to rehabilitate Assad are setting a damaging precedent for accountability, just as the international community is expressing the need to hold Russia to account for ... END_OF_DOCUMENT_TOKEN_TO_BE_REPLACED

The Kurds are under attack from two sides: from Turkey, and from Iran. The situation in their territories in northern Iraq is becoming increasingly desperate. Birgit Svensson ... END_OF_DOCUMENT_TOKEN_TO_BE_REPLACED

More than 300 children in rebel-held northwest Syria kicked off their own football World Cup on Saturday, with organisers hoping to shine a light on communities battered by 11 ... END_OF_DOCUMENT_TOKEN_TO_BE_REPLACED

Lamya Kaddor, MP for Germany’s Green Party, visited Qatar with a group of parliamentarians. In interview with Claudia Mende, she advocates a differentiated picture and urges that ... END_OF_DOCUMENT_TOKEN_TO_BE_REPLACED

Arabs in the German capital? For many, this means criminal clans. Yet the city is home to a vibrant intellectual scene. Exiles from Syria, Palestine and Egypt are gathering to ... END_OF_DOCUMENT_TOKEN_TO_BE_REPLACED

After a two-year hiatus, the Arab League re-convened at the beginning of November in Algiers against a backdrop of uncertainty and discord. By Pierre Boussel END_OF_DOCUMENT_TOKEN_TO_BE_REPLACED
Author:
Dagmar Wolf
Date:
Mail:
Send via mail

END_OF_DOCUMENT_TOKEN_TO_BE_REPLACED
Social media
and networks
Subscribe to our
newsletter