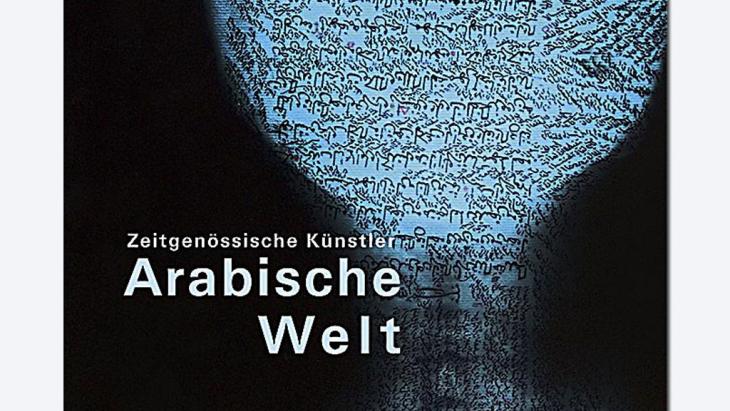 The book "Contemporary Artists – Arab World" shows how different Arab artists have reacted to the upheaval in their countries. By Kersten Knipp

There are many ways to experience, interpret and make sense of reality. But things become more difficult if one is called upon to address a particular version of reality, and, moreover, to do so publicly. In such circumstances, the scope of what is possible dwindles, because not all versions get the chance to be heard, at least not if they originate in a political environment that is not equally receptive to all interpretations. If things go wrong, only one version has the chance to be heard.

"If one grows up in a dictatorship, one is cut off from reality. Reality becomes the property of the state." This is how the Egyptian filmmaker Yousry Nasrallah, born in 1952, describes his experiences with the different political regimes in his country. Although they stood for very different things when they came to power, there was nothing to choose between them in terms of their treatment of the people: Nasser's dream of an Arab path to socialism, the neo-liberal formulas of Sadat and Mubarak, Morsi's brief religious dream, and now also, increasingly, al-Sisi's programme of the regulated state.

Different as they may have been, all these regimes had one thing in common: they all saw their citizens first and foremost as subordinates, subjects who should remain politically passive, particularly if they held views that were at odds with those espoused by the regime.

It is certainly true that the dominance of any particular world view depends upon the ability of a state to impose this view with all its might. But is repression the only prerequisite for cultural impoverishment? No, says Nasrallah, pointing to the tendency of audiences – Arab and non-Arab alike – to see the world the way they want to see it rather than the way it is. He became aware of this while working on his film "Bab al-Shams", a five-hour epic that tells the story of the Palestinians and is based on a novel of the same name by Elias Khoury. 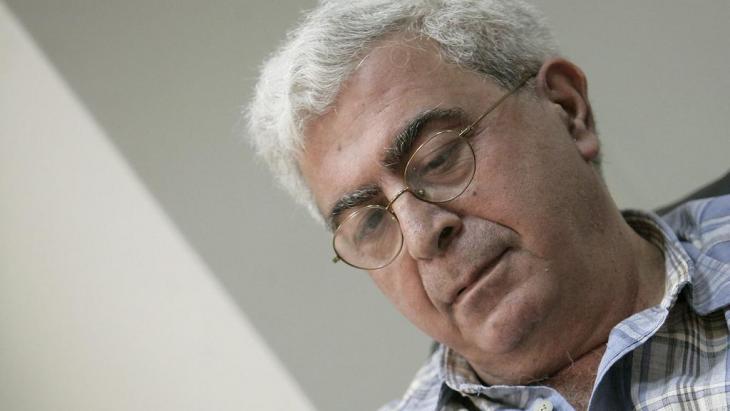 Elias Khoury (pictured here) was born in Beirut in 1948. He is a writer, dramatist, literature critic and editor. He was an activist in Fatah and is one of the leading writers and intellectuals in the Arab world. He has written ten novels and three plays

Why is it, asks Nasrallah, that when Arabs think of the massacres of the Lebanon war it is mainly the events in the Palestinian camps at Sabra und Shatila that they remember? It is because it is so easy to put the blame on the Palestinians and the Christians and to block out the atrocities committed by Arabs – by the Syrians, the Amal movement or the resistance groups, he says. It is precisely for this reason, Nasrallah explains, that he makes films "about the political movement of the 1970s, about why and how it failed, about why it was that our ideas were so at odds with reality, and how we ignored reality."

But the primary concern of the artists, writers, directors and dancers featured in the book "Zeitgenössische Welt – Arabische Künstler" (Contemporary Artists – Arab World) is not the realities as such, but the influencing of the perception of such realities. The book introduces 25 artists from a variety of Middle Eastern countries from Tunisia to Saudi Arabia. A common denominator is that all of them deal in their work with the political situations in their respective countries. That, of course, demands that they keep pace with events.

The breakneck speed of developments

The dissatisfaction that led to the upheaval of 2011 had been building up for decades. The only question now is: where has it all led? The heroic and in retrospect rather too optimistically celebrated revolution has stuttered to a halt, and the work created at the time has lost much of its relevance. When the Syrian dramatist Mohammad el-Atar wanted to put on his play about the Egyptian Revolution, "Look at the Street", one year after it had premiered in Germany, he soon became aware of its shortcomings: "It felt as if the text had been written a decade ago," he says, "not just a year ago!" The text now seems like a historical document.

For those involved in the artistic exploration of the political events, this can only be resolved by maintaining an objective distance, by trying not to lose oneself in the frenzied chaos of a present that is moving at breakneck speed. An autonomous artistic language is required, one capable of preserving its integrity against the frenetic mutability of the times.

Perhaps the background to the images and what they don't reveal is more important than the images themselves, explains Lebanese film director Rabih Mroué, "What can and what can't we see?" When we look at reality – including political reality – do we really see things as a whole? Or do we just see a part and take it to be the whole? By playing with the mechanisms of distorted perception, Mroué raises an unsettling question: Are we really seeing reality? Or do we just think we are seeing it? 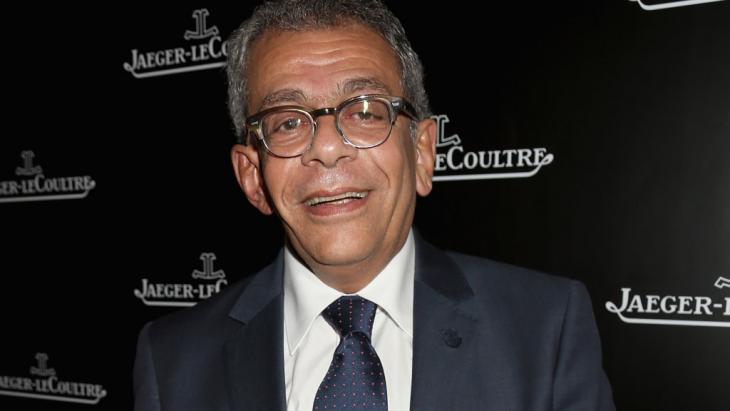 "If one grows up in a dictatorship, one is cut off from reality. Reality becomes the property of the state." Egyptian filmmaker Yousry Nasrallah at the Abu Dhabi film festival in 2012

In this context, Yousry Nasrallah makes reference to the camel charge on demonstrators during the chaotic weeks of the Egyptian revolution. It was an image that became iconic; the symbol of a government that was willing to go to any lengths – and that despite the fact that the identities of those who ordered the charge still remain unknown.

This informative book, which is well worth reading, shows that culture cannot provide answers to real political problems. It reminds us instead that we need to maintain an objective distance, to resist being caught up in the present and swept along by those who shape it.

The position of the artists featured in the book can, therefore, be described as varieties of liberalism, as a refusal to surrender to the pressures of public opinion, whether these pressures come in the form of proscriptive state legislation or through popular – often religiously motivated – popular movements.

People in all revolutions – and above all the people of the crisis-torn Arab countries – face the challenge of refusing to subscribe completely to anyone else's ideas, to go to extremes for any ideology. In a very impressive manner, this intelligent and informative volume shows how artists and intellectuals are facing up to this challenge.

Two refugees detained in Egypt are facing deportation to Eritrea. The expulsion of the Eritreans, who have been incarcerated in Cairo for more than eight years, has been halted ... END_OF_DOCUMENT_TOKEN_TO_BE_REPLACED

International relations are shifting across the Middle East as regional powers adapt to America's retrenchment and China's growing influence. Although the region could become the ... END_OF_DOCUMENT_TOKEN_TO_BE_REPLACED

Germany's foreign policy is explicitly values-based. But what happens, Ralf Bosen asks, when democracy, the rule of law and human rights collide with the logic of trade and ... END_OF_DOCUMENT_TOKEN_TO_BE_REPLACED

Egyptian author Nadia Wassef talks about opening the first independent bookstore in her home country; and her latest book in which she celebrates books and booksellers. By Manasi ... END_OF_DOCUMENT_TOKEN_TO_BE_REPLACED

"The people aren’t ready for democracy" has been the constitutional basis for Arab tyranny, its favourite slogan and its sacred narrative for more than a century. Yet, asks Khaled ... END_OF_DOCUMENT_TOKEN_TO_BE_REPLACED

END_OF_DOCUMENT_TOKEN_TO_BE_REPLACED
Social media
and networks
Subscribe to our
newsletter