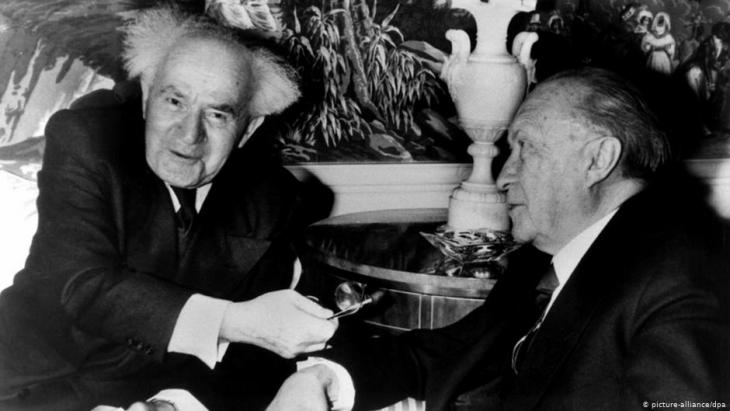 German-Israeli relations are close and cordial. That this is possible, 75 years after the end of the World War Two and the Shoa, is frequently described as a "miracle". With his seminal work on the relationship between Germany and Israel, so far only published in English, Daniel Marwecki draws a different conclusion: in their diplomacy, neither side focused primarily on moral considerations, but rather on tangible political, economic and military interests.

For the fledgling Federal Republic, the priority was the legitimation of the "Stunde Null" (zero hour) myth, in which the spirit of Nazism had ostensibly been overcome ("whitewashing"). For Israel, the primary concern was consolidation of the young state and developing political and military clout.

To this day in Germany, an interpretation prevails that surmises a moral motivation behind financial reparations to Israel billed as "compensation" – a downright repugnant term in view of the gulf between the payment of several million Deutschmarks and the destruction and expropriation of six million Jews in Europe.

In Israeli perception there was no "compensation", but at best reparations (Hebrew: Shilumim), rejected by most of the Israeli population as "blood money", but perceived by Prime Minister David Ben Gurion as indispensable for the building of the new state.

Special role of Germany and the USA as protecting powers

Rightly so, as Daniel Marwecki shows. Up until the Six-Day War of June 1967, the Federal Republic played a prominent role with its support – which was not just financial, but first and foremost industrial and military in nature – some of which was expedited in secret. It was only after this conflict that the U.S. became the paramount protective power that it is today. 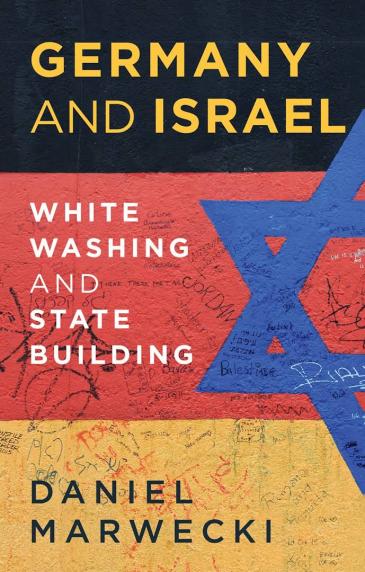 Marwecki’s book could be understood as a plea for more honesty: only those who don’t romanticise the complex history of the German-Israeli relationship and openly declare their political interests will be able to set the future course of ties between the two countries

It is not that there is no public awareness of this German contribution to the consolidation of the Israeli state. But Marwecki has succeeded in carrying out in-depth, critical scrutiny of the often-ambiguous motives of this support, based on a comprehensive study of sources in the German Foreign Office archive.

In the political discussion on possible payments to Israel, there were indeed moral, fiscal and foreign policy considerations in the early 1950s within the cabinet and the Bundestag. But a proposal favoured by all parties was to distract from crimes committed "in German name" – a trivialising phase used under Adenauer, but also by many of his successors – with a new policy of symbolism.

And for the German side at least, what was also symbolic was the sum agreed in 1952: 823 million dollars to the Israeli state, two-thirds of which was paid out in the form of goods and services.

Marwecki indicates the limited scope of this "Luxembourg Agreement" by juxtaposing it with the debt relief granted to the German state one year later in London to the tune of 16 billion dollars.

Marwecki recalls another recurring theme appearing in the notes of German officials: the anti-Semitic idea of a powerful "global Jewry” (Nazi terminology used for example by Finance Minister Fritz Schaeffer in the German parliament in 1952), that could be appeased by good relations with Israel.

In an interview with Gunter Gaus on 29 December 1965, Adenauer was still saying: "The power of the Jews to this day, in America in particular, should not be underestimated." It may not be much of a surprise that an elite, many members of which, unlike Adenauer, were themselves part of the Nazi apparatus or German army war command, had still not even slightly departed from this latent and sometimes openly flaunted anti-Semitism.

But of all things, that these views were a driver in building relations with Israel is just as paradoxical as the fact that because military and economic ties with Germany were so important for Israel, although just a few years had passed since the Shoa, David Ben-Gurion largely left the past alone. The "new Germany" should no longer be associated with "Nazi Germany".

And so, as Hannah Arendt ascertained in her famous report on the Eichmann trial of 1961, German perpetrators – so many of whom were still holding key positions in Bonn – were not branded as Nazis, but rather Arab leaders such as Nasser or the notorious Palestinian mufti Amin al-Hussaini. He may have been guilty of collaborating with the Nazis, but he was by no means the influential protagonist of the "Final Solution" as he was now being made out to be, in an attempt to discredit legitimate Palestinian claims.

The "blessing of late birth"

Marwecki also analyses more recent German-Israeli relations in the context of the nations’ respective interests. In doing so, rather than unearthing much in the way of new information, he provides a thorough overview: from Middle East policies under Chancellor Willi Brandt, which were more firmly orientated to the Arab world in view of the oil crisis, through to the conservative government of Helmut Kohl who, with his quote on the "blessing of late birth" again sought to gloss over German responsibility. 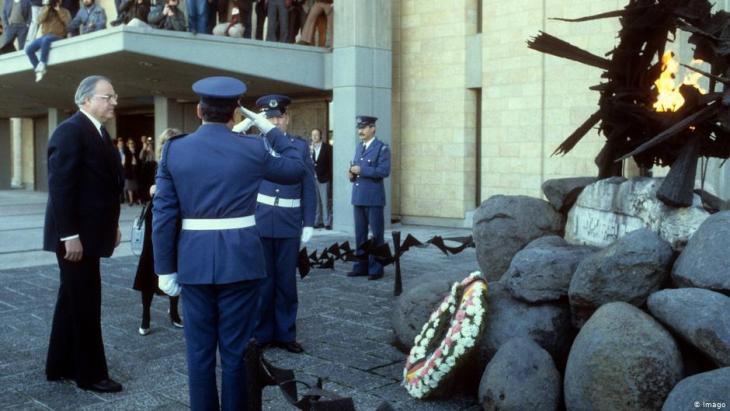 Caught in the crossfire of public criticism: during his first visit to Israel in January 1984, the then Chancellor Helmut Kohl spoke before the Knesset in Jerusalem of the "blessing of late birth". Kohl meant that he represented a generation too young to have themselves been "perpetrators". His critics accused him of wanting to shirk "historical responsibility" for the Holocaust, which every German – regardless of age – has to face

At the moment of reunification, he perceives the close relationship with Israel as an important vehicle for German politics to demonstrate that unified Germany will adhere to its ongoing policy of alignment with the West.

In his book, Marwecki does not dispute the efforts and achievements made on the path to a genuine "reappraisal" of the past in a legal and societal context – attainments that characterise the German-Israeli dialogue to this day. But he consistently questions their often formulaic political representation culminating in Merkel describing Israeli security as a "reason of State" for the Federal Republic.

He quotes the German Social Democrat politician Martin Schulz with a comment from 2018: "By protecting Israel, we are protecting ourselves – from the demons of our own past." The fact Germany is experiencing a dramatic rise in anti-Semitic views – and deeds – suggests that it is going to take more than support for Israel to repel those demons. The German discourse on Israel, says Marwecki, mostly focuses less on the situation in the Middle East, and more on German identities and German guilt – and not infrequently on attempts to supress these or confer them on others.

To date, anti-Semitism and guilt deflection of this sort was discussed almost exclusively in relation to the pro-Palestinian German Left and the ’68 movement. Marwecki’s book presents an important contribution to the debate, one which analyses the manifold motives driving all facets of German-Israeli relations. The origins of these motives are not always as morally inflated as the official speeches may suggest.

Marwecki’s book could be understood as a plea for more honesty: only those who don’t romanticise the complex history of the German-Israeli relationship and openly declare their political interests will be able to set the future course of ties between the two countries.

The Hanau terror attack showed just how dangerous racist conspiracy theories can be. And yet it is a threat that continues to be underestimated. Commentary by Daniel Bax END_OF_DOCUMENT_TOKEN_TO_BE_REPLACED

How can we truly appreciate the richness of cultures not our own? In her recent book "What is Islamic art? Between religion and perception", art historian Wendy Shaw explains the ... END_OF_DOCUMENT_TOKEN_TO_BE_REPLACED

In his controversial book published in 2020, French author Pascal Bruckner describes anti-Muslim sentiment as a fiction, claiming that the term "Islamophobia" is being used to ... END_OF_DOCUMENT_TOKEN_TO_BE_REPLACED

Islam scholar and social anthropologist Marie-Christine Heinze is head of an academic exchange project with the University of Sanaa on "Post-conflict Reconstruction in Yemen". In ... END_OF_DOCUMENT_TOKEN_TO_BE_REPLACED

Several media reports in recent weeks have focused on the potential threat presented by Islamist groups in Germany. The discourse is fraught with generalisations, both sides ... END_OF_DOCUMENT_TOKEN_TO_BE_REPLACED
Author:
René Wildangel
Date:
Mail:
Send via mail

END_OF_DOCUMENT_TOKEN_TO_BE_REPLACED
Social media
and networks
Subscribe to our
newsletter