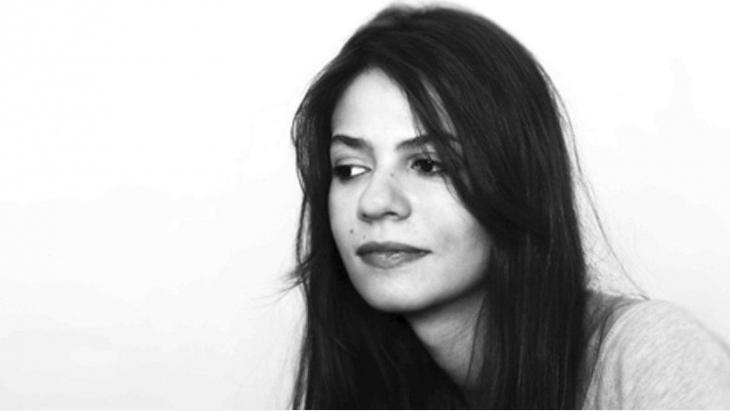 Dima Wannous' short story collection "Details", which was published in English several years ago, has recently been published in German translation. It centres on people from different layers of society who are united by a single fate: life in a dictatorial regime that has reached the end of the line but from which there still seems to be no escape. By Volker Kaminski

Wannous' protagonists are inconspicuous average citizens. None of them stands out as having any particular talent. They are the kind of people that can be found all over the world; people who are caught up in their everyday worries and small desires. Yet the Syrian political system that surrounds them and is marked out by corruption, intimidation and marginalisation of those who think differently demands a high level of adaptation and passive obedience from them every day of their lives.

In a foreword written for the German edition, Wannous says of that time in Damascus: "We have forgotten that life was empty, that we slept so as to get up and got up so as to get the day over with […]. We lived as though we were in chains." The revolution of spring 2011, she writes – as "bitter" as the experiences were and as horrifying as its consequences remain to this day – broke through a "wall of silence" and made long-existing "ruptures" in society visible.

The title of the recently published German translation is "Dunkle Wolken ueber Damaskus" (dark clouds over Damascus). In Wannous' stories, "dark clouds" have already gathered over Damascus and the country. The threat is, however, indirect in nature; there is no sign as yet of today's military violence or brutal civil war. People live lives that are centred on themselves, "inside their own four walls, without knowing what goes on outside them," as she writes in the foreword. As though wanting to emphasise this – essentially unhealthy – normality, most of Wannous' stories begin in the early morning, an unspectacular, quiet time of day when people usually get out of bed and get ready for work.

Portraits of a cross-section of society 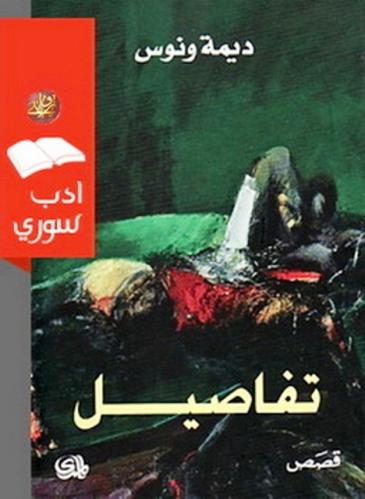 Dima Wannous' collection of short stories "Details" (pictured here, the cover of the Arabic version) has now been translated into German. The title of the German version is "Dunkle Wolken über Damaskus" (dark clouds over Damascus)

Yet despite this prevailing lack of excitement, her heroes possess colour and contours from the very first moment. The main reason for this is that the narrator does not go easy on them, directing an ironically revealing eye at them, a gaze that often gives the portraits a hint of exaggerated parody that at times slips into the grotesque.

Jaafar, a loyal servant of the Assad regime, who is sacked after decades in his post, is forced to realise that his powerful position, "which even made the specks of dust on the street tremble in awe," is lost and gone forever. Yet he is shrewd and far-sighted enough to begin reorienting himself, visiting an opposition activist on the very day of his "discharge", to arm himself for the future and jump on the bandwagon before it starts rolling.

Maha, a newspaper editor who is appointed departmental manager one fine morning, is another character with whom the reader finds it hard to sympathise. She has carved out a career for herself through stubborn silence and rigorous conformation with her bosses. The narrator paints a drastic picture of her character and appearance: "Her skin was translucent and white as snow, but with pores so large it was reminiscent of the foam on top of beer." Maha is forced to realise that she will never be free as a manager and that her future work will demand "painful compromises" of her, particularly "defending the government's wise policies".

Insights into the misery of existence

Wannous gives us a whole series of portraits of careerists without conscience, ambitious employees, tacticians and profiteers. Alongside them, however, are stories of people who have no power, who experience reality from a different perspective and have no need to mince their words.

Samih, for instance, a taxi driver in a permanent good mood, freely confesses the misery of his existence and likes to embroil his passengers in controversial political conversations in which he peppers them with provocative questions.

The chauffeur Mohammed has to drive a wealthy woman from Damascus to Bagdad and back in a luxury BMW, so that she can spend thousands of dollars on ridiculously expensive perfume and jewellery at a duty-free shop. On the drive, Mohammed slips into a kind of intoxication, dizzy from all the luxury items and exclusive scents, before he returns home in the evening to the windowless shack he calls home and shares with his wife and six hungry children.

Dima Wannous has a masterfully gentle touch and is a precise observer of subtle social change. She has a talent for "spreading out her characters' inner worlds before us," as her German translator, Larissa Bender, explains in her afterword.

Above all, the sensual language, unusual images and unique comparisons make these stylistically sophisticated stories a pleasure to read. They are stories of a reality marked by "coldness and hardness", one that came directly before the "bitter experiences" the Syrian people have been going through ever since.

Since 2015 there has been a surge of interest in Syrian writing in German translation. In this series of interviews, writers, poets, publishers, and artists in Berlin talk about ... END_OF_DOCUMENT_TOKEN_TO_BE_REPLACED

In his most recent book, "Trust in Divided Societies: State, Institutions and Governance in Lebanon, Syria and Palestine", political scientist Abdalhadi Alijla writes that not ... END_OF_DOCUMENT_TOKEN_TO_BE_REPLACED

Ten years after the start of the Arabellion in North Africa and the Middle East, many view the movement as a failure. But rather than being over, it has now entered a more mature ... END_OF_DOCUMENT_TOKEN_TO_BE_REPLACED

Initial statements by the Biden administration indicate it will follow a carrot and stick policy towards Turkey. Ankara believes its role in negotiations on various issues could ... END_OF_DOCUMENT_TOKEN_TO_BE_REPLACED

Investigations by German federal prosecutors into the evidence of chemical warfare in Syria are ongoing. Deutsche Welle and Der Spiegel gained exclusive access to witnesses and ... END_OF_DOCUMENT_TOKEN_TO_BE_REPLACED

Relations between Ankara and Paris have reached a new low, with presidential communications contributing to the escalation. To describe recent bilateral exchanges as undiplomatic ... END_OF_DOCUMENT_TOKEN_TO_BE_REPLACED
Author:
Volker Kaminski
Date:
Mail:
Send via mail

END_OF_DOCUMENT_TOKEN_TO_BE_REPLACED
Social media
and networks
Subscribe to our
newsletter