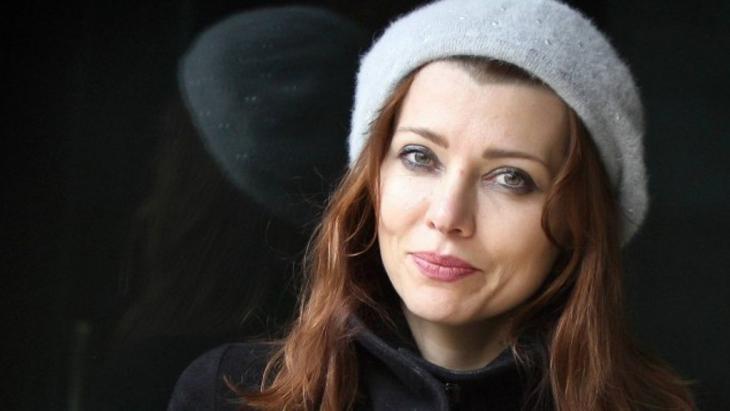 In her latest novel, ″Three Daughters of Eve″, best-selling Turkish author Elif Shafak follows the life of a young woman from Istanbul who is torn between tradition and secularisation as she pursues a degree at Oxford University – and is plunged into deep personal and religious conflicts as a result. Volker Kaminski read the book

Peri has been straddling worlds ever since she was a child. While her mother prays three times a day, wears a headscarf and follows all the religious rules, her father is sickened by the ″scent of paradise″ (Der Geruch des Paradieses, the book’s German title) and makes an effort to educate his daughter in the values of the Enlightenment and critical thinking.

Peri, who loves both her parents, resorts to unconventional means to keep the peace at home: when her father puts up a Christmas tree, which her mother condemns as a Christian symbol, she turns it into a ″Muslim tree″, decorating it with a headscarf, a brass mosque and a book of Islamic poetry.

Although Peri is a bright girl, eager to read and learn, she has frequently found the path she tries to take between the extremes blocked. She can find no way out of her inner conflict and her later attempt to live as a secular Muslim poses unimagined difficulties – not just with her parents in Turkey, but also as a student at Oxford and even when she becomes a wife and mother.

In separate chapters that are distributed through the book, interspersing the story of Peri's childhood and her student days, we follow her through a long day in Istanbul in 2016. The whole day is a series of catastrophes, starting with a brutal attack by a mugger, which Peri only survives by valiantly defending herself, followed by a dinner party at the house of a rich businessman, whose seafront villa, despite its luxurious sheen, is revealed to be a place of misery. 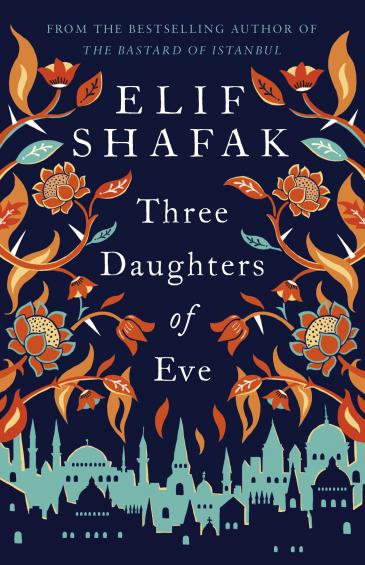 A explosive tale about identity, politics, belief and modern Turkish society. A book that, for all its turbulent action, leaves the reader in a reflective mood and captures much of the growing tension currently shaping the East-West conflict

Shadows of the past

Peri is still not a strong, confident woman, even if by this point she has learned to express her critical views and stand up for herself against the ultra-nationalist and chauvinistic voices among the bourgeois guests. The author shows her heroine as a human being, with flaws and conflicts whose causes cannot immediately be unravelled. We only gain an insight into Peri's inner tragedy over the course of the novel; towards its end the book introduces dramatic events that play out in Peri's early childhood.

Alongside Peri's student days in Oxford, the dinner party forms the centre of the novel; in both scenarios her humanity is put to the test; she is forced to examine her conscience and face conflicts that push her to the edge of a breakdown.

In Oxford, it is her contact with an unconventional, charismatic professor, who holds a seminar on the question of God, in which he confronts his students with contradictory theses. Unlike her fellow students, who manage to deal with Professor Azur, Peri falls in love with him, places exaggerated hopes in his knowledge about God – and is ultimately disappointed. She abandons her degree, parts company with Azur on bad terms and afterwards carries with her a sense of guilt that only erupts many years later, at that very dinner party.

Once again, Peri has to examine her own development and assert herself as a "modern Muslim woman" against attempts from outside to force a clear position on her.

The authorial narrative voice forms a stark contrast to the book’s sensitive, insecure heroine. The thrilling eventful story is eloquently and vividly narrated. This creates a certain distance from Peri’s trials, as the narrator creates detailed pictures of different social habitats.

Azur's descent from his prestigious post, which leaves him as an ostracised scholar in Oxford, seems just as important to the author as the political conflicts of Istanbul’s present-day ruling class. The author does not shy away from criticising the cowardice of the higher earners and their blind loyalty to a state power that is on course to bury all freedom in Turkey, in the name of an Islamic republic.

″Turkey is as dead as my grandmother″

In a recent article, Shafak wrote: ″Turkey is as dead as my grandmother [...] There is no room left for individuality [...] Freedom of expression has been completely suppressed.″

This grim statement is echoed in her novel, in the dinner party which escalates into dangerous territory on the shores of the Bosphorus and finally forces Peri to gather all her courage and stand up to these dangers. A book that, for all its turbulent action, leaves the reader in a reflective mood and captures much of the growing tension currently shaping the East-West conflict.

Translation from the German by Ruth Martin

Home
Print
Newsletter
More on this topic
Interview with Turkish author Elif Shafak: Democracy in a downward spiralInterview with Elif Shafak: "There is a lack of democratic culture in Turkey"Book preview: Elif Shafak's "Black Milk": On writing, motherhood and the harem within
Related Topics
Education, Elif Safak, Istanbul, Literature, Muslims in the West, Turkish literature, Women in the Islamic world
All Topics

The Kurdish YPG militia did the heavy lifting in the fight against the "Islamic State", yet many foreign YPG adherents, including Germans, have come home to find themselves under ... END_OF_DOCUMENT_TOKEN_TO_BE_REPLACED

At least 150 theatre professionals were recently fired without reason in Turkey, just days before they were expecting to receive permanent contracts. Creatives accuse the ... END_OF_DOCUMENT_TOKEN_TO_BE_REPLACED

Political analyst Taqadum al-Khatib argues that Egypt can, in co-ordination with its European partners, develop a common vision to solve the complex conflict in Libya. For this to ... END_OF_DOCUMENT_TOKEN_TO_BE_REPLACED

Turkey's President Erdogan wants to create a second Bosphorus. The cost to the economy and environment would be enormous – and that's why Istanbul's mayor is attempting to stop ... END_OF_DOCUMENT_TOKEN_TO_BE_REPLACED

Libya is in turmoil and no political solution is in sight. The EU's inability to take concerted action in the country, meanwhile, is being exploited by third parties, such as ... END_OF_DOCUMENT_TOKEN_TO_BE_REPLACED
Author:
Volker Kaminski
Date:
Mail:
Send via mail