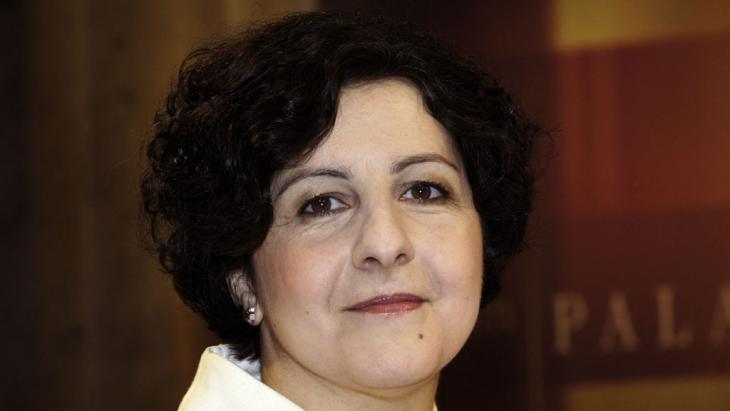 Book review: Emel Zeynelabidin's "You grow up only in this life"

The headscarf is not a gauge of devoutness

In her book "Erwachsen wird man nur im Diesseits" (You grow up only in this life), the Turkish-German author Emel Zeynelabidin reflects on the period of her life when she wore a headscarf and explains why she stopped doing so without abandoning her faith. By Annalena Junggeburth

Emel Zeynelabidin comes from a strict Muslim, Turkish-Iraqi immigrant family. Born in Istanbul, she moved to Germany when she was still an infant. Her father was the founder of Milli Gorus, a Turkish Islamic community in Germany. The young Emel looked up to her father as a role model, not only in matters of faith, but also in terms of how to lead an Islamic life.

For 30 years, it was natural for Emel Zeynelabidin to wear a headscarf and thereby be visible as a Muslim woman, especially within her Muslim community. Then, one day, she asked herself "what does clothing have to do with faith and the will of God?" The start of the headscarf debate in Germany in 2004 also proved to be a catalyst for Zeynelabidin, prompting her to reflect on her self-image as a Muslim and on her headscarf. She began conducting research and critically questioning the meaning of what had up to then been an indisputable part of her apparel.

In one essay in her collection of articles, she explains, "The headscarf, which has become a symbol, is now a sign of obedience and submission." But is the headscarf truly a sign of obedience? Emel Zeynelabidin does not exclude the fact that, nowadays, some women may wear a headscarf to express tenacity, independence, and strength. In addition, "women define themselves by wearing a headscarf and feel that this differentiates them as belonging to a particular group." 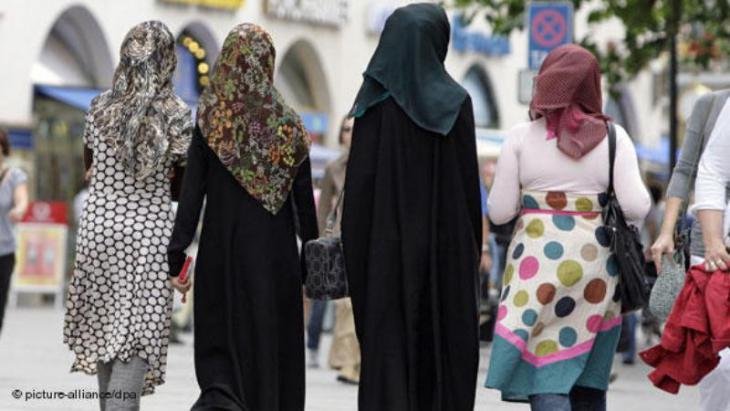 "What does Allah have against women's hairdos?" In her book, Emel Zeynelabidin emphasises that Islam is often misunderstood by many Muslims as a religion of rules and regulations, pointing out that the Koran does not in fact decree that women should veil their faces

Personal experience of setting aside the headscarf

The Muslim author was even more surprised by her own experience. She writes about her feeling of disappointment the first time she went out in public without a headscarf, freely displaying her hair. She soberly observed that no one perceived her any differently. There is no doubt, however, that she is now less conspicuous than she was when she wore a headscarf. She describes her own process of perception as a transformation from being a "visible Muslim into an indiscernibly observing, neutral woman."

She experienced considerable negative reactions as a result of this transformation, particularly from her immediate social environment, she reports. Many criticised her behaviour and even cast doubt on her faith as an upright Muslim. These critics, she says, are attempting to lead a life pleasing unto God in this life in order to attain a reward in the hereafter.

By contrast, as is evident from the title of her book, Emel Zeynelabidin, who is herself a convinced Muslim, argues for the exact opposite. She emphasises this life – the here and now – over the hereafter. She portrays the notion of a punishing God, which is popular with most Muslims, as a mere intimidation tactic. In addition, she stresses that since deciding not to wear a headscarf, she has grown and come to self-awareness, which has simultaneously led her to a knowledge of God.

In her new role as an "unobtrusive Muslim", she has grown to appreciate a "redefining of the distance relationship to men" and now criticises the "infantile dogmatism with which an item of clothing is justified through religion."

Zeynelabidin also speaks out clearly against a legislated ban on headscarves. This position is all the more remarkable in light of her own conviction that it is possible to be a good Muslim woman without wearing a headscarf. Despite this, she refrains from trying to convince other women to set aside the headscarf. Ultimately, she points out, it is impossible to decree self-reflection or freedom from above.

The headscarf and integration 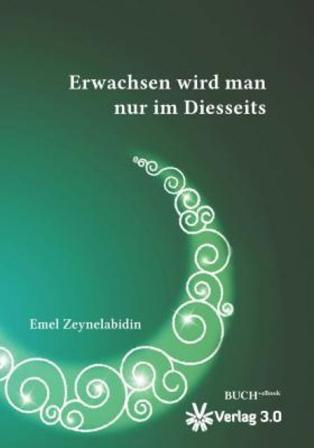 "Erwachsen wird man nur im Diesseits" (You grow up only in this life), Emel Zeynelabidin's first book, is a collection of her own essays on the subject of headscarves in Islam. It is not yet available in English

Her courageous step towards her "release into independence," as she terms her personal experience of setting aside the headscarf, is the common thread running through her book.

Zeynelabidin also regards the issue of the headscarf as being closely linked to the issue of integration, as "integration begins with the readiness to learn about the world of others, and this clearly cannot take place if there is no interest in mutual understanding and one instead freely chooses marginalisation," says the author.  She makes no secret of her aversion to wearing a burqa. She is of the opinion that women who wear the burqa are prevented from engaging in any form of interpersonal communication.

Based on her own personal experiences, Emel Zeynelabidin has observed an increase in hostility towards Muslims since 9/11. She feels that criticism should in no way be directed at the religion, but at practicing Muslims. Young Muslims, in particular, find it "difficult to sidestep the prevailing concepts of God" in order to develop their own understanding of God, she says. For this reason, she pleads for more openness towards different Muslim lifestyles and tolerance towards those with different convictions.

Zeynelabidin allows her readers to enthusiastically follow her experiences. Her joy in narrating these events is clearly evident on every page of the book. At the same time, she never presumes to hold up her change of lifestyle as a standard for other Muslim women to aspire to.

There are certain redundancies in her collection of essays, but they in no way diminish the overall impact of her book. "You grow up only in this life", which is not yet available in English, is a worthwhile read that contributes to a better understanding of Muslim lifestyles and the attempt by many Muslim women to find a middle path between tradition and the modern world.

Home
Print
Newsletter
More on this topic
Lamya Kaddor: Why I as a Muslim woman don't wear a headscarfThe hijab: Power and the headscarfMuslim women and integration: Oppressed in the name of Islam?
Related Topics
Burka, European Islam, Freedom of religion, Gender, Muslim women, The Headscarf Controversy, Women in the Islamic world
All Topics

Germany's foreign policy is explicitly values-based. But what happens, Ralf Bosen asks, when democracy, the rule of law and human rights collide with the logic of trade and ... END_OF_DOCUMENT_TOKEN_TO_BE_REPLACED

No other Western poet was arguably so well-versed in the Koran or so fascinated by Islam as Germany's national hero, Goethe. In a new publication that examines all Goethe's ... END_OF_DOCUMENT_TOKEN_TO_BE_REPLACED

A deluge of books, movies, series and cover stories: ever since the events of 9/11, the West has seemed almost manically preoccupied with Islam. Yet this has rarely led to deeper ... END_OF_DOCUMENT_TOKEN_TO_BE_REPLACED

Twenty years after 9/11, the world is faced with the dual challenge of Islamophobia and anti-Westernism. Ahmet Kuru argues that Muslims in the West, well versed in both Western ... END_OF_DOCUMENT_TOKEN_TO_BE_REPLACED

Two decades after the attacks of 11 September 2001, the West faces the shattered debris of its failure – not only in Afghanistan, but also in Iraq, Syria, Libya and Yemen. What ... END_OF_DOCUMENT_TOKEN_TO_BE_REPLACED

Twenty years after 9/11, the United States is recalibrating its war policy. However, its assertions that the era of endless wars is over are a myth, writes Maha Hilal END_OF_DOCUMENT_TOKEN_TO_BE_REPLACED
Author:
Annalena Junggeburth
Date:
Mail:
Send via mail

END_OF_DOCUMENT_TOKEN_TO_BE_REPLACED
Social media
and networks
Subscribe to our
newsletter