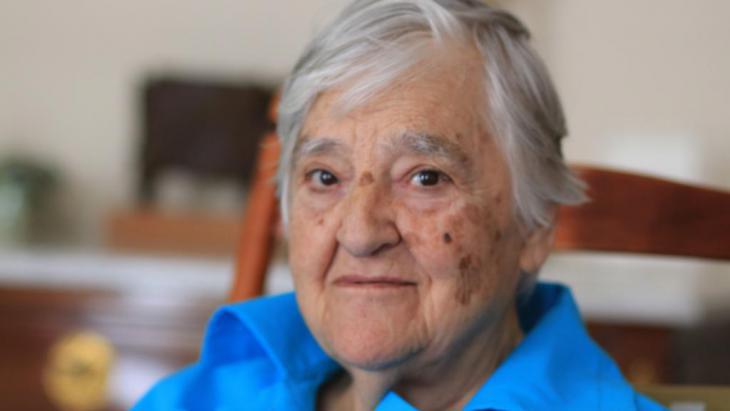 In 1980, the Lebanese artist and writer Etel Adnan published the book-length poem "The Arab Apocalypse", which to this day is still regarded as one of the most important works on the civil war in Lebanon. A selection of some of Adnan's works has been translated into German and published under the title "Gespräche mit meiner Seele" (Conversations with My Soul). A review by Claudia Kramatschek

As we discover from this collection of highly personal work, the Lebanese author and painter Etel Adnan began thinking about the sun while still a child. In 1975 – the Lebanese civil war had erupted and Etel Adnan could hear and see the bombs from her apartment balcony – she began to write a poem about the sun.

The poem grew longer and longer and became famous under the title "The Arab Apocalypse". In it, Etel Adnan worked through her horror at the appalling things people do to each other – juxtaposing these horrors with the sun, portraying it as a ruler over wisdom and life, at once a witness and a destroyer; but above all as the only constant in a world that has basically gone off the rails.

A citizen of the world with a political conscience

The elements have always played a role in the thinking and writing processes of this author, who can be described as the living embodiment of cosmopolitanism and cultural crossover: her mother was a Greek Christian from Smyrna; her father a Syrian Muslim and officer in the Ottoman army.

The writer herself grew up speaking Arabic, Greek and French, attended a French school and went to Paris to study philosophy in 1949. But when the Algerian war of independence began to escalate, she rejected the French language permanently. In 1972, she returned to Beirut. Just a few years after the outbreak of the war, she was forced to leave her homeland yet again: her novel "Sitt Marie Rose" on the religious murders perpetrated by all the warring parties, had made her a persona non grata.

From the concrete to the invisible 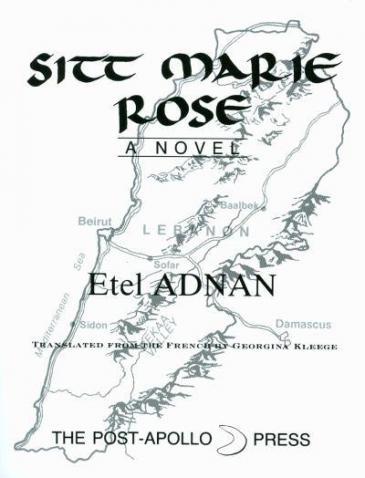 The new work is also an expression of the writer's political awareness. For example, at one point she writes: "In certain parts of the world, nations are there to be blown up via remote control. In such cases, it is usually described as 'God's will'. It was easier to oppose the decisions made by God than those made by the superpowers of today."

But the elements themselves are now clearly in the foreground: the weather, the clouds, the sea, the lake, mist and night. Over the past few decades, Etel Adnan has dedicated four great poems to these – the current volume contains the three most recent: "Sea", "Mist" and "Night". They revolve around concrete phenomena that can be perceived with the senses: the roar of the waves, the spherical glow of the ocean, the orgiastic power of the wind, the salt smell of the sea, the birds in free flight, the plants on the earth.

But from there they set out to investigate the innumerable mysteries that surround our lives: where are the waters of vanished rivers? What will become of the Niger when the world grows old? Where is time, where does it come from?

A philosophy of questioning

In this respect, "Conversations with My Soul" creates a philosophy of questioning that deliberately aims for the realms of the open-ended answer. This means the individual poems are arranged in a manner that is very much like a dialogue – and as mercurial as the clouds in the sky. Anyone reading these texts must give himself, and them, ample time. They function rather more like aphorisms or haikus, they are puzzle-pictures, or picture-puzzles. They cannot be approached with logic alone – Etel Adnan is essentially aiming to grasp the consciousness at the precise moment when the intellect goes about its chaotic work.

In this respect, Adnan's imagery is complex, but the language she employs is clear and vivid. She plays with references to Greek mythology, but also touches upon the issues of global warming and solar winds, of Venus and Mars and of the particle accelerator at CERN.

As for man's intention to conquer the skies, she retorts with the archaic power of the universe; our desire for infinite knowledge with the power of the obscure. Only those who submit to this can – according to Etel Adnan – free the spirit: by understanding that we are part of the universe, not its ruler.

On the desire for peace

In this respect, "Conversations with My Soul" is a work of great wisdom. One senses the weight of all the things that Etel Adnan has already seen and experienced in the course of her life. "Tortured bodies, discarded like rubbish", is what she calls the "recurring motif of history", the carnage of which "requires the keeping of secrets".

But at the same time, she has retained a beguiling childlike perspective: childlike, because the writer has preserved an innocence of the heart, in the midst of the slaughter. Just like "The Arab Apocalypse" before it, this work also manifests Etel Adnan's ineradicable desire for peace – and for a world that might be able to find its way back to a truly humane dimension.

Home
Print
Newsletter
More on this topic
Interview with Etel Adnan: ''I react to what is happening in the world''Elias Khoury's novel "Yalo": The word and the warObituary Lebanese poet Ounsi el-Hage: One of the founders of Arab surrealism From Syrian writers to Lebanese publishers: Unequal neighbours
Related Topics
Algerian War, Arabic language, Arabic literature, Freedom of religion, Lebanese Civil War
All Topics

Moncef Marzouki was Tunisia's first democratically elected president after the fall of dictator Ben Ali. Today he is the most prominent critic of increasingly counter- ... END_OF_DOCUMENT_TOKEN_TO_BE_REPLACED

Asef Bayat, professor of Sociology at the University of Illinois, Urbana-Champaign, has been studying revolutions and how they affect people since 1979. In his recent book, " ... END_OF_DOCUMENT_TOKEN_TO_BE_REPLACED

The 2020 Beirut port blast was a traumatic experience for many people in Lebanon. A large number sought therapy in the aftermath. But, with doctors leaving the country, help is ... END_OF_DOCUMENT_TOKEN_TO_BE_REPLACED

A pandemic, civil strife and an economic meltdown have conspired to bring Beirut's vibrant club scene to its knees. Yet the city needs parties more than ever. Kate Martyr reports END_OF_DOCUMENT_TOKEN_TO_BE_REPLACED

A group of 20 social media influencers in Lebanon is seeking to de-escalate political tensions and overcome sectarian problems. Their outreach is impressive among the young and ... END_OF_DOCUMENT_TOKEN_TO_BE_REPLACED

END_OF_DOCUMENT_TOKEN_TO_BE_REPLACED
Social media
and networks
Subscribe to our
newsletter