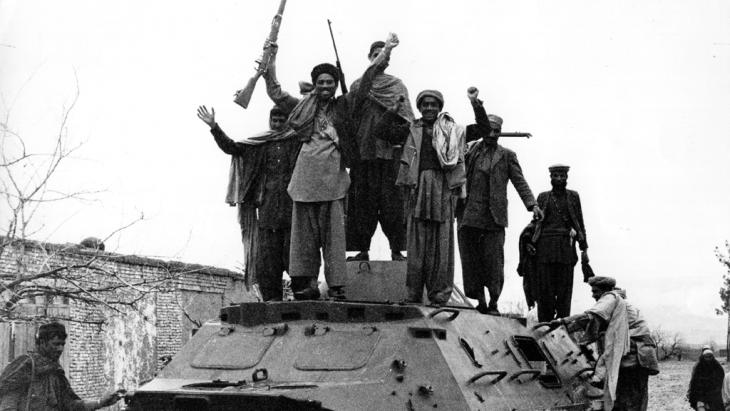 Since the 9/11 attacks in the USA, many novels have been written about aspects of Islamist radicalism and the "war on terror". The Jordanian–British writer Fadia Faqir brings fresh perspectives to the subject in her fourth novel "Willow Trees Don't Weep". Susannah Tarbush read the book

In her novel, Fadia Faqir explores what happens to the women of a family when a man deserts them for the sake of jihad. She also examines the causes of Islamist radicalisation, starting in 1980s Jordan. It was at this time that global jihadism started to take off and "Arab Afghans" left their own countries for Afghanistan to fight against the Soviet occupation.

"Willow Trees Don't Weep" has two points of view. The first is that of Najwa, a Jordanian of part-Palestinian ancestry who lives in Amman with her teacher mother Raneen and her one-toothed grandmother.

The second viewpoint is that of Najwa's father Omar Rahman, a nursing student who abandons his wife and four-year-old daughter in 1987 to go and fight in Afghanistan with his friend and fellow student Hani. Omar's narrative takes the form of entries in his diary over the quarter century from January 1986 to June 2011.

In 1986, Omar is an Afro-haired jazz-lover who drinks alcohol and goes to western-style nightclubs. He adores his little daughter but has a difficult relationship with his "uptight, frigid wife." Hani falls under the influence of an Islamist political organisation and is detained and tortured by the Jordanian secret police, who knock out his upper teeth. As a result of Hani's ordeal, Omar reads Palestinian-Jordanian Abdullah Azzam's jihad-promoting work "Join the Caravan". Although he dismisses the book as drivel, he nevertheless accompanies Hani to Afghanistan.

From religious to secular 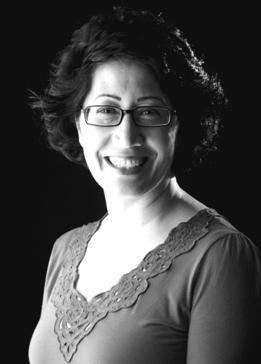 Fadia Faqir was born in Jordan, but has lived in the UK since 1984. She has written four novels in English, establishing herself as a leading Arab and Muslim fiction writer. She currently holds a writing fellowship at Durham University

After her abandonment by Omar, Raneen takes off her veil and becomes avowedly secular, forcing Najwa to help her burn Omar's religious books. She does not allow Najwa to cover her head, nor to wear a long school uniform or trousers. She forbids her daughter to take part in Koranic recitation or in school activities related to Ramadan. "I knew I was different," Najwa recalls.

Raneen wants Najwa to study French at college because France is "the most secular country on earth," but when this is not  possible, she decides that Najwa should train as a tourist guide and work in a hotel.

When Najwa is 27, her mother is stricken with cancer and dies a lingering death at home. Her last words are "no Islamic funeral", but Najwa's grandmother disregards her wishes. After the funeral she tells her: "Now your mother is dead, you have to go and look for your father."

Najwa embarks on a hazardous journey to Pakistan, Afghanistan, and finally Britain in search of Omar. Her feelings towards her absent father are complex and fluctuating. "Who was Omar Rahman? A murderer? A baby-abandoner? A wife-jilter? Or a revolutionary? A chaser of dreams and wider horizons?" She blames him for her mother's illness and death.

From Jordan to Afghanistan

Najwa is an innocent abroad and on her journey, she uncovers secrets and has some shocking experiences, including a drone attack in Afghanistan. More than once, she slides into a state of mental breakdown. Her naiveté also results in her getting drawn into the fringes of international terrorism. 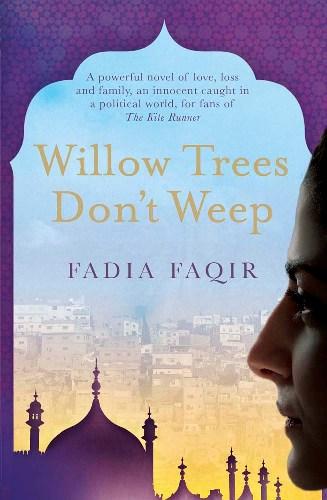 In her writing, Faqir shows a deep interest in the impact on women of the Middle East's politics, wars and social and religious pressures. Her novels have been translated into 15 languages and published in 19 countries

"Willow Trees Don't Weep" is a highly ambitious novel, covering a wide sweep of geography and time and touching on a multitude of issues. There is much to savour in Faqir's writing.  The relationships between Najwa and her mother and grandmother are particularly well drawn. Faqir has a gift for conveying the intimate sensuous details of everyday life, including food preparation.

Faqir convincingly portrays the problems Najwa faces as a young, single woman. She is a constant object of male attention, most of it unwanted. She longs for a relationship, but her father's abandonment of his womenfolk for jihad has damaged her marriage prospects in Amman. On her journey, she has a first opportunity for sexual adventure.

Omar comes across as elusive and contradictory. He uses his medical skills in Afghanistan to treat fighters and civilians and is revered as "doktor". He is seen by many as a hero in his efforts to rescue Hani after the notorious Qala-i-Jangi killings of hundreds of imprisoned pro-Taliban prisoners who had been incarcerated in that fort in late 2001.

From conviction to disillusionment

At times, Omar is disillusioned with the jihadi way of life. In 1991, he confesses that what he has been doing is futile, and that he has been "at the service of this myth-making machine". An unexpected development in his personal life and then the US-led war in Afghanistan from autumn 2001 keep him in Afghanistan.

Omar is drawn into the continuing cycle of attack and retribution. "Willow Trees Don't Weep" includes a major terror attack that actually occurred in the West. Omar is seen to have a manipulative side that readily sends younger Islamists to their deaths and causes mass civilian casualties on "the other side".

Reflecting on his life, Omar compares himself to an earthworm "crawling from one dark ditch into another. I lived in the soil and dug myself in and out of trenches from one reactive move to another, without much consideration or critical thinking."

Over the course of the novel, the timeline of Najwa's narrative converges with that of her father.  She must ultimately grapple with the quandary of whether redemption and forgiveness towards her father are possible.

Rumi's poems, though generally stripped of their Islamic symbolism, are hugely popular around the world. Yet Islamic mysticism is still very much at the heart of these verses. ... END_OF_DOCUMENT_TOKEN_TO_BE_REPLACED

Very different Western reactions to the suffering in Ukraine and the Arab world show that there is a profound rift among cultures. Essay by Michael Young END_OF_DOCUMENT_TOKEN_TO_BE_REPLACED

The documentary "Nadia" tells the incredible story of Nadia Nadim, who was forced to flee from the Taliban as a child and became a football star. By Annabelle Steffes-Halmer END_OF_DOCUMENT_TOKEN_TO_BE_REPLACED

Three award-winning female directors appeal to the international film industry to save Afghan cinema. Supporting women filmmakers is more important than ever. By Christine Lehnen END_OF_DOCUMENT_TOKEN_TO_BE_REPLACED

Russia's ranking on the World Press Freedom Index has fallen again over the Kremlin's wartime censorship of the Ukraine conflict. From Myanmar to Mexico, journalists continue to ... END_OF_DOCUMENT_TOKEN_TO_BE_REPLACED
Author:
Susannah Tarbush
Date:
Mail:
Send via mail

END_OF_DOCUMENT_TOKEN_TO_BE_REPLACED
Social media
and networks
Subscribe to our
newsletter