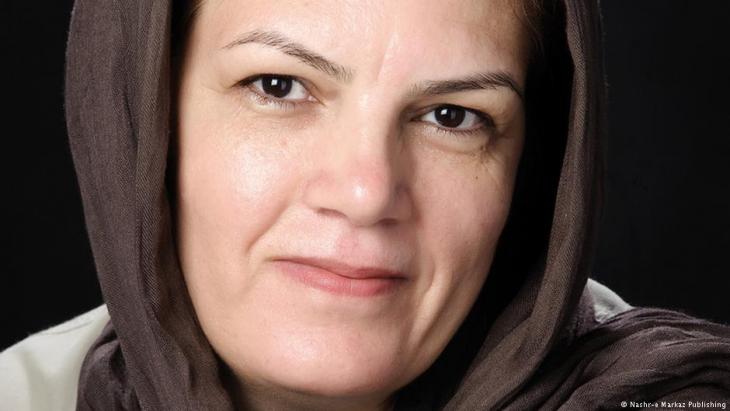 Fariba Vafi is one of Iran′s most popular contemporary novelists. Written in her unmistakeably lucid, almost simple style, her latest novel to be translated into German once again looks at the issue of female identity and the role of women in a changing Iranian society. By Volker Kaminski

Tibet isn′t somewhere that enlightened left-wing liberals dream of these days. At least, that′s what Djawid thinks – the man of the ideological living-room debates, who over the years has become a prosperous commercial representative for the timber trade. There′s no question for him of building Tibet into his "life plan".

Tibet is a country that doesn′t feature "on the new world map", he says. Djawid, who used to "talk enthusiastically about the possibility of Cuba, the Soviet Union or China," is quite dogmatic on this point: anyone in Iran today who wants to emigrate to Tibet is clinging to "a flimsy mysticism".

With this claim, we find ourselves in the middle of Scholeh′s argumentative family. Its members are always getting into heated discussions on various topics. Scholeh, the narrator, is not only involved in these discussions; she is also a precise observer of each participant′s behaviour.

The provocative dream of Tibet was raised by Djawid′s brother Sadegh, a man who mostly sits in silence during the family debates, only rarely voicing his thoughts of escape. Since he was released from prison six years ago, he can′t bear living in his homeland; unable to summon up any enthusiasm for his former career as an engineer, he dreams of Tibet instead.

But Scholeh′s main interest is her big sister, Schiwa. "Schiwa! Get up", is how several of the novel′s chapters begin. Schiwa, so Scholeh believes, is unhappily married to Djawid. The pair might appear to have an exemplary modern marriage, but Scholeh is convinced that this appearance is deceptive. 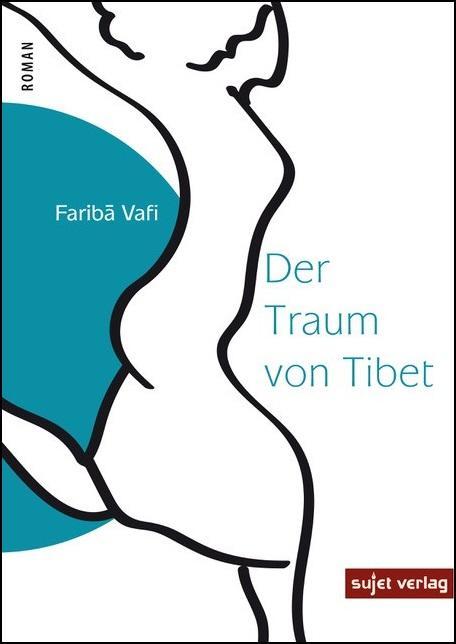 "The narrator′s view is merciless, with respect both to her own fate and to that of the novel′s other characters. The author masterfully builds scenes behind closed doors and distributes her characters with such dramaturgical skill that the setting comes to life in our mind′s eye," writes Volker Kaminski

She pays obsessive attention to every detail of their conversation, keeping a mental note of how the children are treated and which of them takes care of Djawid′s sick stepmother, who lives on the floor above.

There is no doubt that the majority of the household duties have to be borne by Schiwa – but does that really make her unhappy, as Scholeh claims?

There is frequent talk of unhappy marriages in the novel. As young women, both Scholeh′s mother and Djawid′s stepmother suffered at the hands of severe, sometimes violent husbands, fell in love unhappily with other men, and spent their married lives practically shut in the house.

Things are no longer so rough in Schiwa′s family. The middle classes are now more prosperous and the debates between the sexes appear freer and more unencumbered – but unhappiness still seems to hover unbroken over the women.

Scholeh herself is lonely and lovesick. Her great love, a doctor who works in the same hospital as her, has just ended their relationship and married someone else; she tortures herself with thoughts of him.

Her only comfort is a handsome acquaintance whom she calls the "Stoic", who regularly takes her out in his car to go on long walks, though the walks never bring them closer together.

Scholeh only realises late in the day that her Stoic gives her a "long-forgotten feeling of warmth" – but this relationship, too, remains unhappy in the end.

At this year′s international literature festival in Berlin, Vafi stressed that the main focus in her novels and stories is to depict female consciousness – and to let the women in her more or less fictional stories find their own roles.

A growing generation of female authors in Iran

What does female identity mean in a "loud man′s world"? How do love stories play out in modern Iran? There are many possible answers to these questions and we are lucky that in recent decades more and more female authors have turned their attention to this theme in their books.

The dream of Tibet stands as a metaphor for the fate of the unhappy women – even if it is voiced by a male protagonist in the novel. For it is Schiwa who passionately defends her brother-in-law′s dream and expresses her understanding for Sadegh, provoking her short-tempered husband. Admitting the dream of Tibet – a longing for a place that is semi-unreachable – means facing your own unhappiness and not allowing yourself to succumb to social control.

The narrator′s view is merciless, with respect both to her own fate and to that of the novel′s other characters. The author masterfully builds scenes behind closed doors and distributes her characters with such dramaturgical skill that the setting comes to life in our mind′s eye. The network in which all the family members move sometimes feels like a Chekhov play, in which unhappiness is passed back and forth from one person to another. As if incidentally, the narrator uncovers small weaknesses, observes hidden expressions and catches outwardly optimistic, exaggeratedly cheerful attitudes, beneath which an abyss yawns.

But the question of whether Schiwa is really unhappy remains open. Schiwa seems filled with an unshakeable patience that enables her to take Djawid′s tirades and condescension in her stride. There is no doubt that she is waging a silent battle, with Scholeh observing from the wings. In this respect, one might sometimes wish for more open conflict. But the reader′s patience is rewarded: events in the couple′s house escalate imperceptibly and, towards the end of the book, move towards a tragic climax.

This is a novel whose protagonists are presented in a highly naturalistic, authentic way, without resorting to superficial psychologising methods. A horror vacui at the centre of a well-to-do household!

Since the government cut subsidies for food, prices in Iran have skyrocketed. Protests that broke out in Khuzestan province are now spreading across the Islamic Republic. By ... END_OF_DOCUMENT_TOKEN_TO_BE_REPLACED

Very different Western reactions to the suffering in Ukraine and the Arab world show that there is a profound rift among cultures. Essay by Michael Young END_OF_DOCUMENT_TOKEN_TO_BE_REPLACED

United Arab Emirates strongman Sheikh Mohammed bin Zayed al-Nahyan, who was formally elected president on 14 May, has led a realignment of the Middle East, creating a new anti- ... END_OF_DOCUMENT_TOKEN_TO_BE_REPLACED

More than 800 Iranian filmmakers have signed a declaration against sexual harassment, coercion and violence in their industry. The public's response to their willingness to name ... END_OF_DOCUMENT_TOKEN_TO_BE_REPLACED

Russia's ranking on the World Press Freedom Index has fallen again over the Kremlin's wartime censorship of the Ukraine conflict. From Myanmar to Mexico, journalists continue to ... END_OF_DOCUMENT_TOKEN_TO_BE_REPLACED
Author:
Volker Kaminski
Date:
Mail:
Send via mail

END_OF_DOCUMENT_TOKEN_TO_BE_REPLACED
Social media
and networks
Subscribe to our
newsletter