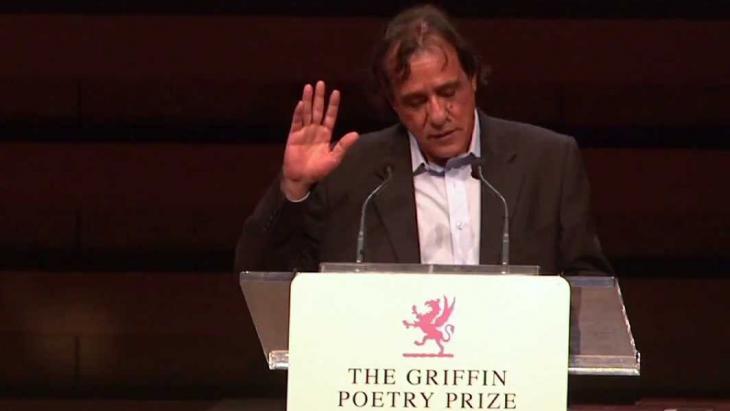 The vapours of memory

Ghassan Zaqtan′s slender ″Describing the Past″ is a fiction. But it′s less like a novel than a brew of philosophy, memoir, and poetry, writes Marcia Lynx Qualey

Freshly translated by Samuel Wilder, ″Describing the Past″ could be called a semi-autobiographical novella, or a meditation on the nature of memory, but there isn′t a genre that adequately captures the dimensions of this book. The 84-page work echoes the dreaminess of Kazuo Ishiguro′s ″The Unconsoled″; instead of dream-logic, however, there is memory-logic.

Because it′s about memory, ″Describing the Past″ is about place rather than motion: from the vapours of memory, Zaqtan conjures the homes, people and smells of his characters′ youth. Then, instead of giving them adventures, he moves the reader around them. He′ll stop for a moment, drawing our attention to one aspect or another. Then he lets it go – and we move on. When two of his central characters discuss the third: ″she stays there, suspended in the air, between his voice and the surface of the river[.]″

The setting isn′t named, but it evokes the landscape around Karameh refugee camp, east of the River Jordan, where Zaqtan′s family moved when he was seven years old. There are many Proustian madeleines that conjure ghosts as the characters walk along the Sharia River, another name for the Jordan: the reeds, the tamarisks, the blackbirds, the sound of the water.

The book is about a moment in their youth, but it′s not a coming-of-age. There is no forward progress here. Instead, past and present are entangled in one another, as in quantum physics. The act of seeing the past changes the present and that, in turn, changes the past.

The Woman, Iraqi, and the Christian

None of the three core characters are given proper names. Our three storytellers are ″I,″ ″he″ and ″she″. 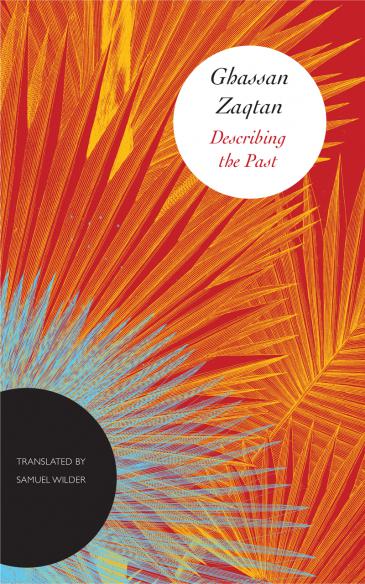 Zaqtan, a well-known Palestinian poet, is author of ten collections in Arabic. He and translator Fady Joudah won the prestigious Griffin Poetry Prize in 2013 for Zaqtan′s English debut, ″A straw bird that follows me″

Each of our three narrators describes their own life and the lives of the two others. The unnamed young woman—the ″she″—lives with her quiet elderly husband and her elderly mother, all three of them sleeping in the same bedroom. There are the two boys, the ″I″ and the ″he″, both of whom admire this ″she″. The boys are known as ″The Christian″ and ″The Iraqi″, although neither is Christian nor Iraqi.

The nicknames are windows into how our stories can mould present, past and future. They also demonstrate that we don′t shape our stories individually. Instead, they are shaped collectively.

The name ″The Iraqi″ comes from the character′s eldest uncle, who ″talked constantly about his role in helping the Iraqi army towards the end of the 1948 war, north of the West Bank.″ The ′48 war was a story of loss and dishonour. Yet in the midst of that, there were five or six Iraqi regiments that had heroically protected hundreds of coastal towns. ″The Iraqi′s″ uncle, he says, spent a few weeks as a guide for one of their artillery regiments.

″The Iraqi″ tells us that there are many reasons not to believe his uncle′s tale: ″There were wide and painful, overlapping gaps in the story.″ And yet: ″[T]he intense desire of the listeners to break apart the lost war into tiny heroisms, each holding a private victory, alongside my uncle′s piercing faculty for performance and effect, turned those doubtful events with one witness into rooted, living truth.″

In order to improve the believability of his stories, the uncle salted his speech with more and more Iraqi vernacular. He listened to Iraqi music and news, imagined new roots for himself, and struck up friendships with big-rig drivers coming from Iraq, who gave him gifts from their country. The uncle even declared a desire to go back to Iraq.

″Clearly,″ the nephew says, ″he had chosen the one point of victory in that impossible war and decided to become a participant in it – maybe because the defeat was so sudden and heavy, beyond what one could anticipate or handle.″

This need for small heroisms, both in the uncle and in his listeners, changed more than the uncle′s past and present. It also shifted reality for his extended family. This is how his nephew, too, became ″The Iraqi.″

The same is true of the Christian. He has this nickname not because he is a Christian, nor because his mother was. It′s because his Muslim father wears an olive-wood cross that his wife gave him before 1948. The cross connects him to a place where he can no longer go.

Samuel Wilder′s excellent translation does not leave us with a flat sentence and this novella—or poem, or philosophical meditation – is best read slowly, savouring each phrase. Although set in Palestine, loss and migration are not its major leitmotifs. It is, as it tells us, about describing the past. And the way story shapes and re-shapes the lives of these few characters will be universally, or near-universally, recognisable.

Isabella Hammad’s "The Parisian" is an engaging and accomplished debut based on the life of her great-grandfather. Set during the end of the Ottoman Empire and the rise of ... END_OF_DOCUMENT_TOKEN_TO_BE_REPLACED

In her documentary, the young Palestinian filmmaker Samaher al-Qadi gives us a passionate and very personal view of what it means to be an Arab woman. Her film explores the ... END_OF_DOCUMENT_TOKEN_TO_BE_REPLACED

Jordanian author Amjad Nasser, who died in 2019, presents an impressive tale of homelands, life in exile and the hardships of returning home. His profound eloquence and use of ... END_OF_DOCUMENT_TOKEN_TO_BE_REPLACED

In 2012, fed up with people expressing clear-cut opinions on the rights and wrongs of the Middle East conflict, Canadian conflict researcher and long-time Israeli resident Corey ... END_OF_DOCUMENT_TOKEN_TO_BE_REPLACED

END_OF_DOCUMENT_TOKEN_TO_BE_REPLACED
Social media
and networks
Subscribe to our
newsletter