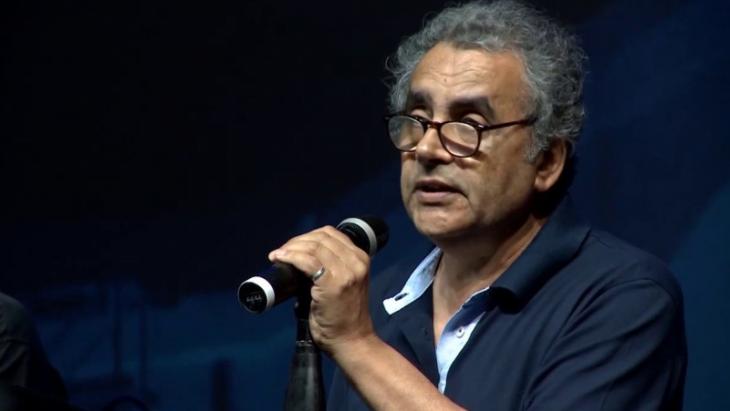 The French-Algerian poet Habib Tengour delves deep into the Persian Middle Ages, describing a legendary alliance of men that creates a fateful bond between a religious terrorist, a slick power politician and a poetry-writing mathematician. By Volker Kaminski

Tengour, who was born in Algeria in 1947, but followed his parents to Paris when he was just twelve, engaged early in his career with surrealism, symbolism and automatic writing. His poetic work is unique and may be read "as a poetically alienated chronicle of postcolonial Algeria". Literary scholars have coined the term "Soufialism" to describe Tengour’s style: a "mixture of surrealism and Sufism".

Accordingly, we cannot simply follow the story about the "Old Man of the Mountain" into the distant time of the Middle Ages as you might in an historical novel. Instead, the first-person narrator walks through modern-day Paris: "The very first street up off the towpath led to Alamut, a neighbourhood under demolition". This is how the first chapter begins. Three friends meet and go to a bar with the same name, "Alamut". "They played pinball, drank a lot and laid out their future in glinting words."

Insights into the constitution of human hubris

All the same, we are in the Middle Ages, and have already entered the level of legends: these friends are also historical personalities. In the year 1090, in the mountain fortress of Alamut, one of the three – Hassan-i-Sabbah – founded the notorious sect of assassins who, according to legend, carried out countless terrorist killings. The other two, Omar Khayyam (the poetry-writing mathematician) and Nizam al-Mulk (the pragmatic politician) are also present as the three friends drink a joyful toast to their bond of friendship in Paris.

Tengour refuses to turn his historical subject matter into a novel; he has no interest in creating a sweeping epic or psychologising these legends. Instead, he lays tracks into the fabled past and, through the book’s events, grants us lightning flashes of insight into the constitution of human hubris, voluntary isolation and hopeless love – and in turn, many passages contain hidden criticism of the contemporary world. 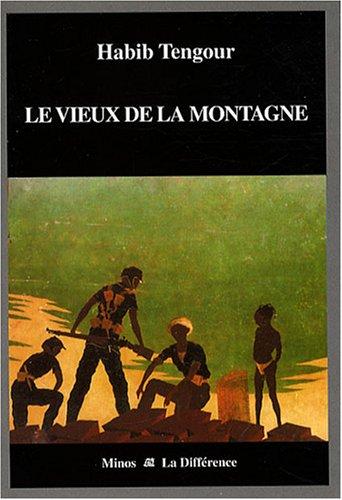 Into the thicket of language: Habib Tengour's "The Old Man of the Mountain" is a highly poetic, surreal work, with a hidden warning against religious fanaticism and narrow-minded power politics

In this way, the book’s poetically condensed style creates a confusing simultaneity of past and present. Tengour draws on a distorting technique in which places and times are mirrored or merge into one another.

"Omar bought beignets and paid for two rounds of tea.

They were the only ones.

Then they parted ways.

When daybreak came, Omar was still in Nishapur".

Where are we – and who is speaking?

This does admittedly entail some confusion and puzzle-solving for the reader. Where are we? Who is speaking? (The narratorial perspective changes between third and first person) – and yet the tension between the protagonists persists, and their own inner motivation within this bond of friendship gradually becomes clearer through the linguistically condensed form.

We don‘t gain any knowledge of historical details here, or learn anything about bloody attacks and battles, or see any religious fanatics or military leaders – the author instead assumes some prior knowledge of the historical events. But the poetic viewpoint of the narrator repeatedly produces connections to the present, reflecting past events and legend-like episodes in the here and now.

Each of the three men forges his own path, with the narrator shining a spotlight on their changing positions in life. Hassan’s hashish-smoking sect of assassins steadily increases its murderous influence, as he himself is gripped by fantasies of power and finally murders his friend, Nizam al-Mulk.

"I was nowhere. The world had died away"

By contrast the mathematician Omar Khayyam, the book’s central character, leads an isolated, solitary life in Nishapur, devoting himself to his poetry above all, which remains unique in Persian literary history to this day. Khayyam expresses what exile means to poets: "I was nowhere. The world had died away." This formative experience runs through Tengour’s whole body of work – as he says: "Exile is my trade." (The quote comes from the afterword, which proves to be an expert guide through the often cryptic text.)

The text of "The Old Man of the Mountain" was originally published by this author from 1983; in 2008 he added to it with the essay "Night with Hassan", which also forms the (shorter) second part of newer publications. In it, the narrator tells of his beginnings as a young poet in Algiers, when he came to the capital repeatedly during his military service in Algeria and went from bar to bar in search of material for his poems and prose texts.

We hear about his literary influences (from Islamic mysticism all the way to Borges) and how important film became to him, as he took great inspiration from its collage and cutting techniques.

This unwieldy, radically subjective text with all its intertextual allusion whisks us off into the thicket of language and still hasn’t gathered any dust more than thirty years after it was first published.

Sultana Khaya, 41, has been peacefully resisting the Moroccan occupation of Western Sahara for many years. Because of her campaign to assert the self-determination of the Sahrawi ... END_OF_DOCUMENT_TOKEN_TO_BE_REPLACED

Since Spain abandoned its traditional neutrality towards the conflict in Western Sahara, Morocco has announced a "new phase" in relations between the two countries. But what is ... END_OF_DOCUMENT_TOKEN_TO_BE_REPLACED

An increasing number of government ministries in Algeria are announcing they will abandon French in future. They may be reacting to the mood among the population, but the move is ... END_OF_DOCUMENT_TOKEN_TO_BE_REPLACED

Russia's ranking on the World Press Freedom Index has fallen again over the Kremlin's wartime censorship of the Ukraine conflict. From Myanmar to Mexico, journalists continue to ... END_OF_DOCUMENT_TOKEN_TO_BE_REPLACED

"Aboogi", on the City Slang label, is the latest release from Imarhan. Hailing from southern Algeria, Imarhan are one of the many bands that have emerged from the Tameshek ... END_OF_DOCUMENT_TOKEN_TO_BE_REPLACED

END_OF_DOCUMENT_TOKEN_TO_BE_REPLACED
Social media
and networks
Subscribe to our
newsletter