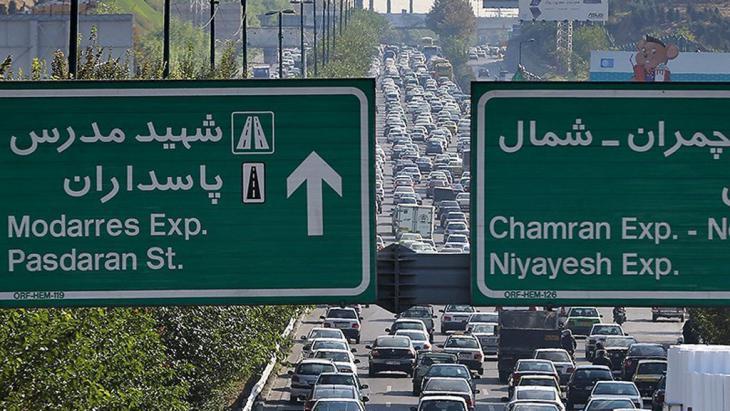 Sara Salar's novel was published in Tehran in 2009. It was reprinted four times that year and won several literary awards. However, after 16,000 copies had been sold, the book was banned by the censor. Volker Kaminski read the German translation

The storyline of the novel confines itself to one morning in the life of a young mother, who picks up her five-year-old son from nursery school and takes him on a drive through the city. Not subject matter you'd expect to be politically controversial. But the book, now published in German by P. Kirchheim in a wonderful translation by Jutta Himmelreich, turns out to be a subversive piece of stream-of-consciousness prose – a stroke of literary genius.

As the nameless heroine drives in her BMW through the Tehran rush hour traffic, in her thoughts she is with her best friend, Gandom. She's been thinking about her non-stop ever since she got up. She hears Gandom talking, and recalls dialogues that reveal, above all, that Gandom usually has the last word. Yet Gandom, the good-looking, domineering friend from a rich family, is a phantom. The heroine ended the friendship with her eight years ago, when she married Keyvan and started a new life.

On this particular morning, she relives the history of her old friendship with Gandom as she drives through the city with her little son on the back seat, stopping now and again for a coffee or to make a visit. One after another she recalls the many moments that demonstrated her embarrassing inferiority and lack of confidence.

The two friends went to school together and later moved to Tehran to study. In the early 1990s, after the Iran-Iraq war, they lived in a students' hall of residence. These details are not, however, related chronologically, but are worked into the story in an ongoing stream of consciousness. 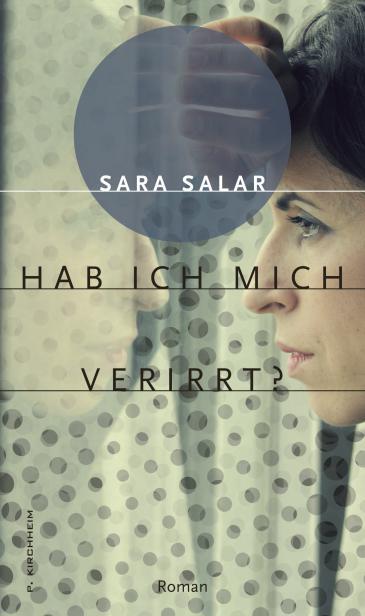 Sara Salar's novel "paints a masterful portrait of a young woman who has achieved prosperity through marriage, but has lost herself in so doing," says Volker Kaminski. It has not yet been published in English

The heroine remembers sporadic moments of her time with Gandom, and her friendship with Farid, a left-wing newspaper editor who got into trouble with the state censorship authorities. She doesn't know what happened to Farid, though, or whether Gandom and Farid are still in contact today.

The heroine's own background explains why she was so helplessly under Gandom's influence at school, and allowed herself to be manipulated by her. She lost her father when she was only ten years old, and her two brothers died in an accident, the details of which she was never able to establish. Her mother became mentally ill, started to drink, and since then has mostly stayed in bed. Her friend Gandom was her only support in her loneliness.

But why, on this particular morning, does she feel at Gandom's mercy again? After all, she's thirty-five now. Her thoughts constantly leap from one thing to another. From time to time her son pipes up, and she doesn't want to neglect him. And her mobile phone keeps ringing: her husband wants to know how she is.

Nothing that happens to her on this particular day – a little excursion with her son to the outskirts of town, a collision her car is involved in because she was double-parked, a visit to that hall of residence where she lived with Gandom – contrives to distract her and provide her with a degree of security.

At times it's alarming to follow this young woman as, driven by her inner turmoil, she speeds along the motorway, wrestling with her own self-doubt. Again and again she reaches for her water bottle, sucking on it greedily, as if trying belatedly to imbibe the mother's milk she did not receive.

Little by little, though, she starts to defend herself in her thoughts against Gandom's domination, and she starts to question her current life with her husband, which to her seems failed and empty. She takes a clear-sighted look at the many constraints from which, to this day, she has been unable to free herself.

One example of her lack of freedom is her mobile phone, which rings far too frequently during her drive and becomes a symbol of her imprisonment. It's not just her husband who's calling: he's on a business trip, and is trying to control her from a distance. A business friend to whom he has entrusted his wife in his absence is harassing her with constant calls, in which he also torments her with importunate declarations of love.

However, an incidental detail, which is not resolved in the novel, provides the clearest illustration of the heroine's difficulties: she wakes up that morning with a black eye, which she conceals with make-up as best she can. Over the course of the day she is asked again and again by different people how she got her injury, but neither the people in the novel nor we, the readers, believe her stock answer – that she fell over and hit her head.

"My life is confused, warped, and crooked"

The novel paints a masterful portrait of a young woman who has achieved prosperity through marriage, but has lost herself in so doing. She has "left something behind in the past" which she is now looking for. In the debate with Gandom she realises that, both then and now, she lacked the courage to stand up for herself. "My life is confused, warped, and crooked," she concludes. Nothing is more important to her now than to start this life again, to change it and, finally, determine it herself.

For her, the story with Gandom also has another, unresolved aspect: was Gandom having an affair with Farid? It's a question that torments her, and she has to pursue it, although she is really far too fearful to do so. It's only after she has spent a long time driving round and round Tehran that she finally decides to go and see Farid in his editorial office, without her son. This is the climax of her odyssey, and a turning point in the novel.

Towards the end of the story the narrative tone becomes a little over-emotive, and somewhat less melodrama would certainly have made for a better conclusion. On the other hand, it does make clear what an effort it is for the young woman to emancipate herself from the constraints imposed on her. Perhaps it was precisely this tone, which comes across as so authentic and true to life, that prompted the censors to ban this short, intense novel.

At one point in the book the heroine is given an unexpected gift: a young man reaches through the open car window and hands her a music CD. Later, she puts this CD on (after she has thrown her old CDs out of the window). "Someone sings: A tame spirit counts the stars; a rebellious spirit plucks them for himself…" It could be a motto for her silent fight for self-determination.

Surging coronavirus cases in many parts of the world have overshadowed the start of this year's Muslim holy month of Ramadan, with festivities once again curtailed by contagion ... END_OF_DOCUMENT_TOKEN_TO_BE_REPLACED

The Prophet Muhammad never executed anyone for apostasy, nor encouraged his followers to do so. Nor is criminalising sacrilege based on Islam’s main sacred text, the Koran. In ... END_OF_DOCUMENT_TOKEN_TO_BE_REPLACED

German Middle East analyst Guido Steinberg and television journalist Ulrich Tilgner have both published new books on the conflicts in the Middle East. Their analyses and their ... END_OF_DOCUMENT_TOKEN_TO_BE_REPLACED

On 27 March, Iran and China signed a 25-year accord intended to foster "strategic co-operation". Despite ongoing uncertainty over the deal's actual scope, content and chances of ... END_OF_DOCUMENT_TOKEN_TO_BE_REPLACED

Researchers agree that climate change alone cannot be blamed for the outbreak of war in Syria in 2011. However, neither can it be ignored as a reason this once blossoming country ... END_OF_DOCUMENT_TOKEN_TO_BE_REPLACED

END_OF_DOCUMENT_TOKEN_TO_BE_REPLACED
Social media
and networks
Subscribe to our
newsletter