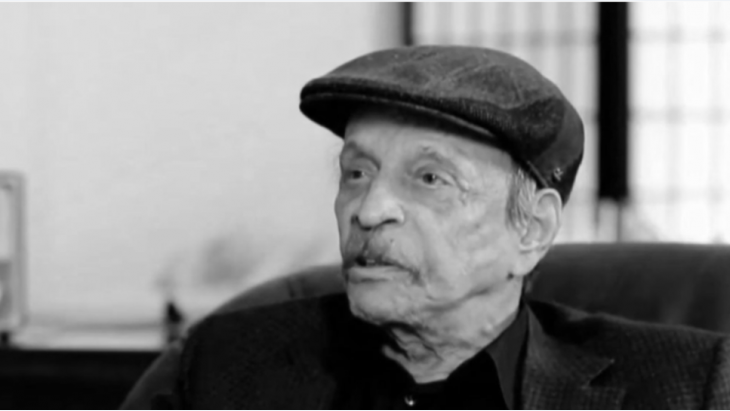 Book review: Ismail Fahd Ismail’s "The Old Woman and the River"
Hemingway, eat your heart out!

Readers of the English-language version have Sophia Vasalou, who was on the jury that selected "The Old Woman and the River" for the shortlist of the 2018 International Prize for Arabic Fiction, to thank for its translation. Unfortunately, the book – entitled al-Sabiliyat in Arabic – did not win the prize. But as consolation, Vasalou has brought Fahd’s novel into an equally charming, wise-naive English.

The "desert island" in question is Sabiliyat, a village near the Iran-Iraq border where the novelist was born in 1940. When the book opens, it’s 1980 and the village’s residents are being evacuated as hostilities open between the two neighbouring countries. Um Qasem goes into exile on donkey-back with the rest of her large family: husband, five adult children, their spouses, her grandchildren, and nine donkeys. They relocate to Najaf, which, according to Google maps, is about an 85-hour walk. Um Qasem’s husband dies unexpectedly on the journey and they bury him at the roadside, between two palms.

After this, Um Qasem is unmoored. Yes, she loves her children, and they seem to have agreeable spouses. The grandchildren are lovely enough. At first, the family lives in shacks in Najaf. But soon they’re renting out their nine donkeys and making a new life for themselves in the holy city. The adult children get back on their feet and things go fairly well for them. But not for Um Qasem, who feels superfluous in this new environment. No garden, no life partner, no village. What is she even…for? 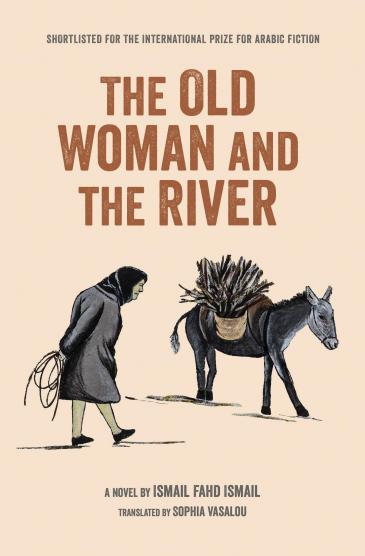 "Father of the Kuwaiti novel": born in Iraq in 1940, Ismail became one of the foundational figures in the development of the twentieth-century Kuwaiti novel. His first book, "The Sky was Blue", appeared in 1970, and he went on to publish twenty-six more, as well as two more short-story collections, two plays, and several critical studies. He also supported new creative talent, continuing to innovate and to speak out against censorship right up until his death on 25 September 2018

So Um Qasem decides to get up before dawn and make off with a donkey called Good Omen, who is both her trusty steed and her Sancho Panza. She rides on Good Omen, evading military patrols and questioning gazes, all the way back to the site where they buried her husband, Abu Qasem.

This is where Um Qasem’s adult children catch up with her. But instead of getting dragged back home by the arm, Um Qasem claims her husband came to her in a dream, and that it is his last wish to be disinterred and buried where he was born, in the village of Sabiliyat.

Soon, she’s back on Good Omen and headed for her village, evading military patrols, with her husband’s bones wrapped in his shroud. At first, it’s difficult to believe that her children would let her go. But later, we realise they must know Um Qasem better than we do; they’d know there’s no way of stopping her.

Together, Um Qasem and Good Omen make it back to the village. There, she’s in violation of a strict military order, but Lieutenant Abdel Kareem is no match for Um Qasem, who gets permission to stay in the village through Nowruz, as the holiday has begotten a cease-fire.

She is not entirely sure what to do once Nowruz has passed, but Um Qasem is not one to fixate unduly on the future. Instead, she looks around and sees what needs doing. The rivers have been dammed up as a precaution against underwater soldiers, which means the trees are dying and the frogs are about to dry out.

Whenever Um Qasem is in dire need of inspiration, her dead husband comes to her in a dream and tells her what to do. In proper wise-fool style, we’re never quite sure whether Um Qasem believes these are messages from the beyond, or whether she knows she’s inventing them to give herself permission to do what she likes.

As in all desert-island narratives, Um Qasem must rebuild her life from scratch. And while she was probably always a bit of a philosopher, solitude allows Um Qasem to ask the sorts of wise-foolish questions that she might eschew were there other villagers around.

Because she’s such an "old" woman (although still in her 50s), the soldiers stationed nearby don’t believe she could have come out in a storm with an axe, taken down the military’s dams, and brought relief to the nearby trees and frogs. Meanwhile, she scavenges food for the soldiers, cooks for them, plants rose cuttings and fixes up the houses that have been shelled.

When Nowruz passes, hostilities recommence and Um Qasem is ordered to leave. More than that, she and Good Omen are frightened by the bombardments. But what is waiting for her, if she returns to Najaf?

Although the conscripted soldiers stationed near Um Qasem are folktale-like gentlemen, the novel does not take sides in the war. The soldiers know they’re not the story’s "good guys". One "turned around to make sure no one was overhearing" before he told Um Qasem: "We too destroyed a number of their cities on the frontier." Yet under Um Qasem’s influence, these soldiers are not just following orders. They’re also planting, repairing, and making date syrup.

Um Qasem seems to overstep herself when a young soldier named Jasem – who had started calling her Mother – gets his hand blown off. As in all difficult moments, her husband comes to her in a dream. This time, he tells her that Jasem will return to the front.

Lieutenant Abdel Kareem is not pleased by Um Qasem’s dream-prognostications, and this leads to a stand-off. Without revealing the end, the novel is wrapped up with grace and affection. It also makes a magical end to the life of the prolific and beloved novelist Ismail Fahd Ismail, who passed away late last September in Kuwait, at the age of 78. May his books, like Abu Qasem, live on.

Iranian author Fariba Vafi is adept at describing everyday scenes and concealing within them something ambiguous, in parts strange and grotesque. She writes novels – which have ... END_OF_DOCUMENT_TOKEN_TO_BE_REPLACED

In her latest exhibition in Japan, Farzaneh Khademian depicts figures who seem detached from their surroundings. In interview with Qantara.de, the Iranian photographer and painter ... END_OF_DOCUMENT_TOKEN_TO_BE_REPLACED

The catastrophic human rights situation in Bahrain is being largely ignored by the rest of the world. Despite all the damning evidence, which includes a Human Rights Watch report ... END_OF_DOCUMENT_TOKEN_TO_BE_REPLACED

Talks to salvage the 2015 Iranian nuclear deal have entered their eighth round in Vienna. Even if a deal is struck and some of the sanctions are lifted, the state of the Iranian ... END_OF_DOCUMENT_TOKEN_TO_BE_REPLACED

Every year in December, the team at Qantara.de takes a look back at the articles that proved most popular with our readers. This year is no different. Here is a run-down of the ... END_OF_DOCUMENT_TOKEN_TO_BE_REPLACED

END_OF_DOCUMENT_TOKEN_TO_BE_REPLACED
Social media
and networks
Subscribe to our
newsletter