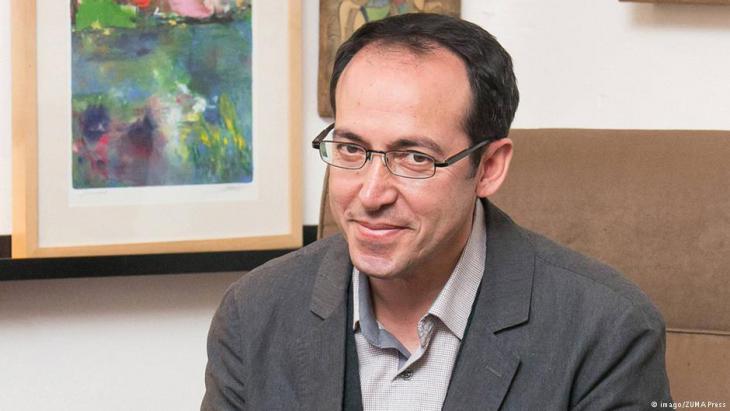 Laughing in the face of death

In his novel "Istanbul Istanbul", Burhan Sönmez describes the fate of four political prisoners, for whom telling stories in their shared cell becomes a passion. It enables them to retain a scrap of dignity in the face of torture and inhumanity. By Volker Kaminski

In a subterranean prison complex in Istanbul, four men are locked up in a tiny, windowless cell where all that awaits them is torture and death. The detainees have lost all perception of time and live in perpetual fear of the interrogations.

The scenario selected by Burhan Sönmez for his novel could scarcely be more oppressive. The prisoners – a doctor, a barber, a student and an old man – are not criminals; they were arrested for political reasons. However, neither they nor the reader are told what they are supposed to have done wrong. They are obviously the victims of a despotic, unjust regime, a state where anyone can be indicted for carrying an illegal flyer or making a critical remark about the powers that be.

Sönmez's novel was published in Turkey in 2015, before the attempted coup with all the political and legal consequences that ensued in the years that followed. Nevertheless, the novel can also be read as a commentary on the current situation concerning the hounding and detention of members of the Turkish opposition.

The power of creativity

Although their situation is hopeless and they are not given a fair trial, the four men in this subterranean hell develop an astonishing creativity and narrative discipline, and begin to tell each other stories and set riddles for each another.

The cell measures just two-by-one metres and is as dark as a ship's cabin. They all try to keep each others' spirits up by imagining they are escaping on the whaling ship in "Moby Dick". 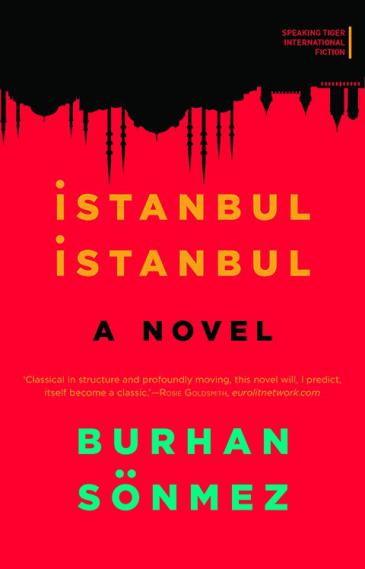 "With his parable-like novel, Sönmez strides across the entire spectrum of inhumane suffering and human powers of resistance. He allows the bleeding prisoners to unexpectedly break out in peals of laughter, whenever their stories consolidate into especially accomplished endings and they succeed in using their imaginative power to put miles between them and the desolate situation of their dungeon, and ponder open questions," writes Volker Kaminski

The underworld that they inhabit becomes their great narrative; wistful thoughts of the sorely-missed city of Istanbul above them expand in their imaginations into a treasury of inexhaustible stories. In this process, Bocaccio's "Dekameron", a collection of novellas from the 14th century set during the time of the plague in Florence, is called as the chief witness of their courageous perseverance.

The period of 10 days and nights covered in Sönmez' novel are full of pain and torment for the detainees. Nevertheless, they rebel against their tormenters and remain steadfast during interrogations through the power of fantasy and their ability to escape reality at least to a certain degree.

The search for truth

The stories revolve around their recent past, around the days and weeks before their arrest, a period each of them spent in a different way. They always end up in the prison cell – but from there, they are urged on towards the question of universal truth, the essence of time, God and destiny.

Sönmez, one of the most important writers in Turkey today, whose books have been translated into more than 20 languages, is a law graduate active in human rights issues. His protagonists are powerfully drawn in just a few strokes; headstrong characters who develop increasingly well-defined contours as they devour each others' stories and of whom we grow gradually more fond as the novel progresses.

Few novel characters have been as memorable as Kamo, the wayward barber whose wife left him one day, and who while in prison succeeds in disconcerting his tormenters by screaming in their faces as they torture him that they are "the true people". Kamo acquires an almost Dostoevky-esque urgency, a shady loner who errs through life with great passion, and who struggles to slot into the company of his fellow detainees.

The doctor, on th other hand, demonstrates profound humanitarian empathy in this hour of need, and tends to the wounds of his fellow-sufferers as best he can. In their imaginations, the prisoners gather on his terrace in Istanbul, with its view of the Bosphorus and the bustling city.

Their fantasies become so intensely vivid that they hear the chink of raki glasses and hand out cigarettes to each other as the smell of fried fish wafts beneath their noses. In these moments, nothing can rob them of their dignity, as they sit on the sun-drenched roof terrace – until the iron cell door pushes its way back into their consciousness from a distance and the guards stand in front of them again.

With his parable-like novel, Sönmez strides across the entire spectrum of inhumane suffering and human powers of resistance. He allows the bleeding prisoners to unexpectedly break out in peals of laughter whenever their stories consolidate into especially accomplished endings and they succeed in using their imaginative power to put miles between them and the desolate situation of their dungeon, and ponder open questions.

Beyond his four main protagonists, Sönmez is concerned with all of society's "shipwrecked", people "beached" in their everyday lives, who leave their families, write poetry, become alcoholics and navigate their existence with emotional wounds, as though prisoners of an unkind fate.

But sometimes even they manage to reach the surface, experience the "triumph over time" and find their way back to cheerfulness and to the "yellow laughter" "that makes you forget about death".

This is a uniquely intense and shocking novel of a kind seldom found on the contemporary publishing landscape. Scintillating, relentless and with a humanity that will resonate for a long time to come.

After the attempted coup in Turkey in 2016, 134,000 people lost their jobs. Most of them are still unemployed and have to fight for health services and pensions. Many suffer from ... END_OF_DOCUMENT_TOKEN_TO_BE_REPLACED

The Kurdish YPG militia did the heavy lifting in the fight against the "Islamic State", yet many foreign YPG adherents, including Germans, have come home to find themselves under ... END_OF_DOCUMENT_TOKEN_TO_BE_REPLACED

At least 150 theatre professionals were recently fired without reason in Turkey, just days before they were expecting to receive permanent contracts. Creatives accuse the ... END_OF_DOCUMENT_TOKEN_TO_BE_REPLACED

Political analyst Taqadum al-Khatib argues that Egypt can, in co-ordination with its European partners, develop a common vision to solve the complex conflict in Libya. For this to ... END_OF_DOCUMENT_TOKEN_TO_BE_REPLACED

Turkey's President Erdogan wants to create a second Bosphorus. The cost to the economy and environment would be enormous – and that's why Istanbul's mayor is attempting to stop ... END_OF_DOCUMENT_TOKEN_TO_BE_REPLACED
Author:
Volker Kaminski
Date:
Mail:
Send via mail