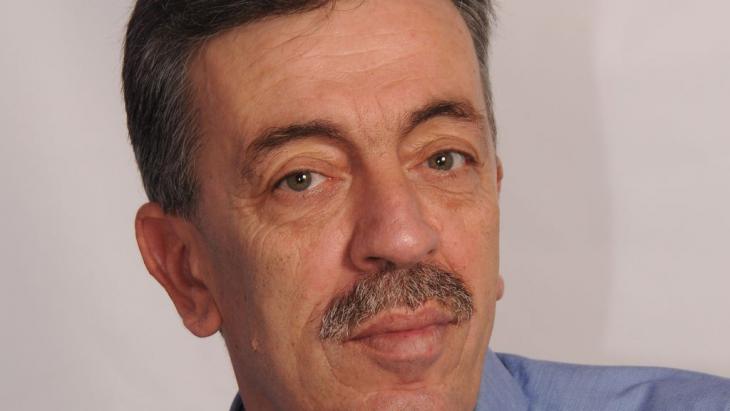 Book review: Jabbour Douaihy's "June Rain"
A "whodunit" without the "who"

A "whodunit" without the "who"? What sounds like a recipe for disappointment for the reader is, according to Marcia Lynx Qualey, an important and a delightful book and certainly not the first contemporary Lebanese novel to take this approach

On the face of it, Jabbour Douaihy's "June Rain" doesn't look like a mystery novel. We generally know who's at fault in the novel's main crime, a shoot-out in a village church. But because it was committed by so many in the village shooting so wildly, it isn't clear how any particular person died. Which of the victims were also shooters? Which were caught in the crossfire? As the novel progresses, Eliyya Kfoury, who stands at the narrative's centre, comes back to the village of Barqa to find out more about his father's death in 1957.

"June Rain" is not the first Lebanese novel to examine a single murder among many. Beginning perhaps with Elias Khoury's "White Masks" (1981), there have been a number of literary "whodunits" that have searched, against a backdrop of civil conflict, for a murderer among murderers.

In Douaihy's novel, as in the others, these murderers don't just go unfound – the narrative gives up on finding them. In "White Masks", the narrator decides that "who did it" is the wrong question. In Rabee Jaber's "Mehlis Report" (2005), the whole of Beirut follows a UN tribunal's search for Prime Minister Rafik Hariri's killer. None is found. No one really expects them to find one.

All three of these excellent novels come to a similar conclusion: in circumstances like these, it is impossible, or unnecessary, to find the "who" of the whodunit. All three are intellectually and aesthetically satisfying reads, but Douaihy's novel has something the others lack: a warmth and humour that enlivens each of its many characters.

Douaihy's book opens in 1957, long before the start of Lebanon's 15-year civil war. Although most of the action happens either before 1975 or after 1990, the civil war is ever-present, and Douaihy doesn't gloss over day-to-day violence or the country's increasing polarisation. Indeed, a search for the roots of violence is central to the story. But even though violence is ever-present, the narrative never loses its gentle sense of humour nor its affection for its characters.

"June Rain" begins as a tragedy: children at a boarding school outside their village are informed that they will go home early, yet no one will explain why. The children slowly understand what's happened, and so does the reader. A shoot-out during a funeral service has led to some two dozen deaths, a massive number in such a tiny village.

Throughout the book, this is how we learn about events. We are never an insider, and we never enter the minds of any of the major movers and shakers. Instead, we hear about violence from ordinary children, men and women, some of whom are just trying to get by, some of whom are fomenting hate against their neighbours. 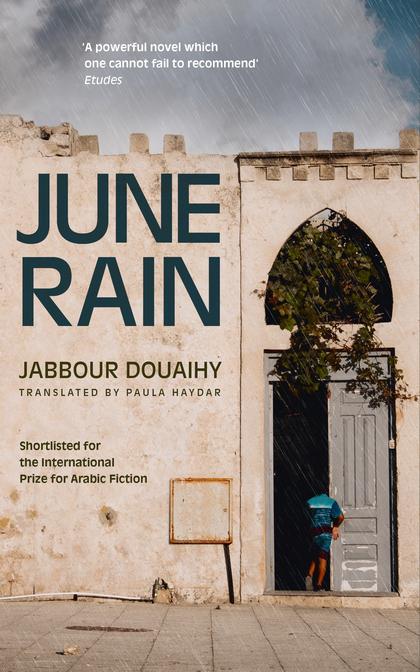 Jabbour Douaihy was born in Lebanon in 1949. His novel "June Rain" (2006), was shortlisted for the 2008 International Prize for Arab Fiction. It was published in English translation (Paula Haydar) in 2014

The central part of the book follows Eliyya Kfoury's belated search for information about his father, Yusuf, who was shot and killed in the 1957 "incident", which took place nine months before Eliyya was born. Eliyya's mother, the wonderfully complex Kamileh, tries to keep her growing son away from the country's violence. She is successful, and he ends up leaving for New York City, returning for a visit only decades later.

Part of the book's charm is Eliyya's fragmented identity: since leaving the country, he has been unable to commit to his Lebanese-ness, and is constantly inventing new names and life histories. For one potential date he is an Egyptian Jew, for another he is Yemeni, for a third he is Greek. Eliyya is in his fourth decade when he finally blurts out that he wants to go back to Lebanon and see his mother before she dies.

Eliyya is wonderfully described by the villagers as looking like "one of those Americans interested in the Middle East who pontificated in stiff language about structural reform in the Arab world on CNN in the late hours of the night or the small hours of the morning." And indeed, once he gets to his village, he acts the part. He has a notebook and interviews the men and women who might have witnessed events in 1957.

In the end, Eliyya – like the narrator in Elias Khoury's "White Masks" – gives up his quest. He leaves the notebook behind at his mother's, and when a friend reads it to the mostly blind Kamileh, she tears it up, furious at how her late husband is described. Eliyya's problems, whatever they are, can't be solved by peering into the past.

"The most difficult novel I have ever written"

In a recent interview with Italian blogger Chiara Comito, Douaihy said that "'June Rain' was the most difficult novel I have ever written. It is a disjointed book, packed with stories, characters and points of view. While I was writing it, I felt that every piece of it was slipping through my fingers, and I wondered how to get them back together." Yet, for all that, Douaihy manages to hold together all these different characters by the strength of the village of Barqa.

If there is a flaw in "June Rain", it's that a "whodunit" without a "who" has a hard time finding a satisfying end. The final pages of Khoury's "White Masks" spin around and around, bringing up new unresolved or unresolvable questions. "June Rain" follows Eliyya back to New York City as he gradually sheds the Lebanese mementos and foods his mother has packed for him. Once back in New York, Eliyya is too distant from the core of the book, which is back in Barqa.

That said, "June Rain" is both an important and a delightful book from one of Arabic literature's rising stars. The novel was shortlisted for the International Prize for Arabic Fiction (IPAF), as was Douahy's "The Vagrant" in 2012. The latter, translated into French as "Saint Georges regardait ailleurs", also won Lebanon's Hanna Wakim Prize and France's 2013 Prix de la Jeune Litterature Arabe. It will be a surprise if Douaihy's latest novel, "American Neighborhood" (2014), isn't recognised by this year's IPAF judges.

Douaihy's work hasn't yet received much attention outside Arabic and French, but with strong translators like Paula Haydar, who can reflect Douaihy's warm and elegant style, his work should reach, and charm, wider audiences.

Food prices doubled, salaries halved, banks restricting withdrawals: Egyptians now have the same problems as the Lebanese. But if things get worse here, the fallout will be far ... END_OF_DOCUMENT_TOKEN_TO_BE_REPLACED

Lebanon was long viewed as the Switzerland of the Middle East. Until relatively recently, billions were deposited in its banks. Gulf states were among the foremost investors in ... END_OF_DOCUMENT_TOKEN_TO_BE_REPLACED

November 2022 sees the Arab world firmly in the spotlight with the COP27 in Egypt and the FIFA World Cup in Qatar. Public trust in MENA governments is weak, thanks to their ... END_OF_DOCUMENT_TOKEN_TO_BE_REPLACED

"You are not my guide... I am the compass. Iranian women have spoken, freed themselves, and unleashed a revolution despite smelling death. They have cut their braids in anger; ... END_OF_DOCUMENT_TOKEN_TO_BE_REPLACED

In “The Wrong End of the Telescope”, Rabih Alameddine draws us away from the headlines and into the personal story of one individual. Mina is complex, compelling and very real. By ... END_OF_DOCUMENT_TOKEN_TO_BE_REPLACED

Comments for this article: A "whodunit" without the "who"

END_OF_DOCUMENT_TOKEN_TO_BE_REPLACED
Social media
and networks
Subscribe to our
newsletter