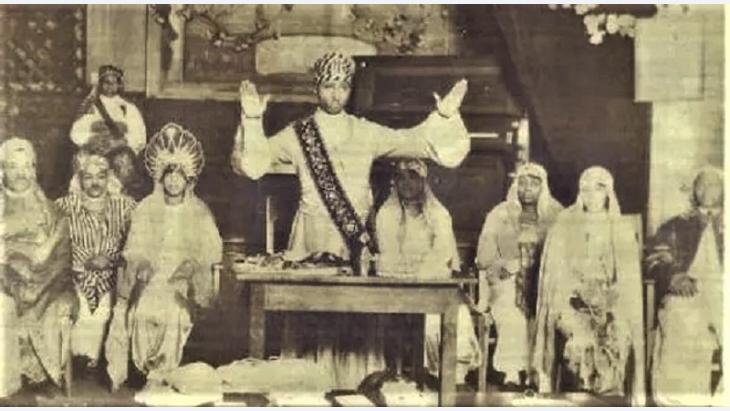 In the ʺPrincess and the Prophetʺ, Jacob S. Dorman traces the winding path and idiosyncratic heritage of Noble Drew Ali, founder of The Moorish Science Temple of America, and America's fascination with all things Oriental at the turn of the 20th century. By Richard Marcus

Who would have thought that the antecedents for what is now considered one of the strongest voices for African American nationalism, the Nation of Islam, would be something so quintessentially white and middle-class as the Shriners? While they were only one of many organisations for businessmen that sprang up in late 19th-century America, the club looked to the Ottoman Empire and Islam for its trappings and myths.

This was all part and parcel of white America's fascination with all things from the mystical East. It was during this time that America saw the rise of magicians who would dress as either Chinese or Indian men in order to create an even more mystical aura around themselves. Even the so-called Wild West shows began including "Moorish" and "Arabic" themed displays: from troops of "Arab" horsemen to mysterious fakirs who amazed audiences with both their exoticness and their feats of magic.

But how does all this fit in with both Noble Drew Ali and The Moorish Science Temple of America or MSTA? As Dorman tells it, there doesn't seem to be a simple answer. However, his research shows how a line can be drawn from both the Shriners and the Wild West shows to Islam and African Americans. It turns out that everything comes back to the history of one Walter Brister who gradually evolved into Noble Drew Ali over a period of 20 years.

Dorman lays out Brister's history from his start in show business as the twelve year-old band leader of "The Original Pickaninny Band" formed by his father for the stage show In Old Kentucky. While it was an example of the worst sort of stereotyping of African Americans, it also exposed Brister and other young African Americans to the variety of entertainments out in the world and offered them the means to make a living that wasn't dependent on hard labour.

Seduced by the Orient

Being part of the entertainment circuit would have exposed Brister to the stage magicians of the time who used the trappings of the East in their stage shows and how they impressed audiences of all races. We see how Brister gradually began assuming his new identity over the years. First as a solo "Hindoo" (Hindu) or "Arabic" magician calling himself Armmah Sotanki. 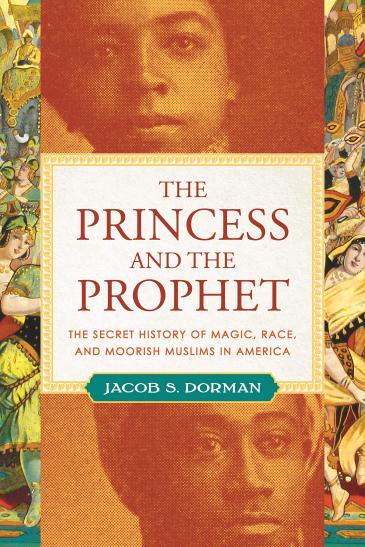 In the ʺPrincess and the Prophetʺ, Jacob Dorman recounts the strange history of The Moorish Science Temple of America (MSTA), forerunner to the Nation of Islam, and the socioeconomic developments of the late 19th and early 20th century that created the atmosphere conducive to its birth

He eventually put together his own troop of "Hindoo" wonder workers and toured with one of the Wild West Shows. Here he saw first-hand how if you claimed to be Arabic, or of other Eastern origins, the racist Jim Crow segregation laws of the US weren't as strictly enforced.

You were no longer the descendant of slaves – you were something magical and amazing to be afforded a semblance of dignity and respect.

He was eventually joined on stage, and surpassed in accolades and appreciation, by his wife Eva Alexander Brister, whose claim to be a Princess of the East and snake dance performances made her a hit on the vaudeville circuit.

As his wife's fame increased, Brister retreated from the limelight and eventually faked his own death (rumours of owing money to the wrong people). Soon afterwards he reappeared in Chicago as the prophet Drew Ali, where he soon assumed the title "Noble" along the lines of leaders of Shriner temples.

While he managed to build up quite an empire, he also made some enemies. When it was alleged that he had arranged to have one of them killed, it was only a matter of time before he suffered a similar fate. Others saw the potential of the MSTA as a money earner and wanted in on the action. This was Chicago in the 1920s.

Although Dorman has done an excellent job of showing the reader how the times were ripe for the birth of an American Islamic temple, at the end of the book it is still unclear how much Drew Ali was a sincere convert or simply a conman playing a really long con.

He made a small fortune selling "cures" and such and would use his old stage show tricks to convince people of his abilities. He even went so far as to have his wife pretend to be a convert, won over by his magnetism and power.

What can't be denied, however, are his motivations: Drew Ali was the one who opened the door to Islam as an avenue for African American nationalism. A direct line can be traced from Drew Ali to the Nation of Islam: through Wallace Fard (head of the Allah Temple of Islam) to his follower Elijah Poole who took the name Elijah Muhammad, who changed the name to Nation of Islam, and to the eventual emergence of Malcolm X in the 1950s as the main spokesperson for the movement.

While there are a multitude of strands for the reader to follow, Dorman does an excellent job of presenting his information in a clear and entertaining manner, making the subject matter so interesting that you can't helped but be pulled into the narrative.

Since President Abdul Fattah al-Sisi seized power in Egypt in 2013, he has ruled the country with an iron fist. Civil society, opposition and free press struggle to survive. Tens ... END_OF_DOCUMENT_TOKEN_TO_BE_REPLACED

Very different Western reactions to the suffering in Ukraine and the Arab world show that there is a profound rift among cultures. Essay by Michael Young END_OF_DOCUMENT_TOKEN_TO_BE_REPLACED

Sultana Khaya, 41, has been peacefully resisting the Moroccan occupation of Western Sahara for many years. Because of her campaign to assert the self-determination of the Sahrawi ... END_OF_DOCUMENT_TOKEN_TO_BE_REPLACED

Many Turks are dissatisfied with the international status of their country. At the same time, opinion polls reveal great scepticism among the Turkish population towards the USA. ... END_OF_DOCUMENT_TOKEN_TO_BE_REPLACED

Tunisia's president has been carrying out a coup by degrees, demolishing the country's hard-fought democratic gains bit by bit. With an economy in turmoil and a splintered ... END_OF_DOCUMENT_TOKEN_TO_BE_REPLACED

END_OF_DOCUMENT_TOKEN_TO_BE_REPLACED
Social media
and networks
Subscribe to our
newsletter