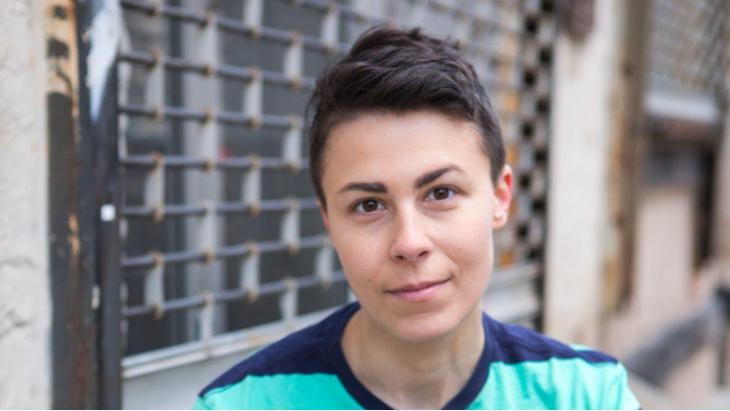 Book review: Jennifer Zeynab Joukhadarʹs "The Map of Salt and Stars"
ESP and the power of memory

Before modern guidance systems were invented, people navigated their way around the world using the stars. In her debut novel, "The Map of Salt and Stars", Jennifer Zeynab Joukhadar reveals that while the heavens may be one means of finding your way around, they aren't the only one. Richard Marcus read the book

Joukhadar has chosen to show us the world through the eyes of Nour, the youngest of a family of three daughters and their cartographer mother. With bills piling up after the death of her husband, the mother decides to return her family to where her parents were born, Syria. While her two eldest daughters, Zahara and Huda, argue against the move because of the civil war, she assures them that their destination, Homs, is far away from the protests and they will be fine.

As the whole world now knows, nowhere in Syria turned out to be fine. Three months after the family arrives in Homs, fighting spreads to the city, their house is destroyed by a shell and the eldest daughter is injured. The family – and their late father's adopted brother, Abu Sayeed – are forced to flee and travel to Damascus in an attempt to seek medical aid for Huda.

While this is hard enough, it's only the beginning of their journey. As Nour recounts, the family travels a route which traces a path from Syria through Jordan and then to North Africa until they can reach their destination of Ceuta, a small autonomous Spanish city adjacent to Morocco. Anyone who has read anything about the travails of refugees seeking to make their way to safety will have some inkling as to what this family could have faced.

No matter how good your imagination, however, the reality is always far worse than you think. This presents an almost insurmountable barrier for any author attempting to convey the experiences of refugees. Joukhadar has achieved the remarkable with her novel, finding not just one, but two ways in which to broaden the reader's experience, helping us climb deeper into the story in the process. 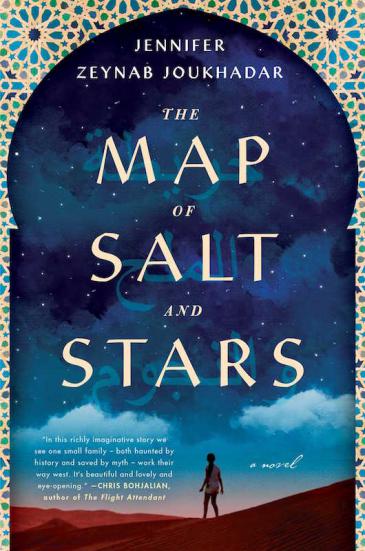 Guided by tales of 12th century cartographer al-Idrisi: remembering not only reminds Nour of her father and the sound of his voice, it also helps her keep track of where she and her family are in their journey. While the cities have changed, the geography remains the same. Nourʹs joy at finding things she recognises in places she's never been before leaps off the page


Firstly, her young protagonist (while we're never given her age, we know she's on the edge of adolescence as she experiences her first menstrual flow during the voyage) has the rare ability of synaesthesia, where stimulation of one sensory receptor automatically and involuntarily leads to the activation of another.

In Nour's case smells and sounds trigger colours – so that even the sound of a letter being pronounced is associated with a particular colour in her mind.

This also allows the author to include some incredible imagery for the reader to revel in – a dog's bark becomes a purple cone of sound on a dark night. Unfortunately for Nour, the ability is linked to memory, which means she can't forget the sound or colours associated with either the sound of a laugh or the sound of a bomb exploding.

Joukhadar does a remarkable job of showing us how this is both a curse and a blessing for Nour. The reader is able to appreciate both the good and the bad of this ability, in the process experiencing both the depths of her sorrow and the heights of her happiness.

It's Nour's memory that is responsible for the second means Joukhadar uses to bring us a deeper appreciation of what the family is experiencing. She clings to her memories of the sound of her father's voice telling the stories and myths of Syria's past. Her favourite is a story about a young girl, Rawiya, in the 12th century who travels with the cartographer al-Idrisi – the man who mapped the Middle East and North Africa for King Roger, the Frankish king of Sicily.

In times of extreme distress, Nour turns to this story as both solace and inspiration. Not only does remembering the story remind her of her father and the sound of his voice, it also helps her keep track of where she and her family are in their journey. For, although Rawiya and many of the things which happened on her journey are fictional, al-Idrisi was very real and mapped the lands Nour and her family are travelling through.

While the cities have changed, the geography remains the same. At various times on their exodus Nour is able to tell her family where they are by the landmarks she recognises from the story. Her joy at finding things she recognises in places she's never been before leaps off the page at readers. It gives her the strength and courage to realise she has the ability to find the right path to take them to safety.

There have been many things written and said about Syrian refugees, but few have managed to humanise their circumstances with such sensitivity as Joukhadar. We care about the family almost from the start and those feelings only intensify as the story progresses. Viewing the world through the eyes of the youngest daughter and her synaesthesia, we not only see it in the unrefined state of a child, we experience it with heightened sensory perception.

At times, as it would be for Nour, it makes the story almost overwhelming in its emotional intensity. However, Joukhadar knows just the right moment to pull back to keep events believable and ensure that neither us nor Nour give up hope. The rollercoaster of emotions both Nour and the reader undergo during the course of the book are what make the story so effective. By being able to transmit Nour's state of mind so effectively Joukhadar makes her experiences all the more vivid for the reader.

While there is no way any writer can truly recreate all the emotional upheaval felt by people on such a journey, The Map of Salt and Stars is as close to perfection as you'll find.

A lot is happening in Syria’s Sweida Governorate – foreign intervention there is unprecedented both in terms of scale and number of actors – yet Damascus remains the dominant ... END_OF_DOCUMENT_TOKEN_TO_BE_REPLACED

When she ascended the throne, millions of Muslims still lived under British rule. Later, Elizabeth II appealed for tolerance in a multi-religious society. She was the first ... END_OF_DOCUMENT_TOKEN_TO_BE_REPLACED

The documentary "The Other Side of the River" shows how women in the Kurdish regions of northern Syria fight for their rights under the most difficult conditions. By Aviva ... END_OF_DOCUMENT_TOKEN_TO_BE_REPLACED

Following months spent considering a military incursion into northern Syria, Turkey now appears to want talks with Syria to ensure security and the return of refugees. From ... END_OF_DOCUMENT_TOKEN_TO_BE_REPLACED

In this essay, renowned Lebanese journalist and writer Hazem Saghieh asks whether the Arab Levant, which stretches from Iraq in the east to Egypt in the west, will remain an ... END_OF_DOCUMENT_TOKEN_TO_BE_REPLACED
Date:
Mail:
Send via mail

END_OF_DOCUMENT_TOKEN_TO_BE_REPLACED
Social media
and networks
Subscribe to our
newsletter