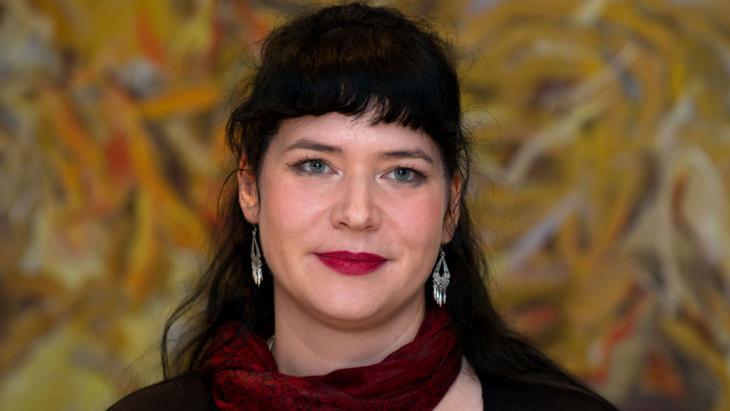 Desires and temptations in a highly complex world

Anna Kuschnarowa's novel for young adults tells the story of two young lovers who drift apart because of the religious fanaticism of one of the protagonists. It highlights the complexities of life in modern Germany for young people and the attraction of Salafism for lonely, insecure young minds. By Siggi Seuß

The world inhabited by Julian and Romea in Anna Kuschnarowa's German-language novel for young adults, "Djihad Paradise" [Jihad Paradise], is significantly more complex. Just as the world itself is more complicated, so are the attempts made by the young people from Berlin to orient themselves within it.

The opening of the novel is so tense that the reader feels compelled to devour the book in order to understand how Julian and Romea have ended up this way. They tell their stories from the perspective of their immediate present before going on to describe the three previous years in a series of flashbacks – the narrative is spread over a total of eight chapters, each more dramatic than the one before.

The end of the book returns to the present of the book's opening pages. Berlin's Alexanderplatz, four days before Christmas Eve. There are crowds of people rushing around and Christmas paraphernalia all over the place. Julian Engelmann, who for reasons which are initially unclear calls himself Abdel Jabbar Shahid, is standing outside the Alexa department store, sure of only one thing: "I'm here because everything I hate is here." 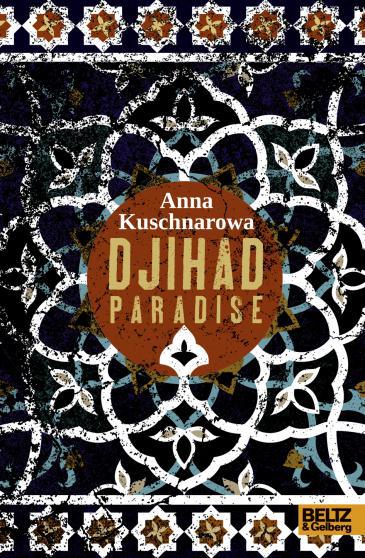 According to Siggi Seuß, Anna Kuschnarowa's novel for young adults is "thoroughly exciting and illuminating"

Meanwhile the person who until a few months ago had been the love of his life, happens to be passing by. Romea had thought that Julian was dead, and yet here he is now on Alexanderplatz, wearing his customary hip-hop gear, but with hollow cheeks and his face bathed in sweat. And at that moment she realises that he's wearing a jacket packed with explosives. He is a suicide bomber. Cut.

The cliffhanger couldn't be any more radical. We are left hanging on the rock face for 400 pages. And rightly so. This skilful dramatic device allows the reader to really understand where these two young people – whose lives have deviated so far from the norm – are coming from. The author is not ultimately aiming to present us with a series of thrills, but rather to illuminate the background and motives of Julian and Romea. Step by step.

Three years earlier… Julian and Romea get to know one another at school. Julian (18) is a maladjusted young rapper, a singer in an unsuccessful hip-hop band and the epitome of cool. Behind the façade, however, lurks crippling self-doubt. His family circumstances are disastrous. His mother has run off, his father is an unemployed alcoholic – this is a life that is financially and emotionally on the edge. Romea (16), on the other hand, comes from a well--to-do-background. Her father is an architect and her mother is a lawyer. The problem is that her parents have virtually no time for their two daughters.

Romea sees it all with bitter sarcasm, but manages well both at home and in school. Until she falls in love with Julian, and they tear down all the links to her old life in protest against the "drab, anthracite hatefulness" of their surroundings (Romea). For her it is the beginning of an odyssey, at first together and then more and more apart. In particular from the moment that they decide to convert to Islam.

They find help and security in a community of Salafists. While the (self-) critical Romea succeeds in extricating herself in time, Julian falls ever further under the influence of radical fanatics and eventually ends up in a Pakistani training camp for holy warriors. A long and treacherous course which could have been avoided, had the social milieu where the young lovers found themselves been more open, friendlier and richer in individual perspectives. But it wasn't.

Anna Kuschnarowa connects this crushing absence of bearings in life with the anxieties, dreams and the overwhelming loneliness of the two young anti-heroes. The author, who often addresses political themes in her young adult works, never allows her deep knowledge of Islam to come across didactically in the text.

She not only empathises deeply with her protagonists' sense of profound uncertainty, but also with the jargon of the youthful outsider. This means that the dialogue is sometimes crude and sometimes tenderly-naïve, but it lends Julian and Romea's thoughts a confused logic which fits their search for meaning. A thoroughly exciting and illuminating novel about the desires and temptations experienced by young people in their highly complex world.

Translated from the German by Sheridan Marshall

Anna Kuschnarowa, "Djihad Paradise", Beltz & Gelberg Verlag, Weinheim/Basel 2013, has not yet been translated into English

Home
Print
Newsletter
More on this topic
Salafists in Germany: A simple world view and the promise of paradiseGerman jihadists: Turning their backs on the WestInterview with intelligence operative Benno Köpfer: "You're allowed to be a Salafist in Germany"Interview with Matenia Sirseloudi: What drives young people to jihad?
Related Topics
Islamism | Political Islam, Jihad, Jihadism | Jihadists, Literature, Salafis | Salafism
All Topics

Libyan political analyst Faraj Alasha argues that the Berlin conference on the Libyan war did nothing to change the fact that there is no political solution to end the war raging ... END_OF_DOCUMENT_TOKEN_TO_BE_REPLACED

As COVID-19 sweeps across the globe, it is forcing religions to adapt and take action to prevent infection. But experts warn against using the crisis to fuel conspiracy theories. ... END_OF_DOCUMENT_TOKEN_TO_BE_REPLACED

Germany continues to believe in the fiction that palm oil obtained from South East Asia to blend with diesel fuel is ecologically sound and climate-friendly. But that belief is ... END_OF_DOCUMENT_TOKEN_TO_BE_REPLACED

On their fourth CD "Irade" (willpower), Masaa has left its piano sound behind, yet continues with its new guitarist to pursue a path that bridges jazz improvisation and Arabic ... END_OF_DOCUMENT_TOKEN_TO_BE_REPLACED

The parties at the centre of Germany's political landscape have often exhorted citizens to distance themselves from the right-wing AfD party. And yet, Europe's response to what is ... END_OF_DOCUMENT_TOKEN_TO_BE_REPLACED
Author:
Siggi Seuß
Date:
Mail:
Send via mail

END_OF_DOCUMENT_TOKEN_TO_BE_REPLACED
Social media
and networks
Subscribe to our
newsletter