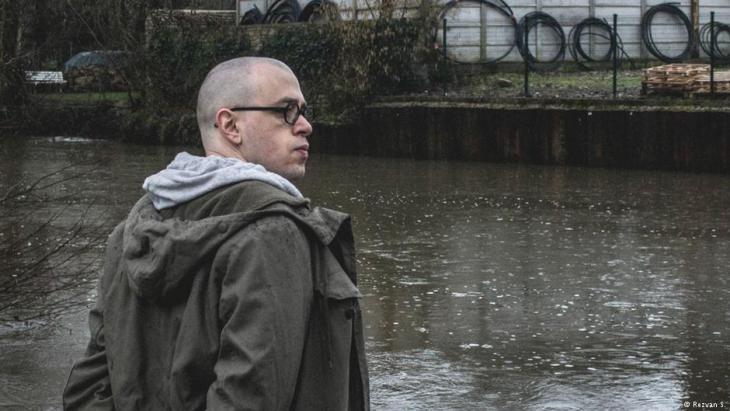 Joseph Andras′ debut novel ″De nos freres blesses″ (Of Our Wounded Brothers) touches upon a sore spot in French history, recalling the time when Algeria was a French colony and French anti-colonialists fought alongside Algerians. Claudia Kramatschek read the book

Despite ending on 18 March 1962, the Algerian War divides opinion to this day, both in France and Algeria. Algeria demonises the group known as the Harki, for instance – the Algerian Muslims who fought on the colonialists′ side and were abandoned by France after Algeria became independent.

France, in turn – which passed the fiftieth anniversary of the peace agreement in 2012 without an official ceremony – has not yet reappraised the atrocities committed at the time of the Algerian War: massacres and mass displacement in Algeria, gratuitous arrests and state crimes at home in France. After all, torture was practised in the motherland too. Nor to mention the execution of all the ′pied-noirs′ who positioned themselves on the side of the Algerians in the struggle for independence and openly supported the FLN, including by militant means.

One of those men was Fernand Iveton. He was executed by guillotine in Algiers on 11 February 1957, aged 29, having planted a bomb in the Hamma gas station in November 1956. It was a year in which Michel Debris, General de Gaulle′s future prime minister, was to say: ″the fate of France will be decided in Algeria.″

The Algerians had begun their official armed uprising two years previously, with assassinations becoming an everyday occurrence. A few weeks before Iveton′s attempted attack, a bomb went off in a popular Algiers cafe, the Milk Bar, killing thirty people – adults and children alike. Like the French, the FLN′s members no longer hesitated to use violence to achieve Algeria′s liberation from the ′motherland′. 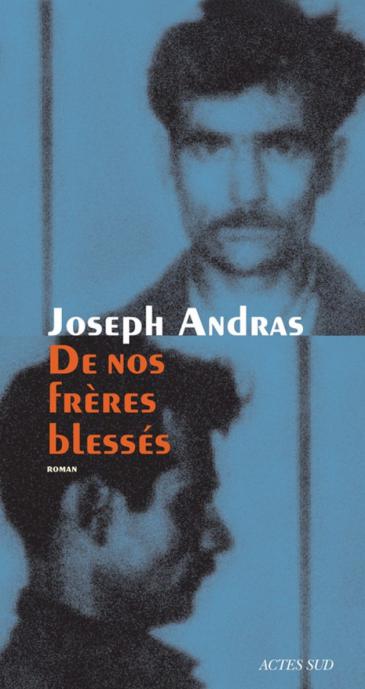 Is France finally facing up to the ghosts of its past? Although Joseph Andras turned the award down, ″De nos freres blesses″ – a passionate and critical appeal to the lost revolutionary spirit of egalite and liberte – did at least win the prestigious Prix Goncourt for best debut novel

Iveton himself refused all use of violence in the struggle. The bomb he had planted was intended to damage only property, not human lives. But it was never to be. Iveton was betrayed and the French state went on to make an example of him: Frenchmen on the side of the Algerians were regarded as traitors.

To this day, this chapter of French history has not been fully clarified; publications on the subject have been censored.

Joseph Andras′ telling of Fernand Iveton′s story in ″De nos freres blesses″ lends the activist a voice anew and is more than belated acknowledgement. It is an homage to the convictions that for many years stood for France but were finally buried with the Algerian War – those of equality and human rights.

The novel, which closely follows the historical facts, opens on the day when Iveton is to plant the bomb in Hamma and ends with Iveton′s death by the guillotine. Meticulously and in sheer unbearable realism, Andras describes the torture that followed Iveton′s arrest.

During the war, the French abandoned their beloved sophisticated manners and resorted to any means necessary. Iveton himself, however, believes until the end that France is not a country of slaughterers, but a state in which the law still has its place.

May a man be sentenced to death although he has harmed nothing and no one? Yes, comes the answer, if the mood is explosive enough.

Not an inter-racial conflict, but a fight against colonial rule

Between the lines, Andras skilfully uses the case to address the internal debates and dissent between the radical wing of the FLN and those European Communists, like Iveton, who had joined the struggle.

For Iveton – and also for Henri Maillot, portrayed as the protagonist′s closest friend in the novel, another real-life man who fought on the Algerian side and was also executed – theirs was not an ′inter-racial conflict′; their primary aim was to free people from the yoke of their colonial oppressors.

Yet that struggle was not to cost any human lives – an issue the FLN′s frontline leadership saw differently. That leadership did not take a clear stand towards Iveton at the time.

Dreaming of a free and peaceful Algeria

In flashbacks between the action, a love story evolves between Iveton and a Polish Jew who escaped the Holocaust. She moves to Algeria with him – where Andras reminds us that the fight against the French was also supported by Algeria′s Jewish population; the woman who delivers the bomb to Iveton is Jewish, for instance.

Iveton himself was tried and sentenced within a single day. In the novel, his last words are dedicated to a free Algeria – in which people of all origins, all skin colours and all faiths will one day live together in peace and equality. Algeria did gain its freedom, yet an Algeria in which a peaceful and free co-existence is possible remains, sadly, utopic.

France, in turn, would do well to finally face up to the ghosts of its past. At least there is a spark of hope: although the author turned the award down, ″De nos freres blesses″ – a passionate and critical appeal to the lost revolutionary spirit of egalite and liberte – did at least win France′s prestigious Prix Goncourt for best debut novel.

Home
Print
Newsletter
More on this topic
Book review: Kamel Daoud's "The Meursault Investigation": To kill an ArabSixty years since the beginning of the Algerian war: National fronts?France and the 50th anniversary of Algeria's independence: A pact against memoryInterview with Benjamin Stora: The bitter legacy of past Franco-Algerian relations
Related Topics
Algerian Opposition, Algerian War, Book reviews, Colonialism, History of the Near and Middle East, Literature, Pan-Arabism | Arab Nationalism
All Topics

Nouara may be 65, but she is ready to join thousands of others who burn their ID and pay traffickers for the chance of a new life in Europe. Zineb Bettayeb reports END_OF_DOCUMENT_TOKEN_TO_BE_REPLACED

In Doha, Arabs from Morocco, Tunisia, Egypt and Algeria are gathering to celebrate the first ever FIFA World Cup to be held on Arab soil. The criticism from Europe? Over the top, ... END_OF_DOCUMENT_TOKEN_TO_BE_REPLACED

"Rebel Game: The Power of Football in the Middle East and the Qatar World Cup", an anthology published by Middle East researchers Jan Busse and Rene Wildangel, takes the upcoming ... END_OF_DOCUMENT_TOKEN_TO_BE_REPLACED

After a two-year hiatus, the Arab League re-convened at the beginning of November in Algiers against a backdrop of uncertainty and discord. By Pierre Boussel END_OF_DOCUMENT_TOKEN_TO_BE_REPLACED

The history of Jews and Muslims is far more entangled than you might imagine – but you have to listen out for it. In "Recording History", Christopher Silver takes us on a sonic ... END_OF_DOCUMENT_TOKEN_TO_BE_REPLACED
Author:
Claudia Kramatschek
Date:
Mail:
Send via mail

END_OF_DOCUMENT_TOKEN_TO_BE_REPLACED
Social media
and networks
Subscribe to our
newsletter