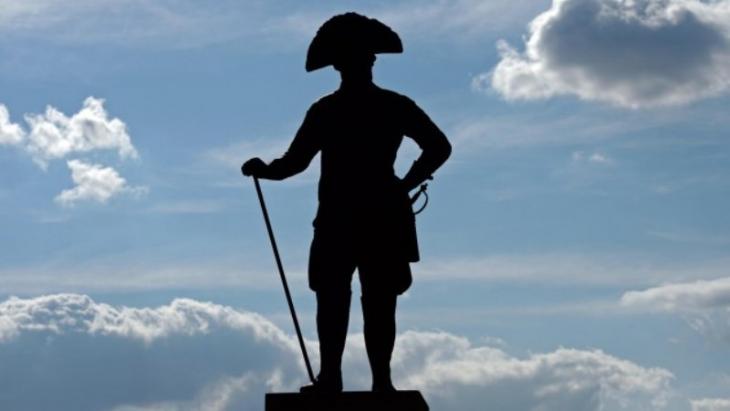 In his new book, Joseph Croitoru shows how German politics, academia and literature all grappled with the Orient in the eighteenth century. By successfully weaving together these different threads, he provides an overview of attitudes towards the East in Germany during the Age of Enlightenment. By Melanie Christina Mohr

In Germany, debates about Islam are often accompanied by heated disputes, with the various sides frequently giving way to all-too-familiar feelings of resentment. In his book "Die Deutschen und der Orient" (The Germans and the Orient), historian Joseph Croitoru shines a light on a centuries-old German ambivalence towards Islam, quoting figures from the world of politics, academia and literature in the eighteenth century, an age when the belief in reason and the striving for tolerance were starting to take hold.

The emancipation of the enlightened middle class went hand in hand not only with its detachment from authority, but also with a marked interest in foreigners – and in the Orient in particular.

In his book, Croitoru links political events and figures with literary works and academic achievements. From the reign of Frederick the Great (which began in 1740) to the Prussian–Ottoman alliance under Frederick William II (1790), the attitudes of the literary figures, philosophers, academics and monarchs he quotes range from religious contempt to aesthetic fascination and Orient-friendly promotion.

For the reader, the connections highlighted by Croitoru are not only exciting, they also help explain how both sides influenced each other and make it easier to understand their intentions and standpoints. It quickly becomes clear: a not inconsiderable proportion of perceptions and patterns of argument dating from the eighteenth century are still with us today.

Prussia and the Ottoman Empire 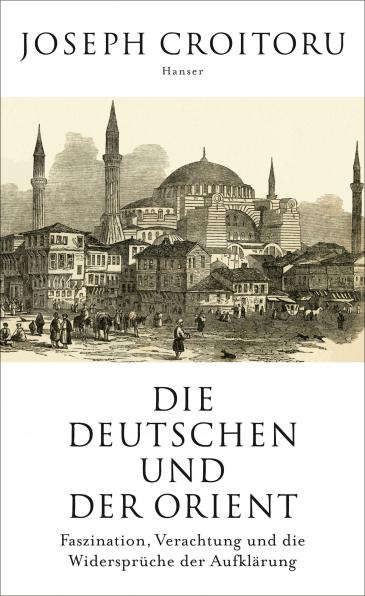 Joseph Croitoru′s "Die Deutschen und der Orient" is a wonderful, important contribution to understanding the diverse ways in which the Germans have viewed, discussed and considered the Islamic East. Without a doubt, it comes highly recommended!

In Germany, the period of Enlightenment reached its heyday in the mid-eighteenth century.

Frederick the Great ascended the throne in 1740. It was a time of great change: the structures of the Middle Ages were disintegrating as society strode into the Modern Age: although witches were still being burned at the stake and peasants still bought and sold as slaves, torture was abolished and Frederick introduced religious freedom and the freedom of the press in the course of his reign.

In his book, Croitoru devotes much space to "Old Fritz's" pro-Ottoman policies, which brought the Prussians closer than ever before to the Turks.

The King was not only interested in treaties of friendship or trade treaties, however, but also in the structures of power, putting the longevity of the Ottoman reign down to the fact that the Ottomans held fast to religious tradition, the political exploitation of which the German monarch deplored.

This explains why he felt an affinity with the French philosopher Voltaire, whose tragedy Mahomet, which portrayed the Islamic Prophet as a deceiver, he celebrated. His successor, Frederick William II, strengthened existing ties with the Ottoman Empire, signing in Constantinople in 1790 an accord that marked the beginning of a military alliance with Sultan Selim II against Austria and Russia.

The Orient as the hub of academic debate

To this day, the Islamic East remains the subject of academic and literary works born of the most varied motivations and characterised by diverse approaches. In addition to a purely philological interest – as in the case of Johann Jacob Reiske, the father of Arabic Studies as a sovereign field of academic study in Germany – it was and still is difficult for others to maintain objectivity when assessing the foreign in relation to the familiar.

In the course of his treatise on Arabic grammar and the Koran, the eighteenth-century Prussian Orientalist Johann David Michaelis rejects the divine origin of the Koran, the Muslims' holy book and concludes from a comparison of Islam and the Christian religion that the latter "emerges much more favourably". Major literary figures such as Herder, Goethe and Lessing all strove to create a positive image of the foreign East.

A young Lessing used the attempt to change this image as an opportunity to portray himself as an authority on the Orient and stressed the benefits of learning Far Eastern languages.

Indeed literature was heavily influenced by the academic world. After all, the latter provided translations and treatises that the poets then fed into their own work. Herder was inspired by Reiske's Al-Muttanabbī translations, Proben der arabischen Dichtkunst in verliebten und traurigen Gedichten (Samples of Arabic poetry taken from love poems and melancholy poems). For his part, Goethe read throughout his life anything on this subject that he could lay his hands on.

With this book, Croitoru has successfully completed a difficult undertaking: he not only provides a detailed overview of how the political, academic and literary worlds of the eighteenth century grappled with the Orient he also succeeds in linking all of these strands, making it possible for the reader to gain a seamless understanding of the subject matter. It is a most wonderful, important contribution to understanding the diverse ways in which the Germans have viewed, discussed and considered the Islamic East. Without a doubt, it comes highly recommended!

Home
Print
Newsletter
More on this topic
Qantara dossier: "Travels in the Orient"Germans and Ottomans in the First World War: A partnership of privilegeGoethe and the Orient: Why did the poet's mind wander to far-off climes?
Related Topics
Book reviews, History of the Near and Middle East, Islam and the West, Science, Travels in the Orient
All Topics 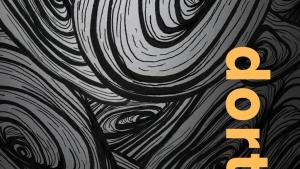 Literature by young Iranian authors is rare in German. Publisher and translator Arash Alborz aims to change this with his literary magazine, 'dort'. Do the first two editions live ... END_OF_DOCUMENT_TOKEN_TO_BE_REPLACED

It is possible to write about the Holocaust and the crimes of colonial powers without downplaying anything. In her latest book, Charlotte Wiedemann focuses on the numerous blind ... END_OF_DOCUMENT_TOKEN_TO_BE_REPLACED

A French artist has used photos of torture from Abu Ghraib for an oversized artwork at the Berlin Biennale. Reactions from fellow artists have been mixed, with some criticising ... END_OF_DOCUMENT_TOKEN_TO_BE_REPLACED

Since Ali Khamenei, Iran's most powerful man, has openly and unconditionally come out in support of Putin's war in Ukraine, logistical help is on its way, with an allegedly ... END_OF_DOCUMENT_TOKEN_TO_BE_REPLACED

This year Annemarie Schimmel, the great German scholar of Islamic studies, would have turned 100. Unique within the German and international academic community of her time, ... END_OF_DOCUMENT_TOKEN_TO_BE_REPLACED

The highly controversial Indian blockbuster "The Kashmir Files“, on the exodus of Kashmiri Hindus in the 1990s, is characterised by unilateral representations, negative ... END_OF_DOCUMENT_TOKEN_TO_BE_REPLACED
Author:
Melanie Christina Mohr
Date:
Mail:
Send via mail

END_OF_DOCUMENT_TOKEN_TO_BE_REPLACED
Social media
and networks
Subscribe to our
newsletter