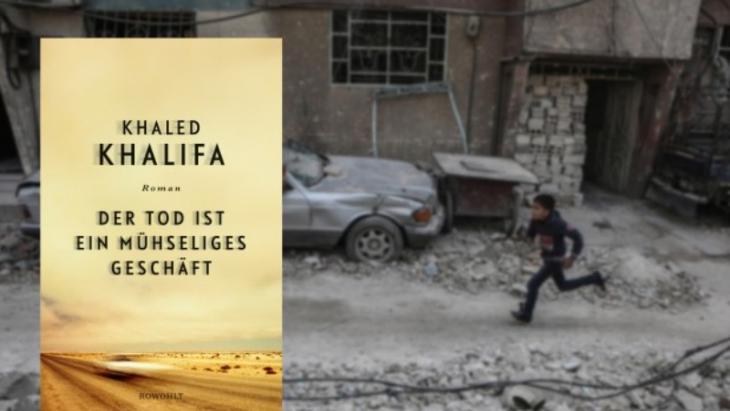 As they drive across Syria with their fatherʹs coffin on the back seat, three siblings encounter a shattered country where despotism and underhand dealings have become the norm, testing the bonds of family to destruction. By Volker Kaminski

When Bulbul, Hussain and Fatima collect their fatherʹs body from the hospital in Damascus, intending to honour his last request and bury him in his home village near Aleppo, they are aware that they have undertaken a tricky task. Still, they think they will manage the 400-kilometre journey in a day, despite the many checkpoints.

But even the first leg of their journey in Damascus is plagued by traffic jams, roadblocks and stormy weather. And by the fact that the siblings have barely been in touch for years and werenʹt close to their father, either.

More a front-line mission than a hearse ride

Now, with his corpse lying on the back seat of the minibus, cooled by four blocks of ice, with an air-freshener to prevent any unpleasant odours, they become increasingly aware that their trip is more like a front-line mission than a hearse ride.

Khaled Khalifa, who to this day lives in Damascus and whose novels are published in Beirut, tells his story with grim irony and a keen sense of the macabre. The foreground belongs to the family and their illusions and daydreams, to which they abandon themselves even during the journey, as well as to the fate of their once politically-active father, whose story is told in numerous flashbacks. 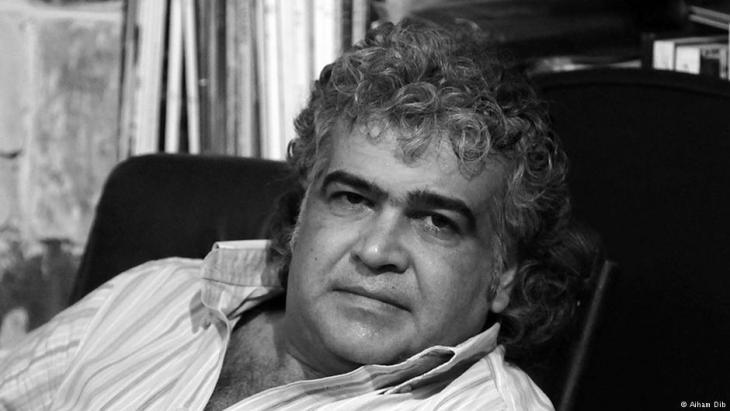 Author Khaled Khalifa was born in the Syrian city of Aleppo in 1964. He lives and works in Damascus. The trained lawyer has written several award-winning novels, not to mention screenplays for cinema and television. He is one of the Arab worldʹs leading contemporary authors

But the author seems to place just as much importance on the novelʹs stark portrayal of contemporary Syria, a country sinking into chaos and anarchy, where human life has become cheap. The hospitalʹs refrigeration units can hardly cope with the bodies of residents and soldiers and many parts of the country are nothing but ruined buildings and mass graves.

The novelʹs oppressive setting is lightened to some degree by the farcical incidents that take place on the siblingsʹ never-ending journey. The guards at one checkpoint not only demand a large amount of cash to let them pass, but also "arrest" their father and ask to see his papers, because his name is on a secret-police wanted list.

Khalifa paints a vivid picture of how the monster of bureaucracy lives on even after someone has died and how the hours of waiting at checkpoints can ultimately only be ended through bribery.

The fact that their father used to be a well-known supporter of the revolution puts the family in more than a little danger. The siblings themselves arenʹt political. Bulbul, the most sensitive of the three, soon regrets having promised to fulfil his fatherʹs dying wish. He considers himself a bit of a coward. Although he originally studied philosophy, he then contented himself with a job at a "storage and refrigeration company", as he says, "stupid work that demanded no philosophical knowledge at all. "

But inwardly, he is still the closest to his father; he too is trapped in an unhappy marriage and, like his father once did, he yearns for his childhood sweetheart – a romantic subplot that provides a few lighter moments in amongst the hardness of the largely bleak story.

Hussain drives a mini-cab in the city, transporting Russian dancers to their hotel. Although he was once their fatherʹs favourite, the one on whom his hopes were pinned, he too is now entirely disillusioned. During the journey he grows increasingly angry with his brother, who has persuaded him to transport the body in his minibus. 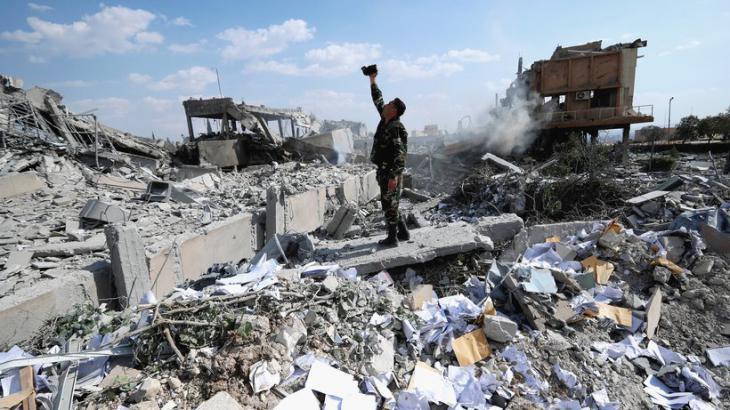 Selfie amongst ruins: Khaled Khalifa seems to place just as much importance on the novelʹs stark portrayal of contemporary Syria, a country sinking into chaos and anarchy, where human life has become cheap. The hospitalʹs refrigeration units can hardly cope with the bodies of residents and soldiers and many parts of the country are nothing but ruined buildings and mass graves

None of the protagonists – including the overpowering father – is a hero. Instead of the dangerous journey bringing the insecure siblings closer together, old wounds are re-opened and the enmity between the brothers seems to grow.

The rift that runs through the family is just as impossible to heal as the whole country is after years of fighting between the regimeʹs army and the various factions of the uprising.

The trip takes much longer than planned and finally, after unimaginable trials which include a pack of wild dogs trying to pounce on their dead father, they reach the northern "realm of disguise" which, although it may be one of the "liberated zones", doesnʹt seem at all friendly. They are met by heavily-armed, emaciated, unearthly-looking soldiers, whose faces are covered: "no faces, no emotion, no expressions".

The translation of the book into German by Hartmut Fahndrich deserves special praise; he has preserved all the powerful, reflective language of the original. The subtly ironic tone brings a scattering of caustic humour to the text and highlights the suffering on this odyssey full of trials and perils.

The call for freedom and humanity never becomes manifest in this slim novel, but the bookʹs authentically-drawn, touching characters leave behind a deep impression.

Syria, Egypt, Saudi Arabia and the UAE are among those countries increasingly misusing cybercrime legislation to silence dissent and curb freedom of speech. Could a new global ... END_OF_DOCUMENT_TOKEN_TO_BE_REPLACED

A new exhibition, "Syria – Against Forgetting", at Cologne’s Rautenstrauch-Joest-Museum focuses on Syria's artistic and cultural heritage and pays tribute to the country before ... END_OF_DOCUMENT_TOKEN_TO_BE_REPLACED

This year’s Morgenland Festival opened with the premiere of Kinan Azmeh’s musical theatre piece, “Songs for Days to Come”, based on fifteen poems by contemporary Syrian poets. ... END_OF_DOCUMENT_TOKEN_TO_BE_REPLACED

Longlisted for the 2020 International Prize for Arabic Fiction and now available in German translation, Khaled Khalifa’s novel “No One Prayed Over Their Graves” details lives and ... END_OF_DOCUMENT_TOKEN_TO_BE_REPLACED

Rumi's poems, though generally stripped of their Islamic symbolism, are hugely popular around the world. Yet Islamic mysticism is still very much at the heart of these verses. ... END_OF_DOCUMENT_TOKEN_TO_BE_REPLACED

END_OF_DOCUMENT_TOKEN_TO_BE_REPLACED
Social media
and networks
Subscribe to our
newsletter