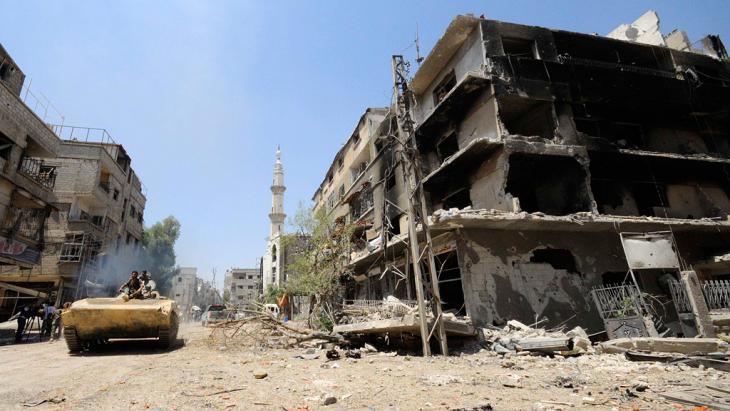 Rage and resignation in war-torn Syria

Larissa Bender's "Innenansichten aus Syrien" (Inside Views from Syria) is a compilation of very personal accounts written by Syrian authors. It provides a subjective but precious insight into a life that outsiders can hardly imagine. By Jannis Hagmann

Outside, soldiers are patrolling. They are heavily armed and clad in green uniforms. Do they belong to the forces of the Assad regime? Are they rebels? A shiny car can be seen through a gap that affords a view of the street beyond, a street in good condition despite the state of emergency. Who is peeping through the window opening? What is hiding in the interior of that room?

The photograph described above adorns the back cover of Larissa Bender's new anthology, "Inside Views from Syria", which has just been released in the German original. It is not experts or war reporters whose accounts are published here, but Syrians themselves. What they write is sometimes descriptive, sometimes narrative, but more often than not thoughtful and philosophical. Views on the inside from the inside.

"Every morning, my apartment starts to tremble; the windows were left open all summer so that the glass would not shatter," writes author Khaled Khalifa. He is one of the intellectuals who decided to stay in Syria. "I meet the friends who are still here," he says, "and whose number hardly exceeds the fingers on one hand." Khalifa has lost his strength: "I have stopped asking about tomorrow. Everything will be repeated; the bombing will not stop tomorrow, the sirens of the ambulances will not fade away, the shots have become an integral part of the sky over the city."

The habitual nature of this war is blended with a disappointment that the international community has also grown accustomed to the bloodshed in Syria and does nothing but stand on the sidelines and watch. "I steer clear of the journalists who want to talk to us for hours," writes Khalifa, "and then just write what salves their conscience, namely that this dying has nothing to do with them." 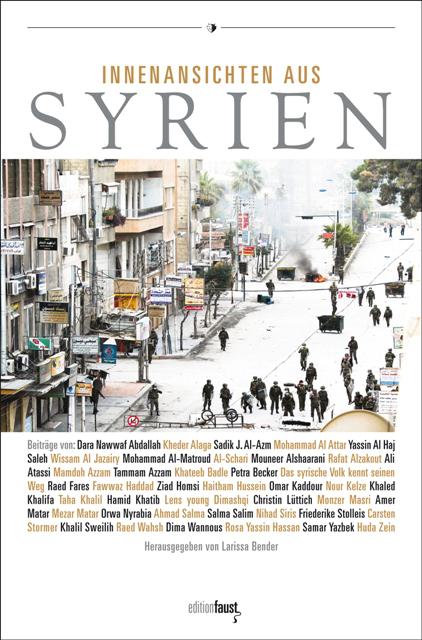 In his review, Jannis Hagmann criticises the fact that almost without exception, only writers who are clearly opposed to the revolution are included in this compilation: "Those who want to listen to 'the people of Syria' and take their fears and concerns seriously, should also listen to those who do not have as clear a position as the authors in this volume"

Left in the lurch by "friends"

At times, a palpable resignation is conveyed when the authors describe the feeling of being left alone; other times it is pure anger and rage. Fawwaz Haddad writes: "The Syrians have been deceived (...) One government after another leaves the crisis-riven Syrian friend in the lurch, even though the friendship was sealed at international conferences and was beatified in the name of the 'Friends of Syria'." The philosopher Sadik J. Al-Azm goes one step further: "The now established caliphate is the deserved response to this Western realpolitik."

In addition to the disappointment, there is another issue that comes up again and again: the brutality of the Assad regime. Al-Azm argues that it was the regime's extremism alone that pushed the Syrian revolution towards military revolt. "In so doing, the civil movement has become a military uprising."

Another author points out that the regime's brutality is nothing new: "For the last four decades, Syria has been a gigantic prison. Ever since the Ba'ath Party consolidated its rule with Hafez Al-Assad's takeover in 1970, Syria (...) can be described as one of the cruellest dictatorships of our time," writes Mohammad Al Attar, one of Syria's best-known young playwrights.

A list of contributors to this anthology reads like a "Who's who" of the Syrian literary and artistic scene. Given the number of contributions (40), readers can easily lose themselves in the book's 300 pages. The contributions are not arranged in any clear order. An interview with an artist follows an overview of the education system; a journalist's field report follows the portrait of a prisoner. And why is it that in the (very readable) chapter entitled "Deeds, not Words" of an anthology called "Inside Views of Syria", a German political scientist calls for a limited military intervention?

Larissa Bender explains in her introduction that she does not seek to explain or analyse the conflict or search for possible solutions, but instead wants to "show, from the Syrian perspective, how people experience the destruction of their homeland."

She leaves no doubt as to who is guilty and who is innocent. In the preface, she states: "It is the policy of the regime and its supporters that has brought about this disastrous situation." And thus the line between "good" and "evil" is drawn, which explains why the selection of the contributions is, unfortunately, so one-sided. 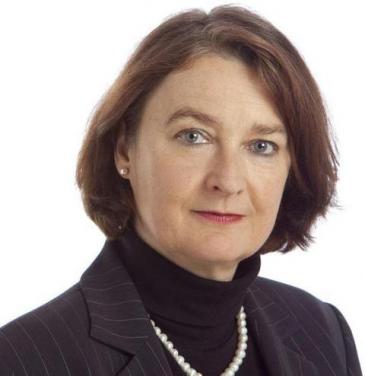 In her introduction to this anthology, Larissa Bender writes that her aim in publishing the book was to "show, from the Syrian perspective, how people experience the destruction of their homeland." This book is not yet available in English

But on what grounds do we not hear from those who are critical of the "revolution", as the conflict is mostly called in the book? What about the Druze, who fear the spread of a radical Sunni Islam? What about middle class Syrians, who pin their hopes on a semblance of stability with Assad? What about the Alawites, who are scared of collective punishment should Assad lose his grip on power?

Denying them a say on the grounds that they do not openly reject the rule of a war criminal is moralistic. Those who want to listen to "the people of Syria" and take their fears and concerns seriously, should also listen to those who do not have as clear a position as the authors in this volume. This also in light of the fact that many of them live among us in Germany, even if their voices are rarely heard here. It is not only secular and oppositional Syrians who have fled abroad.

Nevertheless, "Inside Views from Syria" provides a very worthwhile insight into life inside war-torn Syria. The contributions, most of which have been translated with great care by Bender herself, go far beyond the violence, the killing and the political debate about the conflict. They show the human aspect and describe everyday life in a conflict where humanity has become a foreign word for the main conflict parties.

Germany’s electorate includes some 7.4 million citizens with international roots, while many more millions of residents from abroad aren’t allowed to vote. Both groups are often ... END_OF_DOCUMENT_TOKEN_TO_BE_REPLACED

"The people aren’t ready for democracy" has been the constitutional basis for Arab tyranny, its favourite slogan and its sacred narrative for more than a century. Yet, asks Khaled ... END_OF_DOCUMENT_TOKEN_TO_BE_REPLACED

Two decades after the attacks of 11 September 2001, the West faces the shattered debris of its failure – not only in Afghanistan, but also in Iraq, Syria, Libya and Yemen. What ... END_OF_DOCUMENT_TOKEN_TO_BE_REPLACED

They have lost everything; they are deeply traumatised – and yet they refuse to give up hope. In “The Beekeeper of Aleppo“, bestselling author Christy Lefteri focuses on the ... END_OF_DOCUMENT_TOKEN_TO_BE_REPLACED

The disappearance of Razan Zeitouneh and her colleagues has been one of the greatest mysteries of the Syrian war – until today. DW's investigative unit hunted clues across six ... END_OF_DOCUMENT_TOKEN_TO_BE_REPLACED

How can the various realities of Kurdish life, shaped by depression, resistance and war, be depicted in art? This is the question addressed by the “bê welat – the unexpected ... END_OF_DOCUMENT_TOKEN_TO_BE_REPLACED
Author:
﻿ Jannis Hagmann
Date:
Mail:
Send via mail

END_OF_DOCUMENT_TOKEN_TO_BE_REPLACED
Social media
and networks
Subscribe to our
newsletter