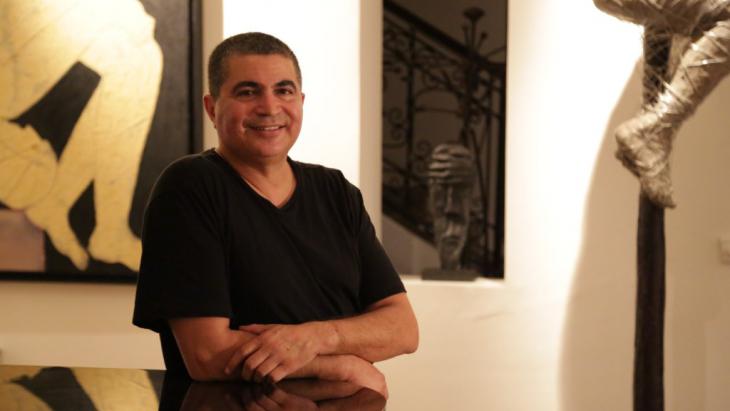 Mahi Binebine′s new novel "Le Seigneur vous le rendra" offers a great deal at once: insights into the life of a street child, a coming-of-age story – and a metaphor for Morocco after the Arabellion: By Claudia Kramatschek

For some it is ethnic entertainment, for others it′s a way to make a living – vying for attention and audiences on the legendary Jemaa el Fnaa marketplace in Marrakesh as dancers, magicians and acrobats.

Nobel laureate Elias Canetti dived into this confusingly strange and yet compelling world in his 1968 book "The Voices of Marrakesh". And now the Moroccan painter and writer Mahi Binebine – having returned to his native city of Marrakesh in 2002 after many years in Paris – pays tribute to the beggars and artistes of Jemaa el Fnaa.

His most recent novel "Le Seigneur vous le rendra" tells the story of a child named Mimun, literally born as "a genius in the art of begging". One look into his eyes and the midwife renounces her fee.

The bitter fate of street children – packaged in lyricism 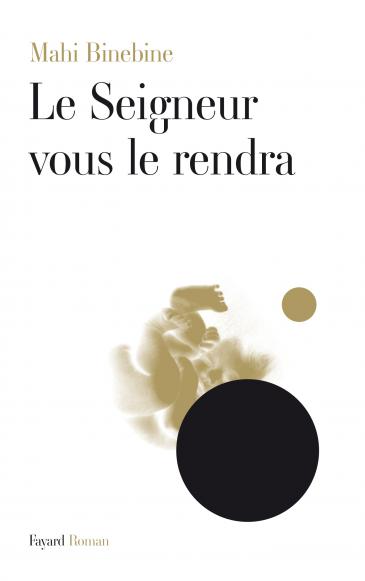 For his family, Mimun is a gift from God. His father died prematurely and his mother has to feed her six children alone. That changes when Mimun is born – from that day on, he is destined to melt hearts on Jemaa el Fnaa, first as a baby, then as a deformed young man.

What appears on the first pages as a fairytale story about the world of street performers and beggars soon turns out to be a novel paying homage to the bitter fate of street children in a dense symbolic style, never masking the dark sides of their lives.

Readers familiar with Binebine′s novel "Horses of God" about a group of young suicide attackers may well be surprised at first by the lyricism that suffuses his new book.

And yet in "Le Seigneur vous le rendra", Binebine continues where he left off: giving a voice to the children of the streets – but not rendering them as victims or declaring them merely pitiable creatures. Of course Mimun′s fate in life is terribly sad.

His mother lends him to a beggar woman as a baby – and prevents him from growing by tightly bandaging his limbs at the age of three, so as to keep the alms flowing in.

Mimun becomes a cripple and from this point on earns his living by putting his misshapen body on show. In other words, he satisfies people′s inhuman lust for monstrous spectacle.

To live is to fight

He also has to defend his position against his competitors with all his might. Mahi Binebine shows us that the only law that holds in this world is that of survival of the fittest – to live is nothing but to fight. Interspersed as if incidentally, other characters′ life stories reveal similar tales, devoid of pathos and yet still powerful. One of Mimun′s brothers is raped, while another takes revenge and ends up in prison.

Then there is Hadda, once a beautiful and coveted dancer, who loses her son through her colleagues′ malevolence and goes insane. There is Doctor Hassun, a retired nurse who spends his meagre funds on helping the poor abandoned by the state.

Yet at least Mimun′s fate changes when one of his brothers introduces him to a man who takes pity on him. Monsieur Salvadore, a retired professor, teaches him to read and write and shows him the world of literature. That world becomes a counterweight and an antidote to real life – and is both a release from his own family and an estrangement from it. For the first time, Mimun stands up to his older brothers; for the first time he feels a stirring of belief in the possibility that fate holds greater things in store for him.

A hero who loses everything – and yet gains something

And in fact, Binebine does twist the wheel of fate once more and Mimun ends up accompanying a vivacious snake woman to Casablanca, leaving his relatives behind him and building a new life for himself.

Yet Binebine – mingling Greek tragedy and fantastic storytelling without a hint of inhibition – grants neither his hero nor us a simple happy ending. In Mimun′s life too, fate ultimately conspires to "steal his dreams and crush him like an insect". Mimun is to lose everything – and yet also gain something. In the end, after a long twenty years, he returns to his native city of Marrakesh to finally be reconciled with his mother and thereby with the world of his origins.

"Le Seigneur vous le rendra" is thus a novel of personal development, the story of a coming-of-age – and at the same time can be read as a metaphor for the whole of Morocco, a country that let itself be treated as a puppet for all too long, then liberated itself and now has to seek to reconcile itself with its own history.

It is this interpretation that lends the novel its actual strength, as a book that tells us that education and art can be of help in that search, as a bridge. Mahi Binebine knows that much from his own experience. After his novel "Horses of God" was adapted into a movie, he considered how best to help the street children he had brought in as actors. He decided to open a cultural centre to challenge the Islamists also operating in the field and to open up a new world for the children and young people, offering them new horizons.

That hard work is now bearing fruit; some 1000 children attend the centre in the Sidi Moumen area of Casablanca alone, followed by more centres in other Moroccan cities. "Le Seigneur vous le rendra" is thus a declaration of the author′s love for the poor and disenfranchised of his country – and a call to his fellow Moroccans to finally face the challenges of providing a perspective for these poorest of the poor.

Algeria's decision to unilaterally sever diplomatic ties with Morocco in August 2021 – days after the presidency announced in a statement their relations would be reviewed – was ... END_OF_DOCUMENT_TOKEN_TO_BE_REPLACED

Madrid's about-face on the Western Sahara conflict has enraged Algeria. Trade relations have been frozen unilaterally and a cut in gas supplies to Europe could be in the pipeline ... END_OF_DOCUMENT_TOKEN_TO_BE_REPLACED

Sultana Khaya, 41, has been peacefully resisting the Moroccan occupation of Western Sahara for many years. Because of her campaign to assert the self-determination of the Sahrawi ... END_OF_DOCUMENT_TOKEN_TO_BE_REPLACED

Since Spain abandoned its traditional neutrality towards the conflict in Western Sahara, Morocco has announced a "new phase" in relations between the two countries. But what is ... END_OF_DOCUMENT_TOKEN_TO_BE_REPLACED

Russia's ranking on the World Press Freedom Index has fallen again over the Kremlin's wartime censorship of the Ukraine conflict. From Myanmar to Mexico, journalists continue to ... END_OF_DOCUMENT_TOKEN_TO_BE_REPLACED

For over fifty years, British photographer Peter Sanders travelled across the Middle East and further afield, seeking out the saints of Islam. His work uncovers a little-known ... END_OF_DOCUMENT_TOKEN_TO_BE_REPLACED
Author:
Claudia Kramatschek
Date:
Mail:
Send via mail

END_OF_DOCUMENT_TOKEN_TO_BE_REPLACED
Social media
and networks
Subscribe to our
newsletter