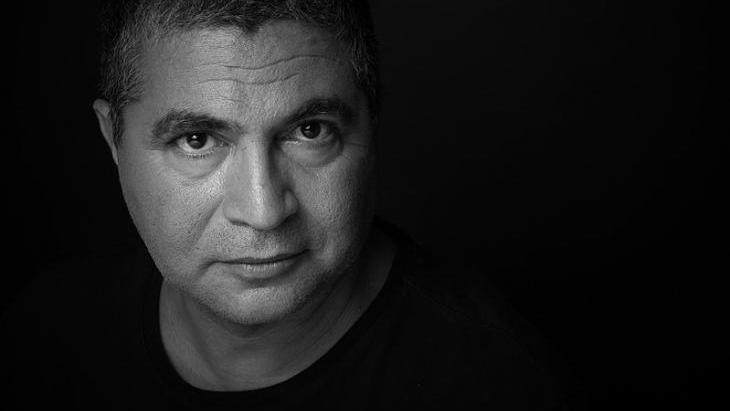 Mahi Binebine's father spent 35 years at the court of the Moroccan King Hassan II, not as a diplomat or a minister, but as the king's jester. Although the storyline sounds like something straight out of the Arabian Nights, it is in fact based on real events. By Volker Kaminski

Muhammad is right at the top of the pecking order at the court of King Hassan II. Jester he may be, but this is no harmless joker. Instead, he is an intellectual observer equipped with the "extraordinary ability to declaim seemingly endless poems without the slightest pause or hesitation". What is more, he is a "private scholar" who enjoys the king's trust.

The fact that he puts his life in the king's hands, subordinates his own family, wife and children, to the excitement and ado of court ceremony and learns to deal with 1,001 ruses and intrigues in order to survive in the shark-infested waters of court life came naturally to him: his father had been employed as a barber at the royal court in Marrakesh.

With wit, imagination and a veritable firework of metaphors, the first-person narrator paints a panorama of an utterly fantastical 20th-century court. The monarch himself is not spared in the slightest. Indeed the tyranny of what Binebine describes as the "dark-skinned desert Bedouin with Negroid features" is not typical fairytale king fare.

While the sword of Damocles hangs over all at court and no one is immune to the threat of falling out of favour with the king on the slightest pretext, the king's subjects are no less immune to his moods: absolute monarchy means that every political decision is entirely dependent on Hassan II and so, the consequences of a single sleepless night can paralyse the entire country. Again and again, the courtiers and the king's jester have to cheer up their master, rousing him into signing important decrees that brook no delay.

The fissure that runs through Muhammad's life at court is inextricably linked to the tragic fate of his eldest son. The jester's artfulness and talent for weaving his way deftly through all intrigues contrasts sharply with his apparent helplessness when it comes to saving his son, Abel. 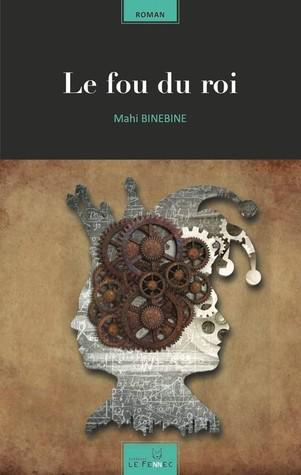 A late reconciliation with his father? With "Le Fou du roi ", Binebine has taken a closer look at one of his family's traumas. Instead of settling a score with his father, however, he puts himself in his shoes and describes – in what is referred to as an "opulent narrative stream" by the German translator – "the long years of merry imprisonment"

When Abel, who trains soldiers, inadvertently becomes involved in a bloody military coup against the king and is arrested with other rebels, his father can do nothing to save him. Quite the opposite, in fact: he has to resign his son to his fate, closes his ears to his wife's pleas, never asks his master to have mercy on his son and even disowns him publicly.

In an illuminating afterword to the German-language edition, translator Regina Keil-Sagawe provides a summary of the years of Hassan II's rule (1961–99) and explains the history of the Binebine family, to which it is linked. Many incidents in the novel are actual historical facts.

Take, for example, the "Green March" of hundreds of thousands of Moroccans to Spanish-occupied Western Sahara in 1975 or "Tazmamart", the king's secret prison where inmates were tortured and the monarch left countless "people who had fallen from the king's favour" – including the court jester's son – to "wither away in agony" in "lightless subterranean death cells".

Binebine is an astute observer of the political realities of his country. He is not only a writer, but also a successful painter whose pictures of "faceless, bound, chained, tortured figures" are on display in museums such as the Guggenheim in New York and a man not afraid to take practical action on issues affecting his country.

He has, for example, set up a number of youth centres close to Marrakesh in order to "give the unfortunate a chance", as it says in the afterword.

With this novel, Binebine has taken a closer look at one of his family's traumas. Instead of settling a score with his father, however, he puts himself in his shoes and describes – in what is referred to as an "opulent narrative stream" by the German translator – "the long years of merry imprisonment".

Above all, it is the descriptions of human deformations brought about by the enticements of power that make the novel so true to life despite all its fairytale aspects. Using lucid language and cleverly playing with the fairytale form, Binebine describes how someone can bring themselves to join what could be described as a "sect", to sign a "deal with the devil" and to give themselves over to years of idleness while the people suffer under the scourge of the king

The reader becomes immersed in the strange world of the courtiers, who fill their days with faux philosophical dialogues while awaiting the commands of the king, who spends most of the time lying depressed on his divan in the background. His personal doctors, chamberlains, seers, cooks and entertainers have whatever they want, even marriage is a matter for court and is part of the "package" when someone joins the palace staff. And yet this fairytale-like life seems empty and pointless, with the exception of the life of the court jester who – as readers will discover to their astonishment – is bound to his king by ties of real love.

The fact that Binebine does not hide this aspect and shows his own father's deep emotional bond to the monarch, thereby relieving him of some of his guilt, makes this autobiographically tinted novel a testimony to human reconciliation in a tragic family conflict.

As Pride Month draws to a close, Richard Marcus delves into Saqi Books’ latest publication, "This Arab is Queer". Edited by Elias Jahshan, this anthology of essays is remarkable ... END_OF_DOCUMENT_TOKEN_TO_BE_REPLACED

Algeria's decision to unilaterally sever diplomatic ties with Morocco in August 2021 – days after the presidency announced in a statement their relations would be reviewed – was ... END_OF_DOCUMENT_TOKEN_TO_BE_REPLACED

Madrid's about-face on the Western Sahara conflict has enraged Algeria. Trade relations have been frozen unilaterally and a cut in gas supplies to Europe could be in the pipeline ... END_OF_DOCUMENT_TOKEN_TO_BE_REPLACED

With regard to gender justice, things look bleak in the Arab world. Laws typically discriminate against women, while national legislation all too often does not comply with the ... END_OF_DOCUMENT_TOKEN_TO_BE_REPLACED

This year’s Morgenland Festival opened with the premiere of Kinan Azmeh’s musical theatre piece, “Songs for Days to Come”, based on fifteen poems by contemporary Syrian poets. ... END_OF_DOCUMENT_TOKEN_TO_BE_REPLACED

A ceasefire has been in effect in Libya for the past year and a half. Yet after Russia's attack on Ukraine, another proxy war looms in Africa's most oil-rich country. Mirco ... END_OF_DOCUMENT_TOKEN_TO_BE_REPLACED
Author:
Volker Kaminski
Date:
Mail:
Send via mail

END_OF_DOCUMENT_TOKEN_TO_BE_REPLACED
Social media
and networks
Subscribe to our
newsletter