Mansoura Ez Eldin’s novel "Shadow Spectres"  reminded me of a very common experience that each of us will be familiar with: the moment of waking up in a dark room. At first, except for darkness, we discern almost nothing, until suddenly, out of shape, outlines of certain forms begin to appear.

These forms emerge from the dark, obscure, disfigured, and often in such a state of perceptual consciousness that we take them to be something quite different, owing to the miminal amount of the light they absorb. Such chimaeras, born out of the play of light and dark, lightness and shadow, are found in the evaporation zone of form and matter in Mansoura Ez Eldin’s novel.

The novel is "a very complicated story" (phrase taken from the title of one of the chapters), which begins and ends with the conversation of two characters, two artists, on a bench in front of the Kafka Museum in Prague. That conversation becomes the "trigger" for numerous reminiscences, spectra of colours, sounds, fragrances, new stories and narrative sub-plots, raising issues of artistic creativity and outlining the unfinished intellectual portrait of the artist – more precisely, the portrait of the (woman) writer.

Along the porous boundary between dream and reality

"I'm writing because I seek to become whole, "says one of the female characters. Shakespeare's formula from A Midsummer Night's Dream is applied in the novel: the writer's pen gives shape to the unknown things by naming them, that is, "the airy nothing", or "the essence of the empty" (Lao Tzu’s void), places in the appropriate aesthetic form.

In the novel, the aesthetic form is defined through the relation of light and shade, the porous boundary between dream and reality, fiction and faction. As a result there are no clear contours, since the form takes on a certain amount of light and thus defines itself. This is how the subject "grasps" reality. 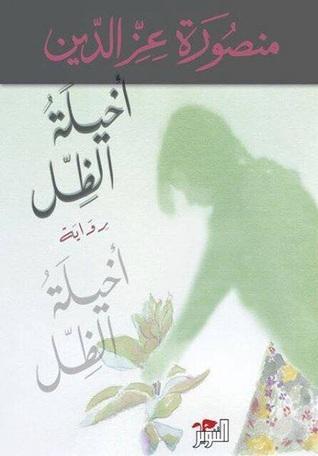 Labyrinthine, diffusely fantastic novel structure: Mansoura Ez-Eldin's novel takes place in the grey area between form and content. It is a playful, experimental book, but one that stands apart from other avant-garde and post-modern texts

Ez Eldin's playful, experimental book draws on a long line of avant-garde and postmodernist texts. It certainly represents a real gem for narratologists. Even though the book has been specified as belonging to the novel genre, it is possible to read it as a collection of stories using distinctive language of poetic prose. The narrator introduces us to the narrative – "making a pact" with the reader – and dramatically introduces us to space, events, but also to the consciousness of the various characters through the technique of free indirect speech.

Art becomes a gateway to a new dimension of reality: in this play of shadows, different spectra of reality are revealed – between the states of wakefulness and dreaming. Literature lists the layers of reality and reveals its deeper hidden and silenced structures, as Ez Eldin notes in her interviews. This is what this novel is really about.

My reasons for initially comparing the novel to a common experience may be attributed not only to my own personal response to Ez Eldin's writing, but also to the noticeable intertwining of the narratives in dreamy, mythical and anthropological spaces, dreams that have the value of an embedded narrative or even attain mythological status.

The boundary between dream space and reality in the novel remains undefined, just as there is no clear contour between lightness and shadow. An embedded story in the process of being written, for example, is interrupted by the memory or associations of the one writing and thus flows into another narrative. The boundary between the real and the unreal is set exactly as it really is – indistinguishable.

But this seems to be precisely the hallmark of the relationship between art and life: does it really matter if something is real or not, if its value is set as real? For this reason, "Shadow Spectres" is essentially a novel about the genesis and anatomy of writing and reading. This delicate boundary between the imaginary and the real directly determines the structure of the novel and vice versa. It is therefore important to refer to the structure of the novel in the context of narratology.

The storytelling relay meanders through the narrative, and we are no longer able to determine who exactly the narrative voice is, who precisely is writing and/or reading. "I often feel that I am not a woman of blood and flesh, but a thought that has occurred to some woman writer, "says Ez Eldin’s character. Indeed, this paradox of the narrative status turns the narrative into a metanarrative, and the very novel into a novel about a novel.

If I had to come up with a metaphor for the formal structure of the novel, it would most likely be the symbol of infinity or better still a Moebius strip. Like the Moebius strip, "Shadow Spectres" represents a kind of unorientable space where physical space flows into the psychic, and vice versa: memory is poured into a dream; the dream is sometimes mistaken for a memory; the narrator becomes a narrative figure, and the character becomes a thought that has occurred to the writer’s mind – a woman dreaming of being a rose, or a rose dreaming of being a woman. It is the space where being exists through its own negation – shadow resulting from light, cosmos resulting from chaos. 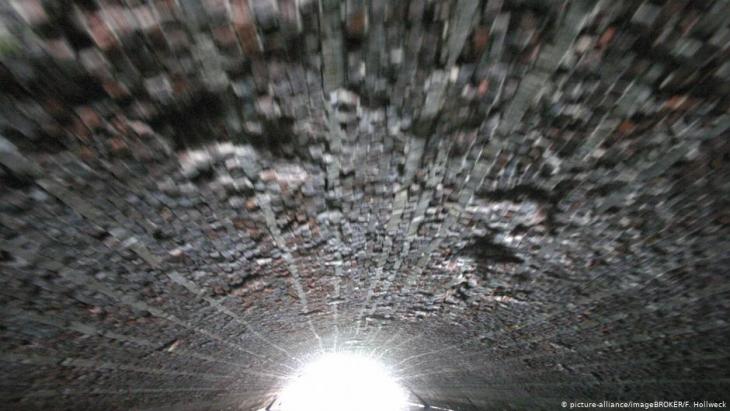 Literary enigma: "the aesthetic form of the novel is defined through the relation of light and shade, the porous boundary between dream and reality, fiction and fact. As a result there are no clear contours, since the form takes on a certain amount of light and thus defines itself. This is how the subject 'grasps' reality," writes Marija M. Bulatovic

Reminiscent of Alice in Wonderland, the novel has a labyrinthine structure. As if entering the rabbit hole, the reader jumps into the well of the writer’s mind, and through the looking glass. On the other side of reality, the hero of the story becomes the author or the storyteller gets "trapped" in the imaginary texture.

The novel is also intertextually rich, however, referring not only to Lewis Carroll and his Alice, but also to Kafka – mostly on the subject of metamorphosis and Protean identity, which could certainly be widely discussed as an autonomous topic.

Totality of the narrative self

The novel's style is unique – literary impressionism a la Proust, with a phenomenological view of the world as being a spectrum of colours, sounds, music, smells, tastes. The bittersweet taste of Schweppes, the turquoise colour of the sky, the smell of lemon or oleander are just some of the leitmotifs which "trigger" the flavoured stream of memories: through perception and sensations that recall times past.

This literary impressionism – tokens of the past, sensory impressions – is a technique of reviving memories and lost experiences, in turn transformed by the knowledge of one who still remembers. These are truly fragments of experience – parts that are sought in order to fulfill the fantasy of wholeness, the totality of the narrative self.

To conclude, in this cacophonic limbo of mixed voices, I would like to introduce the notion of Ibn-Manzur’s book ark. The Mediaeval Arabic lexicographer Ibn-Manzur once compared his dictionary to Noah's ark, conjuring up the image of a book ship cutting the waves, colliding with words, words striking against one another, where meanings are mixed and released and new spaces occur, or conversely, a book ship that immerses both its characters and readers, devouring the words, which then float on the water like bodies, once their meaning is spent.

The past enthusiasm of the Egyptians lives on in the Iraqis of today. But just as they were nine years ago in Cairo, current prospects in Baghdad are dim. A comparison by Birgit ... END_OF_DOCUMENT_TOKEN_TO_BE_REPLACED

Insults directed against Egyptian President Abdul Fattah al-Sisi have been particularly prominent among the hundreds of chants by Arab protestors in Algeria, Sudan, Iraq and ... END_OF_DOCUMENT_TOKEN_TO_BE_REPLACED

Political analyst Taqadum al-Khatib argues that Egypt can, in co-ordination with its European partners, develop a common vision to solve the complex conflict in Libya. For this to ... END_OF_DOCUMENT_TOKEN_TO_BE_REPLACED

The upheavals of the past year in the MENA region are arguably as momentous as those of the Arab Spring in 2011. Yet perhaps the biggest difference is that our interest seems to ... END_OF_DOCUMENT_TOKEN_TO_BE_REPLACED

In 2019, the long-running Penguin Classics series released its first novel translated from Arabic: Tawfiq al-Hakim’s "Return of the Spirit", conveyed into English by William ... END_OF_DOCUMENT_TOKEN_TO_BE_REPLACED

Equality in divorce, a ban on polygamy: reformers of Islamic family law have a clear agenda. They are exploiting the ambiguity of traditional jurisprudence. By Joseph Croitoru END_OF_DOCUMENT_TOKEN_TO_BE_REPLACED
Author:
Marija M. Bulatović
Date:
Mail:
Send via mail

END_OF_DOCUMENT_TOKEN_TO_BE_REPLACED
Social media
and networks
Subscribe to our
newsletter