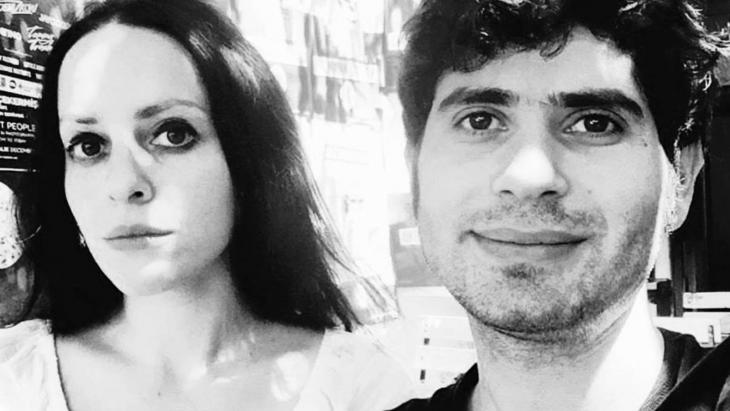 Waves of post-2011 Syrian literature have been washing up on English-language shores, both written in English and in translation. The books range from works like Samar Yazbek’s in-the-trenches memoirs (Woman in the Crossfire, The Crossing) to Hamid Suleiman’s more light-hearted graphic novel, Freedom Hospital. Most of these are not merely for our aesthetic pleasure, but are attempts to intervene directly in world events. Yet, because the Syrian war is ongoing, many already feel dated.

Syrian journalist Marwan Hisham’s Brothers of the Gun, which also features illustrations by U.S. author-artist Molly Crabapple, is a different sort of read. The Raqqa of 2010, through the narrator’s gaze, is a cultural backwater lucky to have one decent cafe. It changes from a city that vents its anger on protesters in 2011 to one that embraces them. For a moment, Raqqa enjoys "that brief daylight between the regime and the Islamic State," and then it’s taken over by IS and made into the capital of its short-lived, repressive rule. The author himself goes from being a teenager who scorns his hometown to a young man unable to leave it.

The book makes a vivid companion to Dunya Mikhail’s The Beekeeper (2018), translated by Mikhail and Max Weiss, which tells the story of women kidnapped by IS. These women were bought and sold as sex slaves, sometimes taken from Iraq to the markets in Raqqa, Syria. Mikhail’s book tells the stories of the women. In Hisham’s book, the women largely disappear after IS takes over and we hear the stories of the men. However, when the sex slaves of IS do make an appearance, the author, who has been through years of war, has trouble grasping the situation.

For the most part, Brothers of the Gun unfolds chronologically. It begins when Hisham is a young boy: "When I was nine years old, I thought Hafez al-Assad was the president of the entire world." 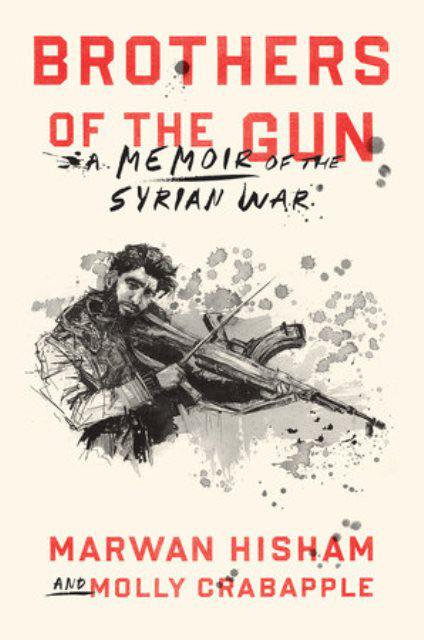 Cultural backwater to IS stronghold: in 2010, Raqqa, according to Hisham, was lucky to have one decent cafe. Then for a moment in 2011, writes Hisham, Raqqa enjoyed "that brief daylight between the regime and the Islamic State", only to be taken over by IS. Hisham went from being a teenager who scorned his hometown to a young man unable to leave

Although the Raqqa of Hisham’s childhood was hardly idyllic, it looks heavenly compared to the mouldy religious boarding school where he is sent by his observant father.

The food is terrible, the teachers are bored and student enthusiasm seems to make them suspicious.

At one point, Hisham asks his Arabic teacher why they can’t read the translation of Merchant of Venice in class and his teacher responds by having the play pulled from the school library.

Between the school’s dry and programmatic religious instruction to the angry violence of nationalism class, the author was grateful to escape back home in the summers.

Hisham does a beautiful job of depicting the barriers that grow up between them as Nael starts to run with a hip arts crowd and the author feels left behind.

Both the author and Nael are in Raqqa for protests in the summer of 2011, but there is a distance between them. Nael, the author snarks, went to "buy a pair of sneakers that he said would help him run away from the cops but whose true purpose was to make him look like a dangerously cool protester."

In keeping with his dangerous coolness, Nael joins one of the early, independent rebel groups. In the early days of the Syrian uprising, Brothers of the Gun portrays a shifting mix of groups, noting that the moniker "Free Syrian Army" was "more of a brand name" than a centralised command structure.

The author doesn’t join. But he doesn’t flee with his family, either. For a while, he works as a subsistence farmer. After the takeover of IS, when Internet access is limited, he manages an Internet cafe that’s swarmed by IS fighters. In the end, he becomes an accidental journalist because, as he says, he’s the only person tweeting from Raqqa in English.

From backwater to capital and back again

Once the capital of the Abbasid caliphate, the Raqqa of the twenty-first century is – in Brothers of the Gun – a hopeless conservative backwater. The author’s family is largely conservative and working-class, although his uncle was an artist. And in 2010, his uncle began work on a cafe that would bring together traditional and contemporary Syrian arts.

The cafe, Hisham writes, was finally ready in 2012. Here, Crabapple’s illustrations are particularly effective. We turn a page and come across this cafe of dreams, with swooping domes and fountains, flowering plants and beautiful outdoor seating.

Yet, the author writes, "the timing could hardly have been worse." It’s not long before the cafe’s stained-glass windows are shattered by falling bombs. In January 2013, the leader of a local rebel group demands a bribe and Hisham’s uncle flees to Turkey, then Greece.

During the first protests, Hisham says, people cursed the protesters as rebellious children. For Hisham’s part, this wasn’t entirely off the mark. His anger at the state and his anger at his conservative community were intertwined. When describing his participation in early protests, he writes: "In the name of ʹfuck itʹ, I was unleashed."

Things changed for the city of Raqqa after the killing of young Ali al-Babinsi. Suddenly, the whole city gathered to protest. When the regime strikes back, a host of different groups assemble to fight them. While the city is being bombed, the author cocoons inside his home, where he "knew as little as a Western analyst." He woke up and the city belonged to IS.

As more countries became involved in the war, Hisham writes, "Syrians were excluded from speaking parts." Although Hisham’s nephew and a neighbour both join IS camps for a while, he portrays the Islamic State as a mostly foreign force: "These guys were born in Europe from European families and none of them, I could safely say, had ever heard of Raqqa before 2013."

Because of his English-language tweets, Hisham first makes a connection with Crabapple and then begins reporting for Western media outlets. At one point, while reporting in Aleppo, a man scorns what the author is doing. "Do you think your photos are going to make a difference?" the man asks.

For a moment, Hisham seems taken aback. But then he says no, he doesn’t know if his works and images will make any difference. Whatʹs important in the end, he writes, is "immortal art and immortal words." While immortal may be a stretch, Brothers of the Gun certainly rises above the particular and will be worth reading for years to come.

In the age of corona, Ankara's regional power strategy is twofold: on the one hand, Turkey is engaged in a charm offensive to revamp its political image, which has suffered lately ... END_OF_DOCUMENT_TOKEN_TO_BE_REPLACED

From Syrian war crimes to U.S. hypocrisy in the Julian Assange case, the global "erosion of human rights standards" is of critical concern, UN Special Rapporteur on Torture Nils ... END_OF_DOCUMENT_TOKEN_TO_BE_REPLACED

A heated debate is raging in the Islamic world about whether the religious and political spheres in Islam are one and the same. Before this matter can be settled, the terms " ... END_OF_DOCUMENT_TOKEN_TO_BE_REPLACED

Brutal sexualised violence is widespread in Syrian prisons – and yet the subject receives little attention. Human rights activists are trying to achieve justice for thousands of ... END_OF_DOCUMENT_TOKEN_TO_BE_REPLACED

An increasing number of Islamic State returnees are standing trial in Germany, including female supporters of the terror group. To make their case, federal prosecutors are relying ... END_OF_DOCUMENT_TOKEN_TO_BE_REPLACED

END_OF_DOCUMENT_TOKEN_TO_BE_REPLACED
Social media
and networks
Subscribe to our
newsletter