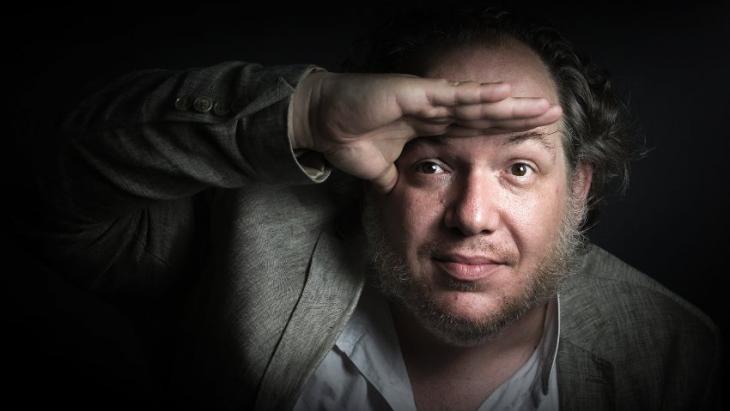 Book review: Mathias Enard′s ″Boussole″
In love with the Orient

Mathias Enard has written a magnificent novel about Europe’s fascination with the Orient. Awarded France’s prestigious Prix Goncourt, the multi-layered and astounding book is the story of a great unfulfilled love, but above all a plea for cultural dialogue. Ulrich von Schwerin read the book

In one of the most gorgeous passages in this fascinating, confusingly complex novel, Franz Ritter, a specialist on the influence of Oriental music on European classical composers plagued by memories and an unnamed illness, paces his Vienna apartment on a sleepless night, remembering his days as a student in Damascus and a trip to Palmyra, then still a peaceful oasis in the Syrian desert.

The narrator beds down by a campfire outside the citadel above the ruins of the ancient Roman town, along with the adored but forever unreachable Sarah, a half-crazed German archaeologist and a French historian, who keeps his friends occupied in the freezing hours before sunrise by telling them about the murderous French adventuress Marga d'Andurain, who ran Palmyra’s Hotel Zenobie.

Named after the third-century queen, the hotel boasted a fabulous view of the Baal temple, now destroyed by jihadists. Yet Andurain was bored in 1930s Palmyra and came up with a plan to go to Mecca, requiring a token marriage to a Bedouin who, however, was poisoned shortly after they arrived in the port town of Jeddah, whereupon Andurain narrowly avoided the death penalty...

Drawn to the East 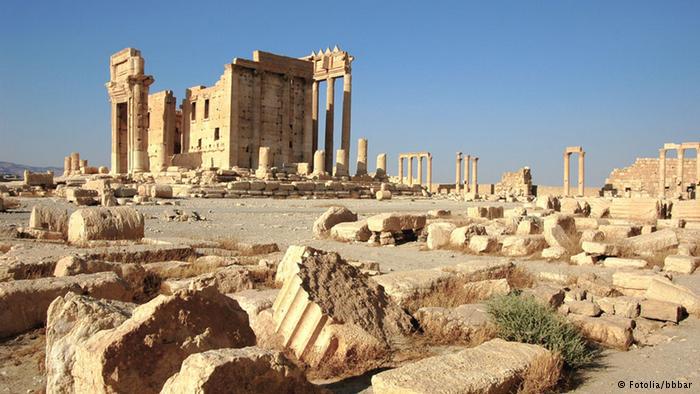 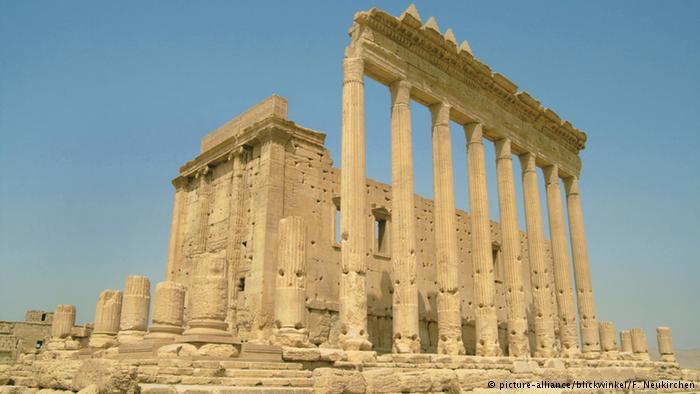 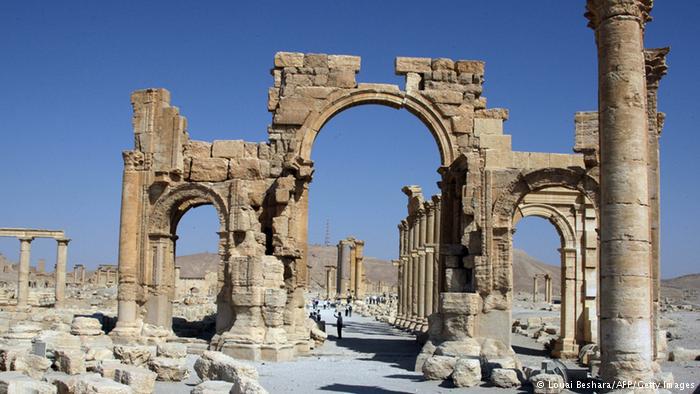 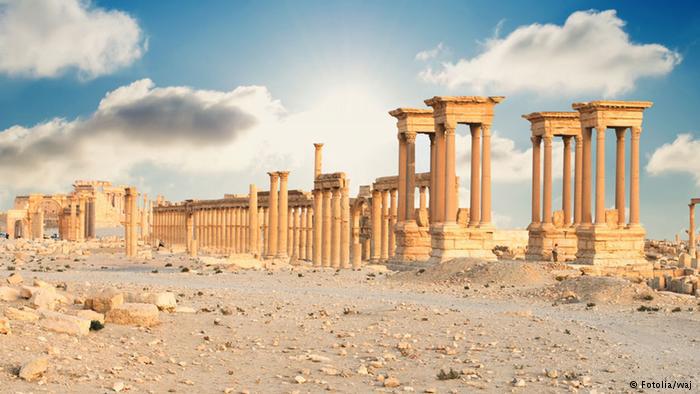 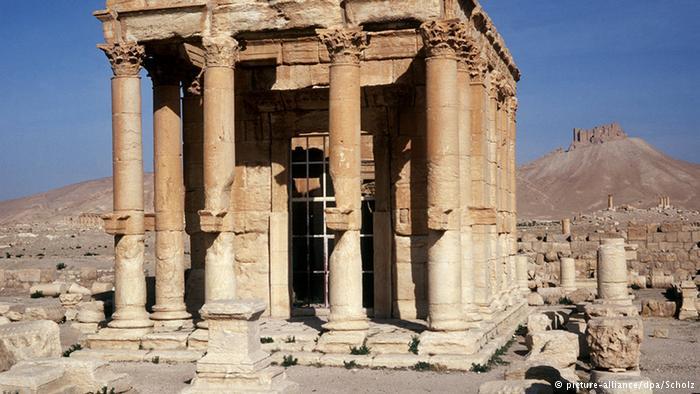 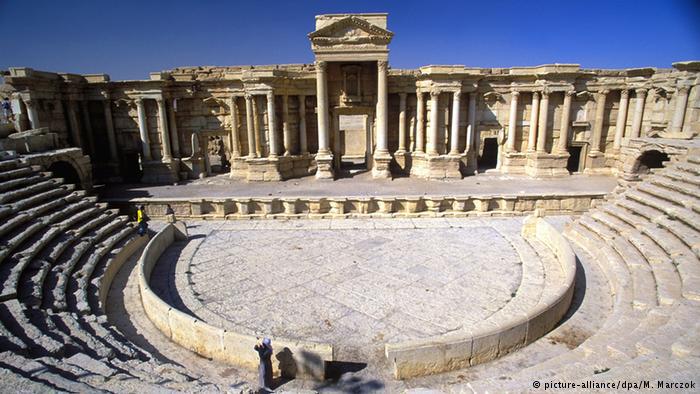 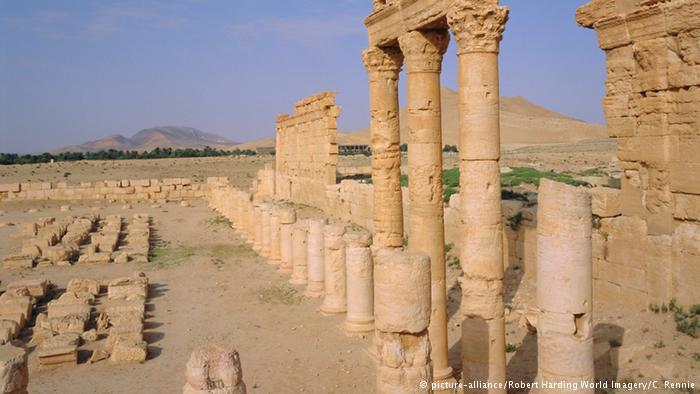 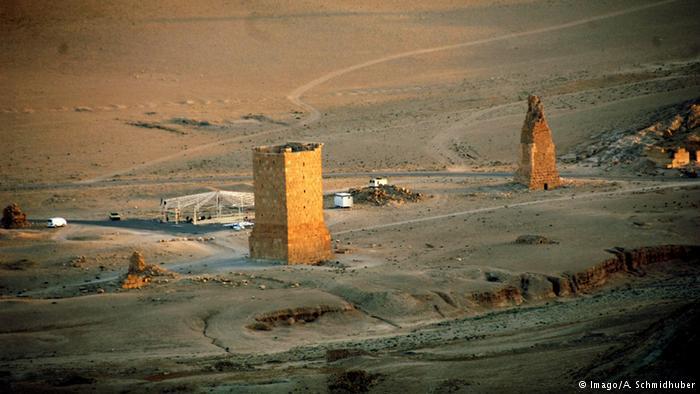 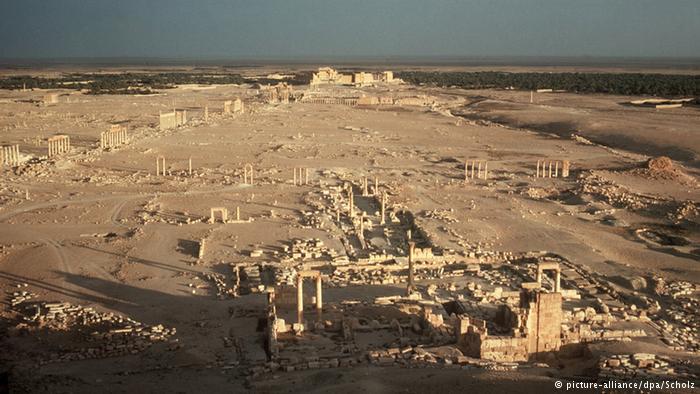 Enard’s novel is a bottomless treasure chest of stories about European adventurers, archaeologists and explorers such as Annemarie Schwarzenbach and Gertrude Bell, who succumbed to the fascination of the Orient – a fascination that, Enard shows, led to a rich cultural dialogue over the past centuries, finding its way into European literature, art and not least music.

Like Goethe, who wrote his encounters with Oriental literature into his ″West-Eastern Diwan″, numerous other European writers, composers and painters were inspired by the cultural heritage of Turkey, the Levant and Arabia, taking stories, sounds and motifs and adapting and integrating them, whereupon other artists picked them up without knowing the countries and their cultures themselves.

Enard’s narrator Franz Ritter tells many tales of the influences of Oriental rhythms and melodies on the works of Liszt, Berlioz, Mozart and Beethoven – influences now known only to experts, no doubt. The novel points out that it is to this Orient, now the apparent epitome of the Other for so many in the West, that Europe owes many of its most beautiful works of art, regarded today as the epitome of European culture.

So near and yet so far

Enard reminds us of how close the Orient is to Europeans, yet also how alien it has remained to them – a place that fascinated, inspired and attracted countless European adventurers, artists and geniuses, but simultaneously escaped their grasp and remained a symbol of the Other, an object of desires and projections that often reflected primarily the Europeans themselves. 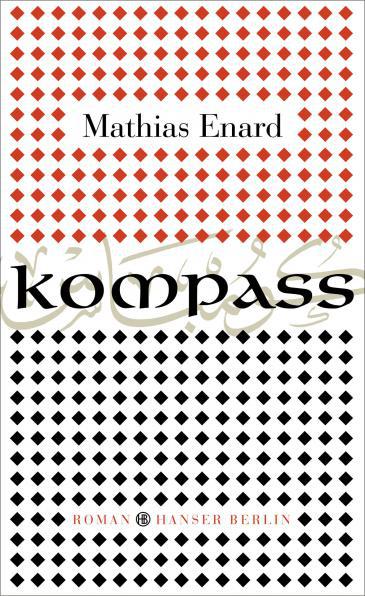 Enard’s novel is a bottomless treasure chest of stories about European adventurers, archaeologists and explorers such as Annemarie Schwarzenbach and Gertrude Bell, who succumbed to the fascination of the Orient – a fascination that, Enard shows, led to a rich cultural dialogue over the past centuries, finding its way into European literature, art and not least music

Mathias Enard has hit a nerve in France with this subject. The French have been examining the West’s relationship with the countries of the Islamic world more than ever since the Islamist attack on the satirical magazine "Charlie Hebdo" in January 2015.

France’s most prestigious literary award, the Prix Goncourt, captured that mood last autumn, with three of the nominated books looking at Europe’s view of the Orient.

The four shortlisted titles also included Hédi Kaddour’s "Les Préponderants", an elegantly narrated and pointed novel about the rise of nationalism in Morocco during the French colonial period. Yet it was Enard who eventually won the prize – awarded last November a week before the Islamist attacks on the Bataclan and several cafes and restaurants in Paris – for his novel "Boussole" ("Compass").

Born in 1972 and known to date mainly for his novel "Zone", Enard has long been one of France’s most interesting writers. His books have often addressed Europe’s conflict-laden relations with North Africa and the Middle East. And he knows his stuff: Enard studied Persian and Arabic and spent many years in Beirut, Damascus and Teheran before taking a job as an Arabic lecturer in Barcelona.

In search of a ruined castle

So we can safely assume that Enard knows the Hotel Baron in Aleppo, where once the melancholy Annemarie Schwarzenbach wrote to Klaus Mann and where Franz Ritter summons up all his courage to knock at the door of his beloved Sarah one night, just as Enard must know the Syrian desert where the narrator gets lost with Sarah and the half-crazed German archaeologist in search of a ruined castle – places now impossible to visit.

We can also assume that Enard is familiar with the garden of the French research institute in Tehran where the ageing institute head – under the influence of excessive amounts of Armenian vodka – tells the incensed narrator and Sarah how he betrayed a young colleague enthusiastic about the Islamic Revolution in 1979, so as to get the man’s Iranian fiancee into bed before he lost her to the new regime’s executioners.

Enard is not only a fine authority on the region who knows his settings in Istanbul, Aleppo and Vienna first hand, but also a scholar with an astounding and sheer inexhaustible knowledge of history, music, art and literature. Having read hundreds of books, as he says, the writer scatters that learning into his novel in the form of anecdotes and even scholarly articles.

Such a heavy load of knowledge might break a novel’s back, were it not for the way Enard cleverly keeps drawing the reader back to Franz Ritter’s Vienna and his memories of beautiful, brilliant Sarah, his great love followed across decades and continents. That love, however, remains unfulfilled up to the last few pages of the novel – at which point one is tempted to start reading it all over again.

Home
Print
Newsletter
More on this topic
Gertrude Bell: Queen of the desertGoethe and the Orient: Why did the poet's mind wander to far-off climes?Historical travelogues by women: Lugging a piano to KhartoumQantara dossier: Travel
Related Topics
Antiquities and historical monuments, Dialogue of Cultures | Intercultural Dialogue, History of Islam, Islam and the West, Literature, Places of Dialogue, Travel, Travels in the Orient
All Topics

Research project "The Global Qur'an", brainchild of Professor of Islamic Studies Johanna Pink and sponsored by the European Research Council, analyses the history and ... END_OF_DOCUMENT_TOKEN_TO_BE_REPLACED

As the Western world emerges from a holiday season made less festive by COVID-19, millions of children in Afghanistan are starting 2022 facing the prospect of famine, illness, and ... END_OF_DOCUMENT_TOKEN_TO_BE_REPLACED

A wedding extravaganza of bright colours, flowers, feasting and dancing, yet the bride, Nefie Eminkova, who comes from Bulgaria's Pomak – Muslim – minority, can see none of it. ... END_OF_DOCUMENT_TOKEN_TO_BE_REPLACED

Every year in December, the team at Qantara.de takes a look back at the articles that proved most popular with our readers. This year is no different. Here is a run-down of the ... END_OF_DOCUMENT_TOKEN_TO_BE_REPLACED

Jesus – Issa in Arabic – doesn’t merely enjoy the highest place among the prophets in the Koran. He is also revered in Islam’s mystical tradition for his message of love and mercy ... END_OF_DOCUMENT_TOKEN_TO_BE_REPLACED

The military in Sudan has never waged war against a neighbour, but it has already staged 17 coups. Tens of thousands of people are risking their lives to oust the military by ... END_OF_DOCUMENT_TOKEN_TO_BE_REPLACED
Author:
Ulrich von Schwerin
Date:
Mail:
Send via mail

END_OF_DOCUMENT_TOKEN_TO_BE_REPLACED
Social media
and networks
Subscribe to our
newsletter