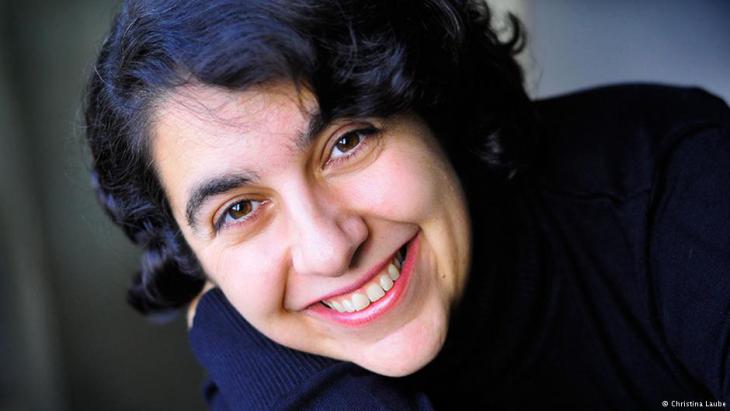 A million butterflies in my head

In her book for young adults "33 Bogen und ein Teehaus" [33 Arches and a Teahouse], Mehrnousch Zaeri-Esfahani tells the story of her life from ages five to eleven: the beauty of her native city of Isfahan, her happy family life, the torture of living under dictatorship in Iran, and her family's flight to Germany. It is a book of poetic power without a trace of sentimentality. By Thomas Linden

All of us are children of our time, which doesn't mean that the paths of our destiny will always overlap with the events that rock our society at a given moment. And so it can happen that a nuclear reactor in the Ukraine goes out of control just when a refugee child in Iran is experiencing the happiest moment of her young life in Germany.

At the beginning and the end of her autobiographical report "33 Bogen und ein Teehaus" [33 Arches and a Teahouse], Mehrnousch Zaeri-Esfahani tells of the town of Pripyat, which transformed into a ghost town after the nuclear meltdown in nearby Chernobyl. In 1986, when TV screens in Europe were flooded with images of contaminated cows and gutted industrial facilities, the incredible happened in the life of this girl: her family received a new home in Heidelberg. "At that moment, a door opened and a million multi-coloured butterflies fluttered through my head," she recalls 30 years later.

Already on the first page of her book, Mehrnouch Zaeri-Esfahani proves that she is a virtuoso storyteller. Didn't we know all the details about Chernobyl? She portrays the events as if we were seeing them for the very first time, or as if they took place in the distant past. 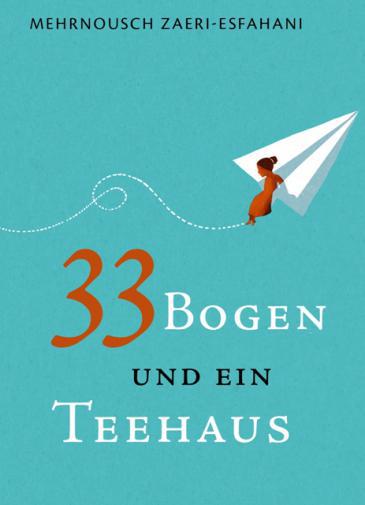 "No recent German young-adult book has such a densely woven narrative fabric, and none gives such an immediate impression of what it means to have a home," writes Thomas Linden

The Iranian author, born in Isfahan in 1974, describes an "unheard-of event," following the tradition of the German novella. Describing reality and making it sound like fiction lightens the load of the factual, it gives it a playful note and makes it negotiable.

The deserted town of Pripyat has seemingly nothing to do with the fate of an Iranian family. But the other is a mirror of oneself, and the grand catastrophe is echoed by a smaller, private one. This twist makes the narrative even more interesting, especially considering the author's choice of tone, combining friendliness with childlike earnestness.

We see the father, a well-to-do doctor, protesting the Shah regime on the streets, and his children experiencing the revolution as a big adventure. The compulsory headscarf is used to portray the reign of terror imposed by the new religious system. A dimension of murderous cynicism is revealed in the congratulatory postcards sent by the state to the mothers of fallen soldiers in the Iran-Iraq War.

Odyssee from Iran to Germany

The family flees at night to Turkey, leaving behind their beloved cats. Their odyssey takes them to East and West Berlin, then via Karlsruhe to Heidelberg.

The feeling of belonging nowhere, of being wanted nowhere, the exhaustion, the poverty, the humiliations faced by a child in school who doesn't know the language – we read all of this with bated breath, because Mehrnousch Zaeri-Esfahani tells her story without a trace of sentimentality.

The hardships of a child that is laughed at and whose soul has been cut to the quick with shame, wounds so deep they never entirely heal – scenes like this remain indelibly impressed on our minds after reading them. Of course there are people who notice things, like the teacher who recognises the child's talent. The book is by no means bitter and pessimistic.

Rather, we see the world with the wide-open eyes of a child whose curiosity is insatiable, whether in the harbor of Istanbul or the toy department of KaDeWe. Zaeri-Esfahani has an eye for others, which lends her report suspense and credibility.

No recent German young-adult book has such a densely woven narrative fabric, and none gives such an immediate impression of what it means to have a home.

German Middle East analyst Guido Steinberg and television journalist Ulrich Tilgner have both published new books on the conflicts in the Middle East. Their analyses and their ... END_OF_DOCUMENT_TOKEN_TO_BE_REPLACED

On 7 March, Switzerland became the latest European country to vote in favour of a so-called "burka" ban. It was yet another feather in the cap of the right-wing populist Swiss ... END_OF_DOCUMENT_TOKEN_TO_BE_REPLACED

Syrian-born Rafik Schami is a gifted storyteller and one of the most successful authors writing in German today. In his 50 years in exile in Germany, he has introduced the Arab ... END_OF_DOCUMENT_TOKEN_TO_BE_REPLACED

The Syrian war has moved through many phases and included a number of changing actors. But one aspect has remained constant throughout: the Assad regime is using the conflict to ... END_OF_DOCUMENT_TOKEN_TO_BE_REPLACED

It's no secret that the Baha'i community in Iran is persecuted. Now, a document has come to light that appears to show the extent to which the repression is state-sponsored. By ... END_OF_DOCUMENT_TOKEN_TO_BE_REPLACED
Author:
Thomas Linden
Date:
Mail:
Send via mail

END_OF_DOCUMENT_TOKEN_TO_BE_REPLACED
Social media
and networks
Subscribe to our
newsletter