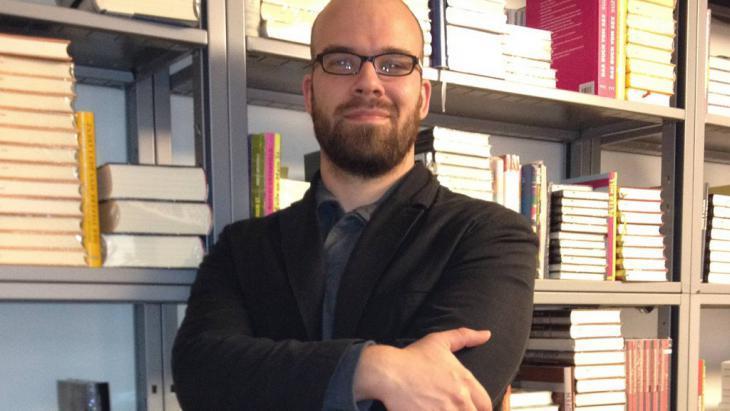 In his latest book, "Muhammad's Body: Baraka Networks and the Prophetic Assemblage", Michael Muhammad Knight delves deeply into the idea and belief that Muhammad's body has blessed people both during his lifetime and after his death. By Richard Marcus

The idea that the physical body of the Prophet Muhammad is as important to the spreading of his message as his words and deeds is a complicated – and an oddly compelling – one that echoes Christian belief as expressed in the communion of the faithful drinking Christ's blood and eating his flesh as a means of becoming one with his being.

However, these really are only echoes, for as Knight sets out in his book, Muhammad's Body: Baraka Networks and the Prophetic Assemblage published by University of North Carolina Press, there is far more to this than the almost simplistic idea expressed in communion (my words not his).

As with all of Knight's more recent books dealing with the intricacies of his chosen faith, he takes the reader on a well-researched and impeccably sourced journey. He also introduces the reader to the concept of baraka(h), something with which most non-Muslims will not be familiar.

There's no easy definition of baraka, and since it plays a key role in understanding the concepts expressed in the book – the transmission of the Prophet Muhammad's message through his body and its products – Knight is very careful in his interpretation and explanation of the term. In his introduction, he goes into great detail about the various meanings that can be applied to it.

While baraka can simplistically be translated as "blessing", it has a much more complex idea at its core. Knight lists the various definitions that have been expressed over the years by scholars and philosophers, which range from being a beneficent force of divine origin or the holy power inherent in a saintly figure that sets him/her apart from others.

If, therefore, we take it as a given that the Prophet Muhammad is a saintly figure, as befits a prophet containing a beneficent force of divine origin, we can see how anything transmitted by him to his followers would be coming from a place of holiness. The networks mentioned in the title are the Prophet's Companions, those who knew him personally and who would have come in contact with him personally and thus been recipients of his baraka, in whatever shape or form that took.

Baraka after the Prophet's death 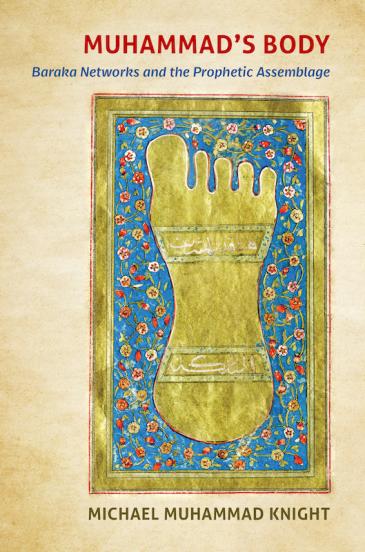 "Works like 'Muhammad's Body: Baraka Networks and the Prophetic Assemblage' give readers a deeper understanding of the complexity of Islam in particular and religious belief in general," writes Richard Marcus

However, the transmission of baraka is not limited to actual physical contact with either Muhammad or his "emissions" (sweat, blood, etc.), but can be realised in other states as well. Knight begins his book by describing how Mushin Khan came to translate both the Koran and the hadiths into English. He had a dream where the Prophet came to him covered in sweat. His instinct, in the dream, was to help Muhammad by drinking his sweat.

Since it is written that when Muhammad appears to someone in a dream, it is a true vision of Muhammad's will, Khan consulted a Salafist scholar, who told him to do service to the Sunna. Here, the sweat of the Prophet was read as a message to Khan, and the message was interpreted as an instruction to continue transmitting the knowledge and teaching of the Prophet through a new English translation of the Koran, thus continuing the network of transmission.

In succeeding chapters, Knight proceeds to give examples of how Muhammad's body has been at the centre of creating this network of knowledge and awareness even before he was recognised as the Prophet. Even in the womb, it is said the glow of his holiness could be seen through the light emanating from his mother.

The hadiths as a source of information

Throughout the book, Knight examines all aspects of how Muhammad's body and the body of knowledge and inspiration recorded in his name are almost inseparable, whether the knowledge was transmitted through actual words, through the sharing of information by the Companions and their inheritors of knowledge and then by the hadiths, or through messages conveyed by what his body told people.

He also examines how the information about the Prophet's body and its emissions are mainly found in the hadiths and not the Koran. This puts the whole theory of Muhammad's body firmly in the hands of personal accounts by people who may or may not have a vested interest in their words propagating their own version of Islam.

Knight is careful to mention that one of the ways baraka is put to use is as a means of assessing one's status as a good Muslim. While that is a rather simplistic interpretation to my mind, one can see how powerful bodies in the Shia and Sunni worlds do this to lay claim to being the legitimate expression of the message brought by the Prophet.

For those who are outside the world of academia, the language and means of expressing ideas in the book might make it a little difficult to read, as it isn't something most of us are accustomed to working with. However, it is also the language necessary to express the thoughts and ideas talked about in this book in a rational and dispassionate way. Even in his conclusion, Knight is careful to be as balanced as possible.

Throughout the book, Knight draws upon a variety of sources – both theological and philosophical, from both inside the Muslim community and out – to support the arguments presented. Whether in the discussion of gender representation in terms of who can see what and how angels and others are depicted, or in talking about how the Prophet was able to produce water from his hands in sufficient quantity to provide refreshment for his followers, Knight carefully sources these events back to their hadith origins.

Whether the reader believes or not, Knight has done a wonderful job of showing how these beliefs developed down through the years and how they have impacted the spread of Islam throughout the world. Knight has been a controversial figure in the Muslim world ever since publishing his novel The Taqwacores, but perhaps now, the time has come for people to start assessing him on what he's doing now and not what came before.

Works like Muhammad's Body: Baraka Networks and the Prophetic Assemblage give readers a deeper understanding of the complexity of Islam in particular, and religious belief in general. The more we understand each other's beliefs, the better we will understand each other, which is precisely why we need more works like this one to help keep building the bridges between us.

As the Western world emerges from a holiday season made less festive by COVID-19, millions of children in Afghanistan are starting 2022 facing the prospect of famine, illness, and ... END_OF_DOCUMENT_TOKEN_TO_BE_REPLACED

Russia is seeking to shore up the government of Kazakhstan and is sending in the military. For President Putin, there is more at stake than simply his influence in a partner ... END_OF_DOCUMENT_TOKEN_TO_BE_REPLACED

Their exhausting escape from the Taliban took them from Kabul to Qatar, though European cities and U.S. military bases. But now this Afghan family has finally arrived in a small ... END_OF_DOCUMENT_TOKEN_TO_BE_REPLACED

The catastrophic human rights situation in Bahrain is being largely ignored by the rest of the world. Despite all the damning evidence, which includes a Human Rights Watch report ... END_OF_DOCUMENT_TOKEN_TO_BE_REPLACED

Restrictions imposed by the Taliban after their takeover mostly targeted urban women. Now, the expanded rules could affect all women in Afghanistan. By Monir Ghaedi END_OF_DOCUMENT_TOKEN_TO_BE_REPLACED

Every year in December, the team at Qantara.de takes a look back at the articles that proved most popular with our readers. This year is no different. Here is a run-down of the ... END_OF_DOCUMENT_TOKEN_TO_BE_REPLACED
Author:
Richard Marcus
Date:
Mail:
Send via mail

END_OF_DOCUMENT_TOKEN_TO_BE_REPLACED
Social media
and networks
Subscribe to our
newsletter