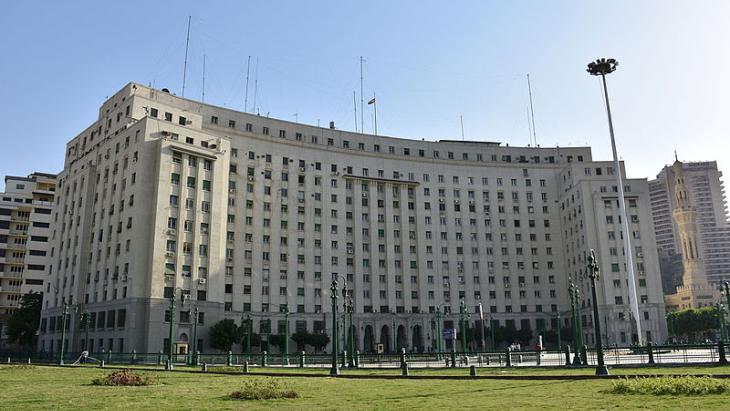 In pursuit of other modernisms

Cairo is often described as an ancient city, full of wonders that are thousands of years old. Yet Mohamed Elshahed persuasively argues, in the newly released "Cairo Since 1900: An Architectural Guide", that the city we see today was largely shaped by twentieth-century concerns. By Marcia Lynx Qualey

In the late 1800s, Cairo had around 350,000 inhabitants. In 1947, the population of Greater Cairo was about 2.5 million. Nowadays, the metropolitan area has surged to accommodate more than 20 million souls.

More people doesn't necessarily mean more architectural marvels, but it does mean more buildings. And Elshahed's project is not merely to describe the most beautiful or strange among Cairo's twentieth-century structures. As Mercedes Volait writes in her foreword, Elshahed's project is less about praising iconic buildings and more about showing "that the city possesses a genuine modern built landscape that has value per se."

Thus, in Cairo Since 1900, we see photos and descriptions not only of unique buildings in Downtown Cairo, Heliopolis, and Zamalek, but also of the 1950s housing developments in suburban Nasr City and the 1950 "Workers' City" in working-class Imbaba. 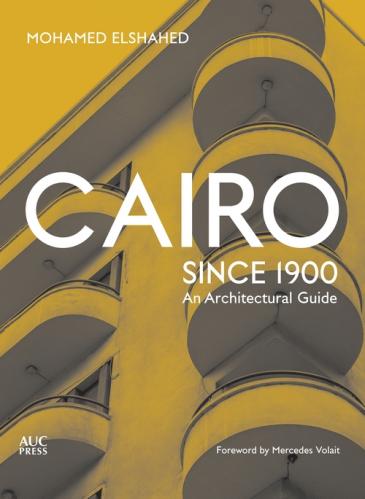 ElShahed says in his book that putting together this new collection was both urgent and challenging. "Part of the urgency," says Marcia Lynx Qualey, "was the speed of demolitions, which are encouraged by current Egyptian law"

But before Elshahed gets to the 226 structures that form the core of his book, he talks about why this period in Egyptian architecture is so often left in shadow. Globally, narratives about Modernism – whether architectural, artistic or literary – often focus exclusively on Western modernist projects. Other modernisms, when they are discussed at all, are usually tacked on as a derivative, or else as Western-driven, part of a colonial project.

Cairo's twentieth-century architectural innovations are further devalued inside Egypt. Elshahed notes that there are "no specialist government or private bodies recognising, archiving, documenting, or protecting Modernist buildings." Moreover, in the architecture departments of Egyptian universities, the period is either marginalised or omitted altogether. Architecture students graduate, Elshahed says, without taking a single survey course on the history of modern architecture in Egypt.

Why does this matter? For one, it makes it harder for Egyptian architects to build on the shoulders of past works, pushing back against mistakes and amplifying successes. But also, Elshahed notes, it means there are too few professionals with the interest or skills to conserve twentieth-century buildings.

As is evident from the 226 structures profiled in the book – representing roughly 120 years of Egyptian architectural development – there is a lot worth conserving. Although some of the buildings in Cairo Since 1900 were designed by Europeans, from the "1930s onward", writes Elshahed, "Cairo's Modernism was not the work of imported architects or experts…but the fruit of local expertise."

Cairo's modernism – as described by Elshahed – isn't defined by any particular philosophy, whether local or foreign. Instead, its hallmark is an eclectic hybridity. Indeed, a reader who leafs through this compact 400-page book will stumble across a wealth of styles married in innovative ways. There is the playful "pseudo-Islamic" style of the Heliopolis Company Buildings erected in 1908; the mélange of elements from Fatimid and Mamluk times that come together in the 1939 Agouza Hospital, designed by Mustafa Fahmy; and the wonderful "Neo-Islamic Brutalism" of the AUC Jameel Building, designed by Dar al-Handasa and completed in 1989. 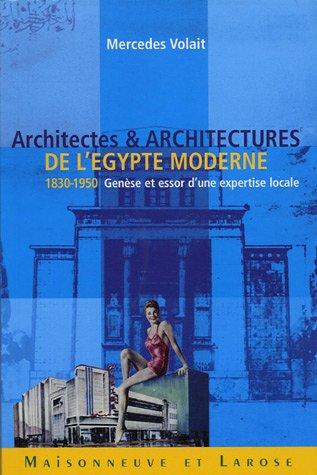 As Mercedes Volait writes in her foreword, Elshahed's project is less about praising iconic buildings and more about showing "that the city possesses a genuine modern built landscape that has value per se". According to Lynx Qualey, "Like Mercedes Volait's 'Architectes et Architectures de l'Egypte moderne' (see above), this knowledge must be shared across languages"

The book, written in a clear and generous style, is a text both for Cairo's architects and for the rest of us. Each page has only a few hundred words of text. Yet Elshahed manages to pack in a lot of detail about how each building came to be, its renovation and uses, as well as occasional anecdotes about famous building owners, such as the great singer Umm Kulthoum.

Elshahed also gives what is perhaps the warmest description of Tahrir Square's Mugamma Building – "the largest administrative building in the Middle East" – ever set to paper. Elshahed helps us step back from the annoyances of its current-day bureaucracy to see what architects Muhammad Kamal Ismail and Fahmy Momen may have intended, with the building's large air shafts, Art Deco features, and "stripped-down elements inspired by Islamic architecture[.]"

The last comprehensive survey of twentieth-century Egyptian architecture appeared more than 30 years ago, in 1989. It was put together by Tawfiq Abdel Gawad, an architect and co-editor of the pioneering Egyptian magazine Al Emara. Putting together this new collection was, ElShahed writes, both urgent and challenging.

Part of the urgency was the speed of demolitions, which are encouraged by current Egyptian law. Egyptian buildings become eligible for heritage status at their hundredth birthday. But getting this status is hardly an honour, as it significantly restricts a building's usage. This "has spawned a lucrative clandestine business specialised in inconspicuously damaging otherwise structurally sound heritage-worthy buildings," Elshahed writes. Methods range from injecting acid into the structure to flooding the foundations.

Photographing the buildings was a further challenge. Those who took the photos in Cairo Since 1900 faced not only the problems of poor lighting, overgrown foliage, protective doormen and layers of advertising signage. They also faced the fact that "Photography in Egyptian streets has become dangerous work; the high security alert makes any photographer suspect who points his or her camera at buildings that are not deemed tourist sites."

Readers thus have good reason to be grateful both to Elshahed and to the photographers whose images appear in this book. If residents, architects, city planners and others are to do right by this brilliant city, the bird's-eye view offered in Cairo Since 1900 is critical. It is unfortunate that, for the moment, the book is available only in English. Like Mercedes Volait's Architectes et Architectures de l'Egypte moderne (1830–1950), this knowledge must be shared across languages. Hopefully, a planned translation to Arabic will be published soon.

Last week Egypt's police stepped up an "unprecedented escalation" on activists by arresting a leading rights group director. Advocates on the Nile have long weathered a crackdown ... END_OF_DOCUMENT_TOKEN_TO_BE_REPLACED

Just like the rest of the world, the Arab region and Arabic-language media have been watching spellbound over the last few days as U.S. President Donald Trump was voted out of ... END_OF_DOCUMENT_TOKEN_TO_BE_REPLACED

Organised by interfaith NGO Religions for Peace, an international conference in Lindau on Lake Constance is dealing with the peace-building role of women inspired by the faith of ... END_OF_DOCUMENT_TOKEN_TO_BE_REPLACED

A victory by Democrat candidate Joe Biden would usher in a new beginning for the Arab world, with attendant changes in U.S. policy. Autocratic leaders in the Middle East have ... END_OF_DOCUMENT_TOKEN_TO_BE_REPLACED

French President Macron's statements that caricatures of Muhammad may still be published have triggered outrage in a number of Muslim states. Turkish President Erdogan is among ... END_OF_DOCUMENT_TOKEN_TO_BE_REPLACED
Author:
Marcia Lynx Qualey
Date:
Mail:
Send via mail

END_OF_DOCUMENT_TOKEN_TO_BE_REPLACED
Social media
and networks
Subscribe to our
newsletter