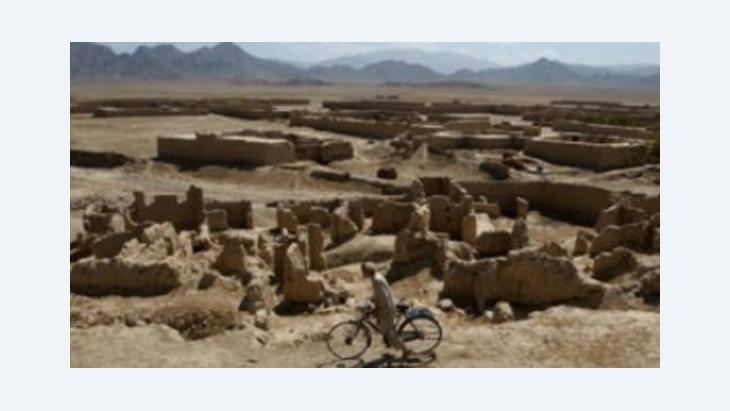 ﻿British–Pakistani novelist Nadeem Aslam has written an important book about Afghanistan, a masterpiece that is both a thing of beauty and of brutality at once. In relating the stories of the fateful lives of his characters, Aslam succeeds in exposing the fabric of the tangled, bloody and complex web that is recent Afghan history. By Sarah Elsing

Marcus, a British doctor, has lived for decades in Usha, a village nestling in the shadow of the Tora Bora mountain range, the vast area that is believed to have once been a place of refuge for Osama Bin Laden. Marcus made the decision to stay, though everything was taken from him. His left hand was hacked off; his beloved wife, Qatrina, was stoned by the Taliban; his daughter Zameen was tortured and raped by the Soviets; his grandson Bihzad kidnapped.

Yet Marcus perseveres alone in his house haunted by memories. It was built by a Persian painter and calligrapher who dedicated each of its rooms to the five senses: sight and hearing, touch, taste and smell, with a final room dedicated to love. Alone in this house, Marcus holds on to the hope that he may one day find his missing grandchild.

Chronicle of a tortured country

According to Sarah Elsing, the novel exposes "the actions of the political powers who have been selfishly pursuing their own interests in Afghanistan for the past 30 years"; one of these powers was the Soviet Union, which invaded Afghanistan in 1979

​​It is around this tragic story that British–Pakistani novelist Nadeem Aslam weaves his historically profound and wide-ranging chronicle of war-and-terror-stricken Afghanistan. Aslam sifts the country's recent history, from the 1980s to post 9/11, in order to expose the actions of the political powers who have been selfishly pursuing their own interests in Afghanistan for the past 30 years.

This, the novel implies, is the root cause of the Russian occupation of Afghanistan in the early eighties, the civil war fought out by the warlords after the Russian withdrawal, the seizure of power by the Taliban at the end of 1995 and, last but not least, the arrival of the Americans in the country just a few weeks after 9/11; those same Americans who now have almost as many soldiers stationed in Afghanistan as the Russians once did.

It is in Marcus's house of the five senses that all of these historical strands come together. The houseguests Marcus gradually gathers around him have, whether they realize it or not, a common past that is revealed as the novel progresses.

There is Lara, a Russian woman, who is searching for her missing brother, Benjamin, and discovers that he was responsible for brutal torture and rape during his twenty-five years in the army and that one of his victims was Marcus's daughter Zameen.

There is David, an American former CIA agent, who was married to Zameen and lived with her and her son. David develops paternal feelings for Casa, a young jihadist, who, badly injured after a failed attack on the village of Usha, manages to find refuge in Marcus's house. There he becomes infatuated by the beautiful Dunia, a devout village schoolteacher who has been rejected by the locals because of her supposedly permissive lifestyle.

By bringing these diverse characters together under one roof, Aslam is able to imbue their voices with a democratic equality. The voice of Marcus is that of a residual representative of the colonial powers, a man who fell for the beauty of the country and the charm of its people and made the decision to spend his life there. 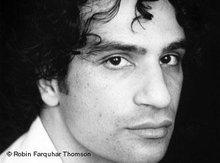 Nadeem Aslam was born in Gujranwala, Pakistan and now lives in England. His book "Maps for Lost Lovers" (2004), was longlisted for the Booker Prize, shortlisted for the IMPAC Prize and was awarded the Kiriyama Prize and the Encore Award

​​The fate of his wife Qatrina – who shortly before being stoned to death herself is forced to cut off one of her husband's hands before an audience – stands for that of all the oppressed women who have suffered so much under the Taliban. As a final act before her arrest, and in a state of mental distress, she had nailed all the books in the house to the ceiling and covered up the Persian calligrapher's illustrations with clay to protect them from destruction at the hands of the Taliban.

Former CIA man David is made to question his support for the imperialist claims of the American occupation forces after he is confronted by the brutality of the American security companies, who choose to follow up on their army contracts by signing up with Afghan warlords. In one particularly horrifying scene, a muscular American, wearing a T-shirt bearing the ultrasound image of his own unborn child at home in America, directs the flame of a blowtorch into the eye of the thirteen-year-old Casa.

It is with the fate of the radicalised Casa, however, a young boy desperately searching for a new home among the Islamist jihadists, that we are brought most intimately into contact. An unsuspecting pawn of the warlords to the bitter end, his death is tragic. 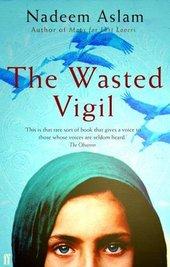 ​​In telling his stories, Aslam avoids passing moral judgements on the almost unbearable savagery he describes. He is not interested in questions of guilt, but rather in laying bare the complexities of the situation in which this ravaged country has been entangled for decades. The high register Aslam adopts for this purpose is exactly right.

The individual lives of the characters are given an historical dimension and the author an aura of the Oriental storyteller. Aslam's style, however, transcends any need for him to become an omniscient narrator.

With remarkable sensitivity, he enters the psyches of his characters, allowing them to tell their own stories from their own perspectives and, through the use of sudden associative flashbacks, to reveal the presence of the past within their souls. Aslam creates key, symbolic moments from the most insignificant events, sparkling lyrical gems that glance and glitter within the smooth flow of the narrative.

Nadeem Aslam's The Wasted Vigil is a great book about Afghanistan – a thing of beauty and of brutality all at once.

Home
Print
Newsletter
More on this topic
Interview with Nadeem Aslam: "Within Three or Four Years the Texture of Pakistani Life Changed"Nadeem Aslam's "Maps for Lost Lovers": A Cosmos of Traditionalist Muslim MigrantsAfghanistan as a Travel Destination: A Mixture of Hospitality, Humour and Brutality
Related Topics
All Topics
Date:
Mail:
Send via mail

END_OF_DOCUMENT_TOKEN_TO_BE_REPLACED
Social media
and networks
Subscribe to our
newsletter