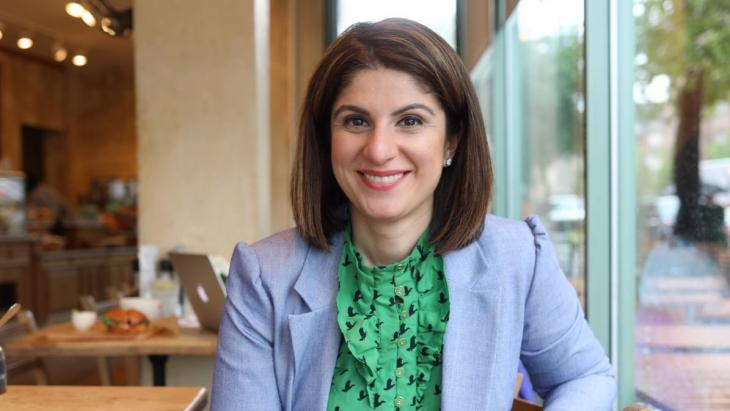 In "Sparks Like Stars", Nadia Hashimi pulls the reader behind the curtain of modern history to peek backstage at the impact of war and terror on individual lives. Richard Marcus read the book

For most of us Afghanistan is a name associated with religious extremism, terror, and warfare. For many people, however, it is also home. In the case of Hashimi's book, the person in question is Sitara Zamani, daughter of the chief advisor to Sardar Daoud, president of Afghanistan before the Soviet invasion. Sitara's life is one of pampered privilege – living in the presidential palace with her best friend, Daoud's granddaughter, and being indulged by everyone, from the armed guards to diplomatic staff.

A precocious and curious child she does her best to eavesdrop on adult conversations. Through her ears we hear how the Cold War between the Russians and the Americans is being played out in Afghanistan even before the 1980 invasion. How her father says that every time either the U.S. or the USSR puts up the money for a dam or other piece of infrastructure, the other has to go one better. President Daoud and his advisors have worked out that if only they can keep playing the two superpowers off against each other, it will be a win-win situation for Afghanistan.

But all that comes to a sudden end when Daoud is ousted in 1979 by a Communist-backed coup. Fortunately, Sitara had slipped out of the bedroom she shared with her parents and her brother in the presidential palace because she couldn't sleep, and so wasn't killed when the palace guards turned on the president. She is only saved from prison or death because one of the guards smuggles her out of the palace compound. After keeping her in his apartment with his family for a few days, he passes her on to an American woman who works for the U.S. diplomatic service in Kabul.

From there Hashimi traces her character's trip to the U.S. – as the only surviving member of one of the ruling families there is a price on her head – which is nothing if not harrowing. After many twists of fate, including a short stint in a cruel foster home, she eventually settles into life in America with her adoptive mother, the woman who first took her in on the streets of Kabul. 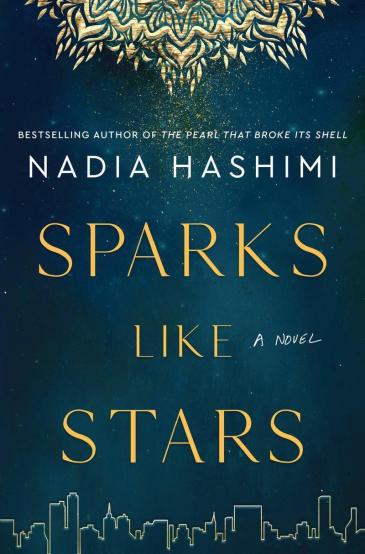 Bold, illuminating, heartbreaking, yet hopeful, "Sparks Like Stars" is a story of home – of America and Afghanistan, tragedy and survival, reinvention and remembrance, told in Nadia Hashimi’s singular voice

Living under the name of her sister Aryana, who was born in America yet but died in infancy, and whose U.S. birth certificate provides Sitara with a much-needed passport, she becomes a successful oncologist. Hiding from her past behind a new name and a new life, she thinks the horrors she experienced are well and truly behind her.

While some of her pain resurfaces in post 9/11 America, when the country in a wave of nationalistic fervor pledges to attack Afghanistan, despite the fact that the majority of the hijackers came from Saudi Arabia, it is a new patient – years later – who breaks through her careful protective barriers like a sledgehammer. How could she expect the same guard who saved her, and whom she still blames for her family's death, to show up in her office?

The floodgates burst on all the pain and anger she had thought dead and buried, all the damage her childhood trauma inflicted upon her. At his next appointment she confronts the former guard – demanding he tell her where her parents' bodies were taken and if he shot them. She goes so far as to travel to his home address and confront him at his apartment, demanding answers he can't – or won't – give.

Even prior to this incident, Hashimi has given us clues as to how fragile Aryana truly is. Little flashes throughout the story provide inklings of trouble to come. Her carefully constructed relationship with her boyfriend that doesn't allow them to spend very much time together is indicative of a reluctance for intimacy common to sufferers of post-traumatic stress disorder (PTSD).

This is coupled with her inability to tell people the truth about who she is and where she comes from paints a clear picture of someone who is deeply traumatised. She lives for her work and almost nothing else. When her past rears its ugly head in her supposed safe haven, it all but destroys her carefully constructed world.

While her adopted mum has long since retired from the American diplomatic corps, she still has contacts. When one of them lets her know the current Afghan government is beginning the process of digging up the graves of people killed in the coup that killed her family, Aryana is determined to return to Afghanistan to see if the bodies of her parents and brother will be among those recovered.

Her memories of Afghanistan from when she was a child have nothing in common with the country that has been devastated by nearly 40 years of constant warfare. What she remembers as thriving and bustling Kabul neighbourhoods are now shattered ruins scattered with the corpses of abandoned cars.

Some of the shock is mitigated when she discovers that the brother of her childhood friend also managed to survive the killing. He and other survivors had been thrown in prison before the Shah of Iran could arrange their evacuation. He has been living in Switzerland and has also been drawn back to Afghanistan by the stories of the government trying to recover the bodies of those killed during the coup.

Hashimi has created a riveting, heartbreaking, and ultimately, life-affirming story. From the descriptions of Sitara's idyllic childhood to the struggles of her adult self, navigating life as Aryana, we're presented with a spellbinding portrait of a person dealing with, and gradually recovering from devastating trauma.

At the same time Hashimi reveals something of the pain the rest of the world has managed to inflict upon Afghanistan. In many ways Sitara's story, spanning the last 40 years or so, is the story of her blighted home country. Indeed, if ever it could be said that a country was suffering collectively from PTSD, Afghanistan would be it: in the account of her character's life, Hashimi brings the point home.

In our media-saturated world, it is often all too easy to be blase about events on the other side of the globe. In Sparks Like Stars Nadia Hashimi presents the traumatic reality – we feel the pain behind the newspaper headlines and experience the sorrow of those whose names are never mentioned in dispatches.

Home
Print
Newsletter
More on this topic
Book review: Raihana Raha's "My Mother's Tales": Fairy tales depicting independent Afghan womenInterview with filmmaker Mariam Ghani: The power of propagandaInterview with Iranian-German author Siba Shakib: "The notion of home is bound up with loss"
Related Topics
9/11, Arab world, Book reviews, History of the Near and Middle East, Literature, Sexism and violence against women, Taliban, U.S. policy in the Middle East, Women in the Islamic world
All Topics

After coming to power, the Islamist group imposed a ban on girls' education, prompting some Afghans to set up an underground school. Hussain Sirat and Ahmad Hakimi spoke to some ... END_OF_DOCUMENT_TOKEN_TO_BE_REPLACED

As the Western world emerges from a holiday season made less festive by COVID-19, millions of children in Afghanistan are starting 2022 facing the prospect of famine, illness, and ... END_OF_DOCUMENT_TOKEN_TO_BE_REPLACED

Each year, thousands of people travel to the Turkish city of Konya to attend a week-long series of events and ceremonies that mark the death of the 13th-century Islamic poet, ... END_OF_DOCUMENT_TOKEN_TO_BE_REPLACED

Their exhausting escape from the Taliban took them from Kabul to Qatar, though European cities and U.S. military bases. But now this Afghan family has finally arrived in a small ... END_OF_DOCUMENT_TOKEN_TO_BE_REPLACED

The Pakistani Taliban, known by the acronym TTP, are regrouping and reorganising, with their leadership headquartered in neighbouring Afghanistan, according to a U.N. report from ... END_OF_DOCUMENT_TOKEN_TO_BE_REPLACED

END_OF_DOCUMENT_TOKEN_TO_BE_REPLACED
Social media
and networks
Subscribe to our
newsletter