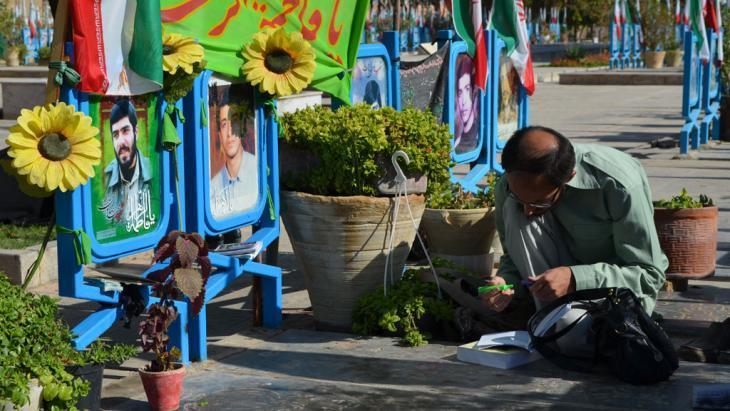 A new book offers a deep insight into Iran's state media apparatus. It gives a first-hand account of the debates around the how the system positions itself – and shows how a new approach is being used in an attempt to win over young people to the Islamic Republic. By Daniel Walter

In January 2020, hundreds of thousands of people took to Iran's streets to mourn the death of Qasem Soleimani. The assassination of the general of the so-called Quds Force by a US drone in Baghdad, it seems, mobilised more than just the usual section of the population that is loyal to the system.

Instead, many Iranians who otherwise never attend the official protest marches – of which there is no shortage in the Islamic Republic's calendar – came out to voice their displeasure and their grief. The demonstrations were widely reported as a sign of patriotic cohesion in the midst of social unrest.

In the light of the information in a new book by the anthropologist Narges Bajoghli, this could be chalked up not least as a success for the media elite of the Islamic Republic. They have been working systematically for the past ten years to move into new media and create a more inclusive, nationalistic understanding of the state.

The researcher from Johns Hopkins University in the US describes the internal debates that preceded this change of direction in her very readable study "Iran Reframed: Anxieties of Power in the Islamic Republic". Over the course of a decade, Bajoghli gained access to the highest circles of the state media elite. The fact that the American-Iranian scholar, whose left-wing family fled the country for political reasons, had made contact with numerous people in the influential veterans' organisations from the Iran-Iraq war for a previous project stood her in good stead. 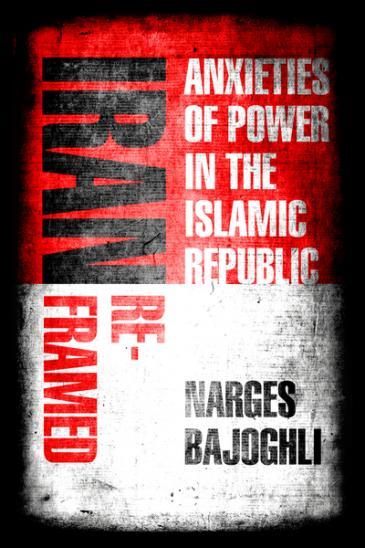 According to Daniel Walter, for anyone wanting to better understand the overarching social dynamics in Iran, Narges Bajoghli's "Iran Reframed: Anxieties of Power in the Islamic Republic" is recommended reading

Bajoghli weaves together this large mass of material to eye-opening effect. At its centre is always the question of how the Islamic Republic's political project can be communicated in a modern way, from the point of view of media-makers who are loyal to the system. Bajoghli's ethnographic approach gives the book a biographical aspect. As she says in the introduction, the intention was that the book would be about not just the state media, but also the men who produce it.

The focus here is first and foremost on three individuals, who are given pseudonyms for their own safety. Two of these are Reza Hosseini and Mohammad Ahmadi. They belong to the first generation of the Islamic Republic's media elite, and come from religious middle and working-class families. Like many people of their age, they joined up as volunteers to fight in the war against Iraq, which lasted from 1980 until 1988.

While Reza Hosseini's hometown of Abadan was devastated, the 15-year-old Mohammad Ahmadi spent just a few weeks on the front lines before a shell took both his legs. Later, he got a job in the Revolutionary Guard's media department and worked with Morteza Avini, probably the Islamic Republic's most famous documentary maker. His multi-part production "The Chronicles of Victory" (revayat-e fath) set the stylistic tone for the influential genre of war documentaries and formed an important part of the propaganda machine.

Avini's films and the state's rapidly growing media apparatus played a major role in the consolidation phase of the Islamic Republic, as Bajoghli notes with reference to the wide-ranging research that exists on "war culture". After the war ended in 1988, the front lines were shifted into the cultural arena – the fatwa issued against the British Indian author Salman Rushdie in February 1989 is a prominent example of this. To this day, state-produced war films remain the most important vehicle for spreading the values of the Islamic Revolution and the Islamic Republic, and have been reinvented with subjects such as the war against IS and in Syria.

The war as a "master narrative"

The two veterans Reza Hosseini and Mohammad Ahmadi who feature in "Iran Reframed" are living representatives of this story. They increased their social standing through the newly-founded political and welfare-state institutions. Narges Bajoghli rightly points here to the immense significance of the 20th century's longest conventional war. It is the war, she says, and not the Revolution, that provides the Islamic Republic's "master narrative".

The third protagonist in Bajoghli's study is the young Mostafa, member of a Basij university group and aspiring media maker. As a representative of the post-war generation, he serves as a point of contrast to the veterans Hosseini and Ahmadi. Although the latter openly expresses criticism on numerous occasions and supported the "Green Movement" in 2009 – he was even attacked by baton-wielding squads during the protests – the three men are united by their loyalty to the Islamic Republic's regime. But on the question of how this regime can be saved in the future, their opinions are very different.

"We’ve lost the youth in our country"

During a discussion in 2012, for instance, Reza Hosseini states bluntly: "These kids don't care about the revolutionary stories we've told them the past thirty years, and it's our own fault. […] We're the ones that need to adapt to the realities of our country." His colleague Mohammad Ahmadi agrees: "We've lost the youth in our country." Bajoghli's sympathetic observations are always worded so vividly that as a reader, it feels as though you are sitting around the table with her subjects.

To solve this problem, the men suggest telling "better stories", to appeal to young people and their needs. The results include Marvel-style video productions like the 2016 "We will resist to the last drop of blood", in which a group of multi-ethnic Iranians defend their country, flag in hand, against an attack by the US military.

Ultimately, Narges Bajoghli sees the arguments over what the right "story" is as a mix of generational and class conflicts. The war veterans holding the reins of power – early members of the Basij and the Revolutionary Guard – preach flexibility and want to do more to accommodate young Iranians. In the author's view, this is because these men and their families have gone up in the world. None of them are sending their own children to join the Basij, as their parents sent them. The populist, glossy nationalism is therefore intended not least to varnish over social inequalities.

But for young guns like Mostafa, who is the first member of his family to join the organisation, climbing the social ladder is a hope for the future, not a story from the past. As a result, he follows a hard line and regards the older men as too ready to compromise.

The author succeeds in her aim to break apart rigid pigeonholes and show how fluid the category of "pro-regime" really is. Critics will say that subtleties of this sort don't make any real difference to those who oppose the Iranian regime. But for anyone wanting to better understand the overarching social dynamics in Iran, this book is recommended reading.

The author is a PhD student at the Leibniz-Zentrum für Zeithistorische Forschung Potsdam, researching German-Iranian relations in the 20th century, with a focus on the 1980s.

With authoritarianism once more gaining ground in the Middle East and North Africa, the European Council on Foreign Relations explores how European diplomats can be more effective ... END_OF_DOCUMENT_TOKEN_TO_BE_REPLACED

Right up until his death, Allameh Tabatabai dedicated himself to the revival of Shia Islam’s intellectual traditions. But few in the West have even heard of this exceptional ... END_OF_DOCUMENT_TOKEN_TO_BE_REPLACED

It is getting hotter and hotter in Iraq. Fifty degrees or more is no longer a rarity. The state between the Euphrates and Tigris rivers is now one of the hottest countries on ... END_OF_DOCUMENT_TOKEN_TO_BE_REPLACED

The Taliban’s victory over the United States in Afghanistan will not only greatly embolden their fellow jihadists, but also shake up the region’s geopolitics. An Afghanistan- ... END_OF_DOCUMENT_TOKEN_TO_BE_REPLACED

The streaming festival "Female Voice of Afghanistan" by the Zeitgenössische Oper Berlin gives Afghan female musicians a global platform – at a time when their situation has ... END_OF_DOCUMENT_TOKEN_TO_BE_REPLACED
Author:
Daniel Walter
Date:
Mail:
Send via mail

END_OF_DOCUMENT_TOKEN_TO_BE_REPLACED
Social media
and networks
Subscribe to our
newsletter