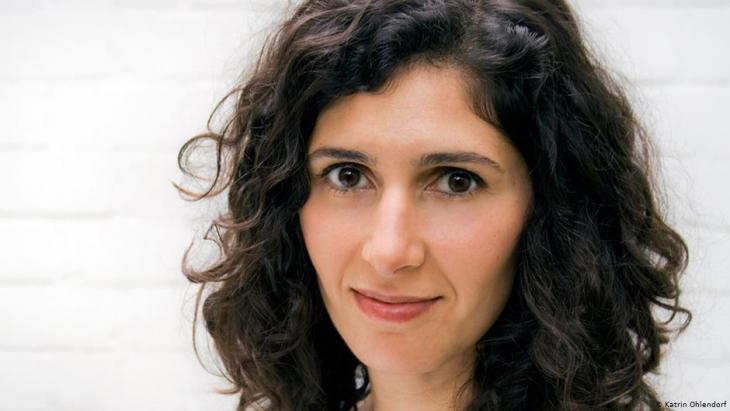 "I will never be a victim again," says Ali Najjar. "And if I don’t want to be a victim, I have to be a perpetrator. For foreigners like you and me, there’s nothing in between. Either I fit in, knuckle down, and for the rest of my life remain the nice, eternally grateful guy from the bad country, who was mercifully granted asylum, and whom they are always able to look down on a little bit – or I play the role of the successful asshole and make my own rules. But then, I have to always be better than the others. Much better."

Najjar, a successful agency boss blessed with the necessary degree of arrogance, is sitting in a dance bar in Dubai with the designer Sina Khoshbin, and while the two professional aesthetes appraise the well-proportioned bodies of the women there, he explains the world – his world. It’s a world that is on the brink of collapse, but Najjar doesn’t know that yet, even if he may be starting to suspect it.

Ali and Sina are the protagonists of Nava Ebrahimi’s new novel "Das Paradies meines Nachbarn" (My Neighbour’s Paradise). It’s her second book. It would be fair to say that her debut, "Sechzehn Wörter" (Sixteen Words, 2017) caused quite a stir. The story of a mother and daughter who travel to their homeland of Iran and are confronted in many ways with fundamental questions of home and identity, it was celebrated by critics and won both the Austrian Book Prize and the Morgenstern Prize. 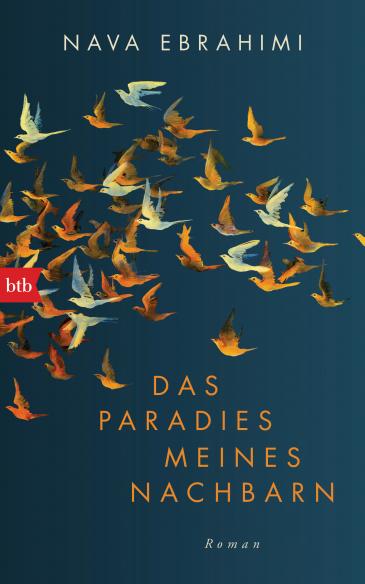 "My Neighbour’s Paradise is ultimately also my neighbour’s hell – and my own. It is not only a book that delves into German-Iranian history and its effects on the present day; it is also a book about life in exile, about connections to the past, about home and the construction of where we call home," writes Wustmann

The question of identity

The author, who was born in Iran and has lived in Germany and Austria since the age of three, very quickly managed to establish herself as a highly talented storyteller and precise observer with an unmistakeable voice. Her debut is a complex and disturbing story, but with a lightness of touch that makes for very easy reading.

Her second novel also moves between Germany and Iran, between Munich, Dubai and Tehran, between the slick, glossy world of the product designer and unbearably empty advertising drivel on the one side, and the murky world of the Iran-Iraq war on the other. And once again, as the passage quoted at the top of this article demonstrates, it poses the question of identity.

Ali Najjar is a big-mouthed bon vivant, who has shaped his own identity after surviving the battlefields of the war and, later, coming to Turkey and then Germany in the boot of a smuggler’s car. He has left all that behind – at least, he convinces himself and others that he has.

But when news of his mother’s death reaches him and the orphan boy Ali-Reza, who took his place all those years ago, summons him to Dubai in order to give him a final letter from his mother, Najjar’s seemingly so clearly-structured world starts to falter. His courage fails him, even if he won’t admit it. He asks Sina Khoshbin to go with him.

Sina is half-Iranian, doesn’t even speak Persian, was born in Germany, is married with one daughter, and designs coffee pots and similar bits and bobs for a living. He has never given any serious thought to Iran, or visited the country.

But even so, not a day goes by when he doesn’t have to deal with the annoyance of people asking him where he’s from. In his late thirties, Sina is slipping into an early mid-life crisis; his daughter is beginning to feel like a stranger, and obvious cracks are appearing in his marriage, but he doesn’t really have the courage to tackle the problems. When Najjar asks him to come to Dubai with him and collect the letter in his place, he jumps at the chance to escape, even if it’s only for a few days.

While Ali Najjar is forced to confront not only his roots, but also the greatest lie of his life, the only failure lies in Sina’s repeated, fruitless attempts to contact his Iranian father, until he finally becomes indifferent to the task.

Quite unlike Ali-Reza, who is the real central character of this story: he’s in a wheelchair, struggling with the long-term effects of an Iraqi poison gas attack – poison gas supplied by Germany, among other countries. German companies, too, have made a packet out of the massacres on the battlefields.

And it is these embedded particles that keep bringing the reader back to the here and now, making it clear that this book is only partly about a war in the 1980s. Because Germany is still selling arms to crisis and war zones, and making a huge amount of money out of death and destruction, while the results of this devastation – the refugees who come to Germany – are to be kept out with ever more rigid policies.

It is never said, but Ali Najjar knows something that can be read everywhere between the lines: these people now fleeing to Germany from war and persecution could just as easily be me. I could be any one of them.

Nava Ebrahimi takes time to build up her story and make her characters relatable, and for a long time the reader is uncertain about where this novel is really heading. But this ensures that the final revelation, the truth about Ali and Ali-Reza, is all the more hard-hitting.

My Neighbour’s Paradise is ultimately also my neighbour’s hell – and my own. It is not only a book that delves into German-Iranian history and its effects on the present day; it is also a book about life in exile, about connections to the past, about home and the construction of where we call home. It is as timely and as relevant as a novel can be in the year 2020.

Anti-Semitic motifs have no place at Germany’s documenta art show or anywhere else in the world, stresses Meron Mendel, director of the Anne Frank Educational Centre in Frankfurt ... END_OF_DOCUMENT_TOKEN_TO_BE_REPLACED

A new exhibition, "Syria – Against Forgetting", at Cologne’s Rautenstrauch-Joest-Museum focuses on Syria's artistic and cultural heritage and pays tribute to the country before ... END_OF_DOCUMENT_TOKEN_TO_BE_REPLACED

Madrid's about-face on the Western Sahara conflict has enraged Algeria. Trade relations have been frozen unilaterally and a cut in gas supplies to Europe could be in the pipeline ... END_OF_DOCUMENT_TOKEN_TO_BE_REPLACED

Yazan Khalili is spokesman for The Question of Funding, a collective of artists taking part in the leading German contemporary art festival Documenta 15. Here, he responds to ... END_OF_DOCUMENT_TOKEN_TO_BE_REPLACED

Mourad al-Marouai was just nine when a landmine killed him on a beach in war-torn Yemen, a tragedy that will haunt his family forever. After a swim, the little boy "suddenly ... END_OF_DOCUMENT_TOKEN_TO_BE_REPLACED

END_OF_DOCUMENT_TOKEN_TO_BE_REPLACED
Social media
and networks
Subscribe to our
newsletter