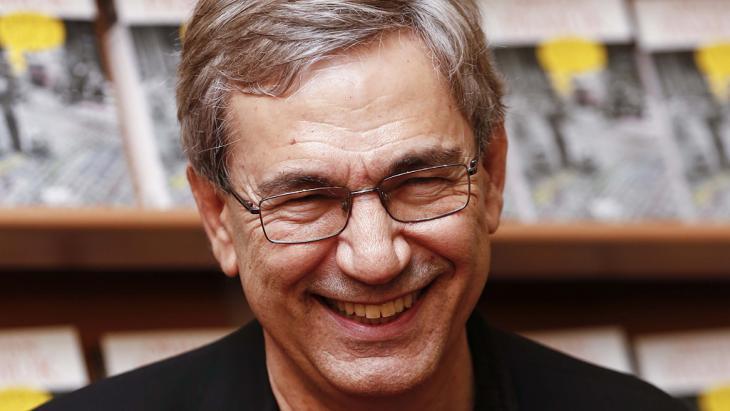 Book review: Orhan Pamuk's novel "A Strangeness in my mind"

A journey through time to a lost world

Opinion in Turkey is divided over Orhan Pamuk. For some, the Nobel laureate is a shining star among Turkish writers. Others view him as a plagiarist and even denounce him as a traitor. His new novel has once again fanned the flames of the debate concerning the author and his work. Ceyda Nurtsch read the book

Keen readers of Orhan Pamuk's novels had to wait six years. Then, in December 2014, the long-awaited work appeared, a hefty family saga of almost 500 pages which – with the protagonists' family tree and a supplementary chronology as an appendix – creates a cosmos all its own. The novel is set in a fictional world that could just as well be reality in the present day.

Just like his debut novel, "Cevdet Bey and his sons" published in the year 1982, "Kafamda Bir Tuhaflik" (A Strangeness in my mind) is a family saga. However, unlike his 2008 novel "The Museum of Innocence", this one is not set in the high-society milieu of the Istanbul neighbourhood of Nisantasi where Pamuk himself originates. On this occasion, he devotes his narrative to those who come from elsewhere, the migrant workers from the small towns of Anatolia seeking their place in the metropolis. 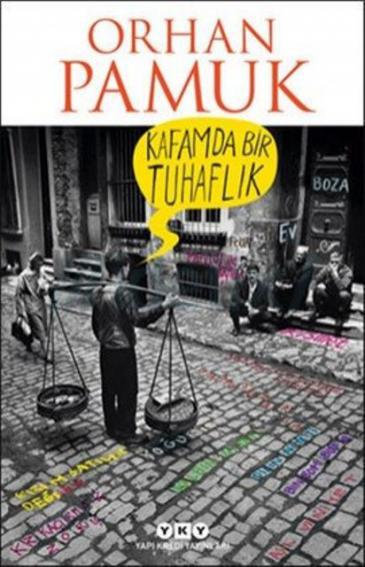 Travelling back in time to bygone centuries: in his new novel, "A strangeness in my mind", Orhan Pamuk relates a Turkish family saga in the manner of a collage through a first-person narrator who is in perpetual dialogue with the reader

The novel spans a period of 30 years and relates the histories of the Aktas und Karatas families. They are related through the two brothers Hasan and Mustafa, who move to the Istanbul districts of Duttepe and Kultepe from the central Anatolian town of Beysehir in the 1970s.

The novel's main protagonist is Mevlut, Mustafa's son. He grows up living with his father in Istanbul, where he attends school, although he leaves without any qualifications and goes to work as a street vendor selling yoghurt – first with his father and then, after his father's death, alone.

Mevlut first encounters Samiha, a girl with beautiful eyes, at a wedding. He writes letters to her for years until he receives a message that she is ready to embark upon a relationship with him. But when it is not Samiha who turns up to run away with him to Istanbul but her sister Rahiya, who has been receiving the letters in error, Mevlut realises there has been a mix-up. This has been caused by his cousin Suleyman, who's keen on Samiha himself. When he absconds with Rahiya, Mevlut begins his journey into "strangeness", a feeling that comes over him again and again and serves as a motif running through the entire novel.

Rahiya leads a contented life with Mevlut, although they are poor. They have two children. Rahiya dies when attempting to abort her third child herself. Years later, Mevlut marries Samiha. She turns out to be more obstinate and less sympathetic than her dead sister. As Mevlut walks the streets night after night selling his wares, he finally realises how closely bound up with the city he is, and that Rahiya meant more to him than anything in the world.

Pamuk tells this family chronicle in the manner of a collage, through a first person narrator who is in perpetual dialogue with the reader. Flashbacks and vox pops reminiscent of a reportage in which the characters tell their story and comment on it, lend the saga a certain dynamic.

Torn between the village and the big city 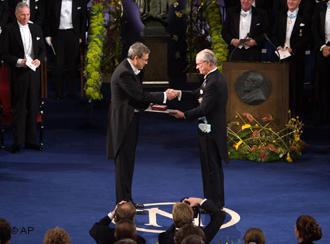 Alongside Yasar Kemal, Orhan Pamuk is one of the most influential Turkish authors of the 20th century. Some critics in Turkey believe that Kemal would have been a more deserving Nobel laureate than Pamuk, who won the award in 2006

In his past novels, Pamuk skilfully equated his "bourgeois" characters with the decline of the former capital Istanbul and the sense of huzun, or melancholy. In contrast, in his new novel, the emotional life of his protagonists and the fact that they are torn between home village and metropolis remains rather superficial in the depiction. But in this novel too, Pamuk's strength lies in the description of Mevlut's feelings as he wanders through the sombre streets: his inner turmoil, a sense of belonging to the city on the one hand, and of constantly searching for something on the other – between reality (the happy life he is leading with Rahiya) and fantasy (what might have been, if Samiha had received the letters and eloped with him).

Pamuk himself has made reference elsewhere to the consciously deployed intertextuality of his post-modern writing style. Thus, the basic mood of the protagonist, strangeness (tuhaflik), is perhaps to be understood as a reference to garip (or: peculiar poetry) – the lyrical genre that was typical of Orhan Veli, one of the best-known urban poets who repeatedly focused on the sense of alienation in the streets, the ambivalent feeling of the poet towards his urban surroundings.

At the same time, Pamuk's migrant story is reminiscent of the poetry of Turgut Uyar, just transposed into the grand form of narrative prose. Uyar's poetry tells of the migrant who – like Mevlut – is swallowed up by house fronts, billboards and anonymity, and who always carries a sense of isolation within him.

The story is embedded in Istanbul between the years 1969 and 2012, with all the fast-paced developments and profound changes that took hold during this period. It is the stage for political developments such as the polarisation between ultra-nationalists and leftists, waves of migration, illegal real estate business and the extinction of old professions such as that of the street vendor peddling yoghurt.

For Cem Erciyes, literary critic at the magazine "Radikal Kitap", this is the essential strength of the book. He views the novel as an urban fable and Mevlut as an immortal hero and symbol of the forgotten Istanbul. The daily newspaper "Taraf", however, was critical, writing that the world Pamuk is trying to describe in his novel seems completely alien to the author. Pamuk, their critic writes, has less affinity with the neighbourhood of Tarlabasi, formerly the district for the lower classes, and more with the description of how the protagonist Mevlut perpetually masturbates in his youth.

Pamuk continues to be a writer that polarises opinion in Turkey. Back in 2006, almost a year before he was awarded the Nobel Prize for Literature, he said in an interview with a Swiss newspaper that 30,000 Kurds and one million Armenians had been killed on Turkish soil and that no one apart from him dared to talk about it. State prosecutors filed a suit against him on charges of "insulting Turkishness"; secular sections of society accused him of "running down his own country" and said he was sucking up to foreign states. And many still believe that the Nobel Prize for Literature should have gone to the late Yasar Kemal.

Literary critics often complain that Pamuk uses foreign intellectual material in his novels. The daily newspaper "Hurriyet" has even accused Pamuk of plagiarism. It claims that "My Name is Red" is a copy of the novel "Ancient Evening" by US author Norman Mailer and that his book "The White Castle" contains passages from a work by Mehmet Fuat Carim. But these accusations have not so far been taken any further.

Pamuk remains a controversial author in Turkey. His strength is his passion in bringing together fragments of everyday life in his city like an archaeologist before losing himself in their stories. Nevertheless, in his latest novel, the characters are not as clearly drawn as the city in which they live. With his novel, Pamuk gives the Istanbul of yore, deluged as it has been by motorways, high-rise buildings and masses of people, a place where it can live on.

Political analyst Taqadum al-Khatib argues that Egypt can, in co-ordination with its European partners, develop a common vision to solve the complex conflict in Libya. For this to ... END_OF_DOCUMENT_TOKEN_TO_BE_REPLACED

Turkey's President Erdogan wants to create a second Bosphorus. The cost to the economy and environment would be enormous – and that's why Istanbul's mayor is attempting to stop ... END_OF_DOCUMENT_TOKEN_TO_BE_REPLACED

Libya is in turmoil and no political solution is in sight. The EU's inability to take concerted action in the country, meanwhile, is being exploited by third parties, such as ... END_OF_DOCUMENT_TOKEN_TO_BE_REPLACED

Taking the Fridays for Future movement as his starting point, Muslim environmental expert Tarik Quadir talks to Marian Brehmer about the connections between Islam and ... END_OF_DOCUMENT_TOKEN_TO_BE_REPLACED

There are only a few thousand Aramaic Christians left in south eastern Anatolia. And they are intent on preserving their ancient culture dating back one-and-a-half millennia. ... END_OF_DOCUMENT_TOKEN_TO_BE_REPLACED

Turkish art patron and businessman Osman Kavala has been in jail for more than two years, accused of wanting to overthrow the government. Beril Eski spoke to him about his life in ... END_OF_DOCUMENT_TOKEN_TO_BE_REPLACED
Author:
Ceyda Nurtsch
Date:
Mail:
Send via mail