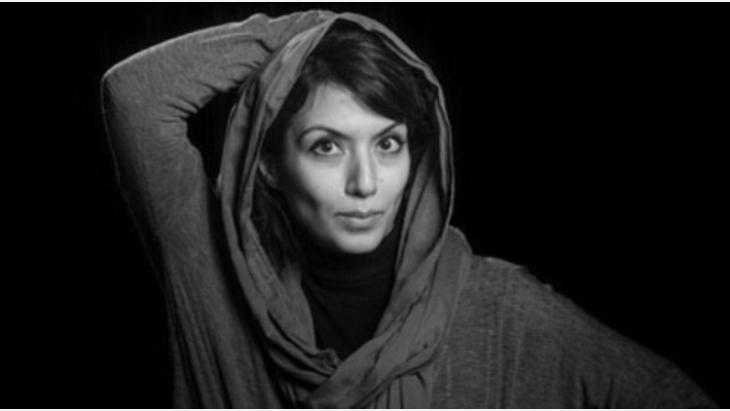 In her novel "Immer mit Zucker" Pajand Soleymani creates a surreal world of cinematic images, intellectual discussion and dreamlike transformation. An unusual reading experience distantly reminiscent of the stories of "One Thousand and One Nights". Volker Kaminski read the book

A young woman wishes to become a writer. She is "possessed by writing" and is planning a "great" book which is not to be found in any bookshop in Iran. She visits a cinema, hoping to gain inspiration and become a "worldly person and expert in history". It is a beautiful old cinema in the heart of the city with soft, red seats. The scheduled film sounds challenging: "The History of Poland and Polish Cinema" announces the poster at the entrance. They are showing the classic Ashes and Diamonds by the director Andrzej Wajda.

But why is the cinema packed with people (despite the film being decades old and screened in the original Polish)? How can it be that the director’s sable tschapka is wrapped around the young woman’s neck "like a collar"? And who is the curious woman dressed all in black in the first seat by the entrance, carefully scrutinising each newcomer, counting them "like an electricity meter"?

An atmosphere of the surreal

In Soleymani’s tale, language and style create an atmosphere of the surreal and unforeseeable. The young woman’s experiences in the cinema are confusing, more like dreams than real life. Yet we are in contemporary Tehran. Sheyda, the young woman, speaks and thinks like young people anywhere in the world who care about the future and the history of their country and want to find their place within it.

Sheyda knows Wajda’s film, which is about the terror of the Second World War in Poland and oppression under communism afterwards. Words wander through her head, ghost-like, words like "axis powers" and "Aryans"; she reads the classic work of non-fiction The Rise and Fall of the Third Reich, intending that the book she is planning will dwell on similarly weighty themes. 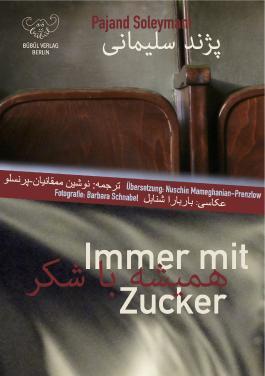 Soleymani has skilfully packed this parable-like adventure into a short and surreal fairytale, which employs artistic language to tell us a lot about the condition of a young intellectual in Iran, without resorting to accusation

Yet she refuses to fall victim to bitterness and melancholy. “My spirit wanted so desperately to fly. It loved being free from fear, flying so far away that it could throw off the woman all dressed in black.”

Her mother once told her, “Don’t write with bitterness. Always add sugar, even if it costs you more, and pour it into your bitter coffee.”

Sheyda wants to follow this worldly advice: as an intellectual woman, she does not want to submit, nor to become bitter, so she advises a young German director whom she meets at the cinema not to portray the difficulties that Iranian women experience in his films and to approach things differently instead: "Try something new! … History’s not important, this topic’s been done to death, it’s worn out. We have so many appealing things."

The narrator’s tale promptly provides proof for this claim. Time and again, the reader encounters "appealing things" within it, unusual events and surprises which transform the small cinematic experience into a magical journey through the past and present of Tehran.

Sheyda herself is not spared these dream-like mutations and is herself transformed into a German artist with blue eyes and blonde hair, finding herself sitting in a cafe in Berlin. "It was as if I had become a stranger to myself." Before she completely loses her sense of self, however, she senses the "diamonds of Daryaye Nur in her heart" and remembers that she is Iranian.

Soleymani has skilfully packed this parable-like adventure into a short and surreal fairy tale, employing artistic language to tell us a lot about the condition of a young intellectual in Iran, without resorting to accusation.

Between Tehran, Berlin and Paris

Soleymani, who lives in Tehran where she works as a theatre director and author, has always been artistically active in cities such as Paris and Berlin. It’s important to be engaged as an artist within Iran too, but looking outward seems to be an important strand of her creative process.

Bubul Verlag, a small press based in Berlin, has published her latest work in a bilingual edition featuring the translation by Nuschin Mameghanian-Prenzlow. The reading experience is all the more pleasurable for the images of the cinema that are included in the book, capturing both the charm of the old cinema halls and the swift pace of life in the big city (photos by Barbara Schnabel).

Seyneb’s spirit is one that yearns for freedom, resisting the temptation to write about her experience as a woman in modern-day Iran with despondency and bitterness, and so it’s no surprise that even the unpleasant women dressed in black, who initially spies on her fellow cinema-goers, ultimately has a change of heart and greets Seyneb as a friend. "I was finally able to look her in the face. In the weak light from the street, she resembled my mother. She was smiling."

The gift she gives Seyneb is nothing other than a little packet of sugar.

This is a heartening tale about resisting appropriation of all kinds; there’s a glimmer of magic at its heart, like a diamond chip.

Iranian artist Parastou Forouhar has lived in Germany since 1991. Full of rage, just like the protesters, she hasn't yet given up on the idea of justice. By Julia Hitz END_OF_DOCUMENT_TOKEN_TO_BE_REPLACED

Unflattering terms were used at a German Football Association human rights congress aimed at "intensifying the discussion" ahead of the World Cup. One speaker in particular made ... END_OF_DOCUMENT_TOKEN_TO_BE_REPLACED

Fariduddin Attar’s "The Conference of the Birds", one of the seminal works of Islamic mysticism, has recently been published in sumptuously illustrated German translation. It ... END_OF_DOCUMENT_TOKEN_TO_BE_REPLACED

Egyptian authorities have Mada Masr in their sights once again after critical reporting. But the editor of the country's last independent news source is adamant they will continue ... END_OF_DOCUMENT_TOKEN_TO_BE_REPLACED

Like Christianity, Europe's history is one of migration. Both have strong roots in the Orient and in cultures thousands of years old. Cultural historian Bernhard Braun invites us ... END_OF_DOCUMENT_TOKEN_TO_BE_REPLACED
Author:
Volker Kaminski
Date:
Mail:
Send via mail

END_OF_DOCUMENT_TOKEN_TO_BE_REPLACED
Social media
and networks
Subscribe to our
newsletter